The Supreme Court of Canada has widened the scope of constitutional rights protections for Indigenous peoples, saying they apply also to non-citizens who do not live in Canada but can show that their ancestors had ties to the land when Europeans arrived.

The 7-2 ruling came in a test case involving an Indigenous hunter from Washington State who shot an elk in British Columbia in 2010, and was charged by a wildlife officer with violating provincial law. The Supreme Court said the hunter has constitutional rights in Canada that protect him from those charges.

But the ruling’s implications are much wider than the right to hunt, fish or trap. The judgment opens the door to the possibility that Indigenous people who are not citizens and live outside of Canada could claim title to lands in Canada, a right to enter Canada and a right to be consulted during development projects. The court said it would leave those questions to another day.

“Many Indigenous nations had their territories cut by the international boundary, from the Maritimes all the way to the West Coast,” Kent McNeil, a leading authority in aboriginal law and a professor emeritus at Osgoode Hall Law School, said in an interview. “This could mean that a lot of Indigenous members of those nations who have lived in the United States for a long time would have aboriginal rights in Canada.”

Behind the decade-long legal fight that culminated in Friday’s ruling is the story of a people declared extinct by the Canadian government in 1956, but still seeking, from beyond Canada’s borders, to re-establish rights connected to their ancestral lands. The group has been known as the Sinixt, or Lakes or Arrow Lakes people.

In 2010, Richard Lee Desautel, a member of the Lakes Tribe in Washington State, entered Canada legally and shot a cow-elk in Castlegar, B.C., on what he said was his people’s traditional territory, then reported the act to provincial wildlife officers. He was charged with hunting without a license and hunting big game while not being a resident of the province.

He went to court to challenge the charges.

A lower-court judge found that the Sinixt had lived for thousands of years on lands between the present-day Kootenay region near Revelstoke and Kettle Falls in the United States. The people’s move off their lands was not voluntary, the judge determined.

Section 35 of the 1982 Constitution, called “Rights of the Aboriginal Peoples of Canada,” protects a wide range of pre-existing rights. But in the 1981 constitutional talks, nothing explicit was said about whether non-citizens beyond Canada’s borders could hold those rights.

The B.C. government argued, among other things, that Mr. Desautel could not have a constitutional right to hunt in Canada when he did not have a constitutional right to enter the country. The federal government, and several provinces that share land borders with the United States, raised concerns about the duty to consult and other implications of granting non-resident, non-citizens constitutional protections under Section 35. National aboriginal organizations and several bands intervened on the other side.

Mr. Desautel won at three lower-court levels. The B.C. Court of Appeal said it was not necessary to consider Mr. Desautel’s right to cross the border. It also said practical concerns about the duty to consult could not prevent a court from recognizing the inherent rights of Indigenous peoples.

The Supreme Court endorsed the lower-court rulings. Under Section 35, “The Aboriginal peoples of Canada . . . are the modern successors of those Aboriginal societies that occupied Canadian territory at the time of European contact. This may include Aboriginal groups that are now outside Canada,” Justice Malcolm Rowe wrote for the majority. The right claimed must continue a practice that existed before contact with European settlers, he said.

Dissenting, Justice Suzanne Côté wrote that the Constitution’s founders had an “implicit” understanding that the purpose of Section 35 was to protect only Indigenous peoples who are members of and participants in Canadian society. In a separate dissent, Justice Michael Moldaver said Mr. Desautel failed to prove continuity with pre-contact practices.

Mr. Desautel said the ruling means everything to him.

Rodney Cawston, chairman of the Colville Reservation and the Sinixt Confederacy, which includes the Lakes Tribe and has about 3,000 members, said the ruling means his people in the U.S. can now work with provincial officials and members of his people who are still in Canada to protect ancestral gravesites and other sacred sites, and improve the habitat for salmon.

“It’s important for our future generations that we can bring them back to our ancestral homelands to enjoy those homelands like our ancestors once did, and to build a very strong identity with them,” he said in an interview.

“Indigenous peoples on both sides of the border see [the border] as the ultimate expression of colonization,” Bruce McIvor, a lawyer representing the Indigenous Bar Association, which intervened in the case, said in an interview. “And the court said ... that the aboriginal peoples of Canada are those that existed at the time of contact.”

Murray Rankin, B.C.’s Minister of Indigenous Relations and Reconciliation, said the decision “contributes to our understanding of aboriginal law in Canada, and it will help guide the province as we continue our work together with Indigenous peoples.”

The federal government had not responded to a request for comment by late Friday.

Mining sector will have to adapt as B.C. looks to implement UN declaration on Indigenous rights
March 28, 2021 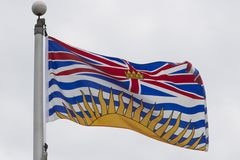 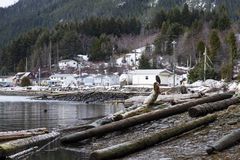