The long-awaited judgment comes just about a year after the Supreme Court of Canada heard arguments in a case that pitted Alberta and its energy regulator against the provincially owned bank ATB Financial Corp.

The decision could have knock-on effects far beyond the province, with potential to upend rules that determine who pays to clean up when a polluter goes bankrupt in sectors ranging from mining to oil and gas and quarrying.

“This raises all sorts of hot-button issues,” said Melanie Gaston, a commercial litigator and partner in the Calgary office of law firm Osler, Hoskin and Harcourt LLP.

“Most other provinces have mining interests and other sorts of natural resource extraction regimes that bring with them reclamation, abandonment and other environmental challenges.”

A receiver appointed to liquidate Redwater’s assets had sought to sell only its most profitable oil wells and disclaim the rest, leaving responsibility for cleanup to the wider industry.

The Alberta Energy Regulator (AER) objected, fearing it could set a dangerous precedent as oil and gas prices sank and numerous companies found themselves in financial distress.

But a lower court sided with Redwater’s lender, ATB Financial, in effect putting the bank’s interest to recoup money on a soured loan ahead of the regulator’s ability to enforce cleanup as set out in provincial regulations. The AER appealed that decision.

The case before the Supreme Court triggered interventions from the country’s biggest oil companies, environmentalists, landowner groups and attorneys-general across Canada.

The AER warned that fallout from a failed appeal could further strain an industry and province that has struggled to fund remediation of tens of thousands of aging oil and gas wells.

However, there are fears that a ruling in the regulator’s favour may heap pressure on capital-starved companies by making it tougher to raise money from major banks.

“Certain names will definitely feel a bigger impact with less ability to raise capital, is what it’s going to come down to," he said by phone. “There’s just going to be more scrutiny.”

The industry is already under pressure. A Globe investigation last year found about 20 per cent of all oil and gas wells in B.C., Alberta and Saskatchewan are inactive, and that there are 54,147 more inactive wells today than there were in 2005. Such wells no longer produce oil and gas, but have not been plugged. And some have languished for decades.

Premier Rachel Notley’s NDP government has offered $235-million in loans to accelerate cleanup of defunct wells. Those wells have no solvent operator; their number in Alberta alone has swelled to 4,349, up from 545 in 2014, after a string of corporate bankruptcies.

The three provinces have been reluctant to introduce more stringent regulations that would force companies to tackle the glut of inactive sites, although B.C. has said it plans to set cleanup timelines this spring.

Change could be swift. Saskatchewan has signalled it would look to collect cleanup deposits before companies drill a well, a major shift from current policies, should the appeal fail.

Meanwhile, the lobby group representing Suncor Energy Inc., Canadian Natural Resources Ltd. and other major oil companies warned that such an outcome would undermine support for a dedicated fund set up by the industry to shield taxpayers from environmental liabilities.

“Competitors are not in the business of paying their competitor’s bills,” it told the court. 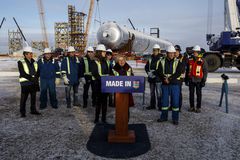 A common-sense approach to leadership
November 20, 2018 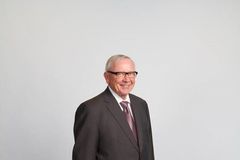