At Wednesday’s scheduled hearing, Vice Media planned to urge the Supreme Court of Canada to overturn a ruling that reporter Ben Makuch give the RCMP materials related to interviews he did with an accused terrorist. Vice argues that being forced to comply with the order would seriously undermine the ability of journalists to do their jobs in the public interest.

“This case involves an extraordinary request by police for production of unpublished communications, in the form of text messages between an innocent journalist and a source, for use directly as evidence in a criminal prosecution against the source,” Vice argues in its written materials.

“Despite the uncontradicted evidence filed in this case addressing the chilling effects that arise from direct access to journalist source communications for prosecution purposes, the courts below serially imposed and upheld the production order as requested.”

The materials at issue relate to three stories Makuch wrote in 2014 on Farah Shirdon, 22, of Calgary, who police charged in absentia with various terrorism-related offences. The articles were largely based on conversations Makuch had with Shirdon, who was said to be in Iraq, via an online instant messaging app, Kik Messenger.

With court permission, RCMP sought access to Makuch’s screen captures and logs of those chats. Makuch refused to hand them over, prompting the ongoing court battle.

Both the RCMP and the government argued successfully at two levels of court that access to the chat logs was essential to the ongoing investigation into Shirdon, who may or may not have been killed in an air strike in 2015. They maintained journalists have no special rights to withhold crucial information – and the law in that regard is well settled.

“Contrary to the appellants’ submissions, the courts have not been acting as ‘rubber stamps’ favouring the interests of law enforcement at the expense of freedom of expression,” the government argues in its written materials. “The production order is reasonable.”

Those lower court decisions, however, have alarmed media and free expression groups, several of which have won permission to intervene in the case.

A media coalition, comprising organizations such as the Aboriginal Peoples Television Network, the Canadian Association of Journalists, Global News and Postmedia, maintains lower courts have tilted “almost exclusively in favour of the state and against the media.”

The coalition argues the Supreme Court should focus on the media’s “privacy interests,” not just on the potential for making sources reluctant to talk to reporters.

“Intruding on those (privacy) interests causes harm beyond a chilling effect on sources, stifling the news-gathering process and undermining the perceived impartiality of media organizations in a number of different ways,” the coalition says.

For its part, the Ontario government argues the current system works well and does not need to be changed.

In an initial ruling, Superior Court Justice Ian MacDonnell said the public had a strong interest in the effective investigation and prosecution of serious allegations. The Ontario Court of Appeal agreed, finding the prosecution had no obligation to prove the requested information was essential to the RCMP case.

Makuch, who maintains he published all information relevant to the public, has said he was fighting legally both for himself and on behalf of all journalists in Canada.

“This is an extremely important matter,” Makuch said. 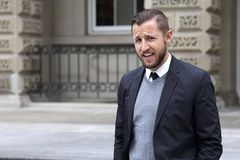 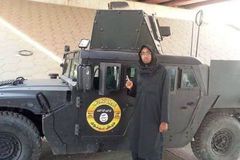 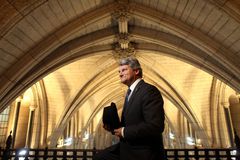