The Supreme Court of Canada has overwhelmingly sided with Hydro-Québec in a bitter, decades-long dispute over an energy agreement with Newfoundland and Labrador.

On one side was the Newfoundland and Labrador Crown corporation that now controls the hydroelectric project at Churchill Falls. On the other was the Quebec utility.

Churchill Falls (Labrador) Corp. Ltd. (CFLCo) had demanded that Hydro-Québec renegotiate a 1969 deal that has produced billions of dollars in profits for Quebec’s public utility. Churchill Falls’s arguments − that the parties had an obligation to act in good faith; that changes in the energy market were not foreseeable, that the balance in the original contract is now out of whack − were rejected by the Supreme Court.

“The evidence does not show that Hydro‑Québec is acting in bad faith or refusing to accommodate [the generating station’s] situation,” Justice Clément Gascon, one of the court’s three Quebec judges, wrote for the 7-1 majority.

The lone dissent came from the court’s first and only member from Newfoundland and Labrador. Justice Malcolm Rowe said the contract was of a special type, known as “relational,” in which the two sides were in effect partners obliged to co-operate – especially given massive changes in the electricity market since 1969.

“Given the fundamental transformation of hydroelectric power from public good to private commodity,” he wrote, “I cannot conclude that the parties intended the pricing formula in the Power Contract to operate under any and all circumstances, come hell or high water.”

The 1969 contract – which runs till 2041 – obliged the CFLCo to sell energy at fixed prices in return for guarantees that Hydro-Québec would pay for any cost overruns in construction. That guarantee, and the long-term purchase plan, enabled Churchill Falls to finance construction of the energy-producing plant.

The Churchill Falls corporation was run at the time by a consortium of British and Canadian mining, banking and industrial leaders – not a group generally considered weak or vulnerable in a negotiation. Eventually it became a Crown corporation.

As the price of energy rose, Hydro-Québec’s mandate changed, and the utility began to resell the energy to other markets at vastly higher prices than it pays, reaping more than $26-billion in profits. But the court said the agreement was negotiated between sophisticated business people on both sides, and was fair when signed and continues to be fair, because the building of the plant, now worth $20-billion, was contingent on guarantees provided by Hydro-Québec at the time.

The nearly 10-year legal battle followed two other cases that had reached the Supreme Court in connection with the agreement. Hydro-Québec had won both. (In the current case, Hydro-Québec had also won at Quebec Superior Court and in a 5-0 ruling at the Quebec Court of Appeal.) And on Friday, Nalcor Energy, a provincial Crown corporation created in 2007 that now runs Churchill Falls, sounded grudgingly ready to accept defeat.

“Given the impacts that this contract has had on the Province and the provincial treasury, every legal avenue was explored in both the Quebec court and the Supreme Court of Canada to see the province benefit from its natural resources,” it said in a statement. “This decision is final … we are disappointed with the outcome but will continue to honour the contract and continue to work co-operatively with Hydro-Québec.”

The deal has created hostility toward Quebec for years, not just in political offices but on the streets of cities and towns in Newfoundland and Labrador.

“The hostility is not to the deal but to what is said about the deal,” Pierre Bienvenu, a Montreal lawyer who represented Hydro-Québec, said in an interview. “And what has been repeatedly and incorrectly said about this deal. That is the value of this judgment, anchored as it is in facts, as found by three levels of court in a very rigorous and impartial process."

He said a key fact is that the Churchill Falls project would never have existed without the 1969 deal.

He added: “What I’m hoping is that this will be the beginning of a new chapter where these parties, their respective shareholders, will look at joint opportunities. Will look at not how they would have preferred the past to unfold, but how the future should unfold.”

Opinion
Why the curse of Churchill Falls will continue to haunt Newfoundland
November 2, 2018 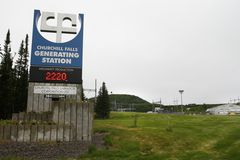