Gig workers have won a major victory in the Supreme Court of Canada, in a ruling that allows Uber workers to sue in Ontario for benefits and vacation pay.

David Heller, an UberEats driver in Toronto earning $400 to $600 a week for up to 50 hours of work, launched a $400-million proposed class-action lawsuit in 2017. He contended that Uber drivers are employees, not contractors, and that Uber owed them vacation pay and minimum wage under Ontario’s employment standards law. Uber replied that Mr. Heller had signed a contract requiring any disputes be resolved individually, and through arbitration – in Amsterdam, where the company has its headquarters.

But the contract Mr. Heller signed said nothing about the cost of applying for arbitration – US$14,500, up front, in administrative fees. Taking into account the costs of flying to the Netherlands, lost income, and the taxes and expenses that Mr. Heller pays from his Uber income, the arbitration was a losing proposition for the driver, the Supreme Court said.

That, said the court, was “unconscionable.” Mr. Heller had had no choice but to sign the standard-form 14-page contract if he wanted the job; the terms were not negotiable; and there was a “gulf in sophistication” between the food deliveryman and Uber, a large multinational corporation. Mr. Heller could not be expected to appreciate international arbitration law, especially since no information on the process was attached to the contract, the court said.

“When arbitration is realistically unattainable, it amounts to no dispute resolution mechanism at all,” Justice Rosalie Abella and Justice Malcolm Rowe wrote for seven judges in the 8-1 ruling. (Justice Russell Brown wrote a separate concurring opinion, while Justice Suzanne Côté was the sole dissenter.)

In a statement, an Uber spokesman said the company will abide by the ruling. “Going forward, dispute resolution will be more accessible to drivers, bringing Uber Canada closer in line with other jurisdictions. We are proud to offer a flexible earning opportunity to tens of thousands of independent drivers throughout Ontario,” it read.

The ruling has wide importance for gig workers, a growing proportion of the Canadian work force who usually lack the benefits of traditional employment because they are often seen as freelancers, and not employees. In 2016, a labour force survey found that 8.2 per cent of the work force are gig workers.

“Gig workers have made it clear that the status quo doesn’t work any more, and CUPW is pleased to see the country’s highest court agrees,” said Jan Simpson, national president of the Canadian Union of Postal Workers.

But the ruling’s importance is broader still, said David Doorey, who teaches labour law at York University in Toronto. “It means employers cannot block access to class action lawsuits by employees alleging employment standards violations by forcing employees into arbitration. That possibility was one of the greatest threats to access to justice posed by mandatory arbitration clauses.” Such clauses are often used in the United States, he said.

Marina Pavlovic, who teaches law at the University of Ottawa, said companies “will have to be more careful in drafting their contracts not to unduly disadvantage the gig workers.” The biggest impact may be ahead, she added, if the class action receives certification and ultimately a ruling that the workers are employees.

The ruling was the latest by the Supreme Court to assert Canadians’ right to access their own courts in disputes with a global dimension.

In 2017, the court allowed a class-action lawsuit against Facebook to proceed in British Columbia, despite a clause in the company’s terms of use stipulating all lawsuits must be heard in California. The court said Internet companies cannot require their members to sign away their right to be heard in Canadian courts when basic rights are at stake.

The Uber ruling has wide importance for all Canadian workers, according to Lior Samfiru, a lawyer for Mr. Heller. “A ruling in Uber’s favour would have meant employers could have done whatever they want, pay employees, not pay employees, abide by laws, not abide by laws, without any repercussions. Employment laws have no value if you don’t have a mechanism to enforce those laws and rights,” he said.

At least a dozen major multinationals employing gig workers have arbitration provisions, including Lyft, DoorDash and Postmates, said Michael Wright, another of Mr. Heller’s lawyers. Not all arbitration clauses are as “draconian” as Uber’s, he added. (For instance, Lyft’s website says that any arbitration hearings would take place in the area in which a driver provides services.) And Uber has a different contract in California, which makes arbitration a choice, not a requirement, and sets California as the location for the hearing, Mr. Wright said.

Thomas McKechnie, a former Foodora courier who helped its workers organize before the company left Canada this year, praised the Supreme Court’s ruling, and described companies such as Uber as “weaponizing the power imbalance between them … and individuals who are seeking to have a decent life.”

Uber had won at a lower court, when Ontario Superior Court Justice Paul Perell ruled that the arbitrator in the Netherlands should decide whether it had jurisdiction. The Ontario Court of Appeal dismissed that ruling, saying that the contract was unconscionable, and that companies couldn’t contract out of provincial labour law. 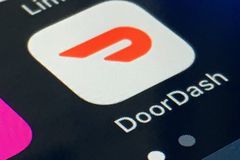 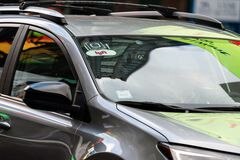 Some Uber drivers fight for unionization at labour board hearing
Subscriber content
June 5, 2020 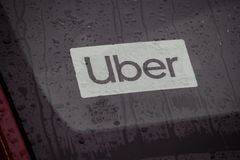 Follow Sean Fine and Josh O’Kane on Twitter @seanfineglobe @joshokane
Report an error Editorial code of conduct
Due to technical reasons, we have temporarily removed commenting from our articles. We hope to have this fixed soon. Thank you for your patience. If you are looking to give feedback on our new site, please send it along to feedback@globeandmail.com. If you want to write a letter to the editor, please forward to letters@globeandmail.com.
Comments