Canada is experiencing a resurgence of COVID-19 in places that had suppressed the virus, including in the West and in the country’s capital, where young partygoers are being blamed for a spike in infections.

Ottawa reported 43 cases of COVID-19 on Tuesday, the most in a single day since mid-May. The city has reported dozens of new infections in the past week, contributing to a recent upswing in virus cases in the four largest provinces: Ontario, Quebec, Alberta and British Columbia.

While B.C. was hailed for bringing the virus to heel early in the pandemic, the increase in cases there prompted Provincial Health Officer Bonnie Henry to warn of “explosive growth” in new cases if people don’t take appropriate precautions over the summer.

Alberta, meanwhile, reported 141 new infections on Tuesday, on top of 368 confirmed since Friday, making the province’s rise in per-capita cases the steepest in the country.

Public-health officials say many of the new cases can be traced to the reopening of parts of the economy, including indoor bars, restaurants and wineries, and to private gatherings and house parties where people are failing to stay two metres apart.

In both scenarios, some Canadians – particularly young adults – have grown weary of separating themselves from friends and family to control the spread of the virus, said Howard Njoo, Canada’s deputy chief public health officer.

“I think there is a fatigue factor in terms of trying to maintain all of those good public-health measures,” Dr. Njoo said, adding that some teenagers and twentysomethings may feel “invincible” because the novel coronavirus disproportionately kills the elderly.

In Ottawa, associate medical officer of health Brent Moloughney, said the spike in infections, most of which were diagnosed in people under 30, was because of private indoor gatherings, not to the recent reopening of indoor dining and drinking. Ottawa restaurants and bars only began welcoming customers inside on Friday, when the city moved to the third phase of the province’s reopening schedule.

Spike in Ontario cremations could reflect underreporting of COVID-19 deaths

“Most of the cases are occurring in informal settings, like homes and cottages, where people are gathering in large numbers socially and without distancing,” Dr. Moloughney said.

Ontario Premier Doug Ford had a blunter message for what he called the “couple per cent [who] are going a little hog wild,” since restrictions have eased. “Guys, you gotta rein it in. Simple as that,” he said. “You may get through it, but maybe your grandparents won’t get through it.”

The increase in cases is a slight reversal of fortune for Canada, which has mostly succeeded in bending the curve downward, paving the way for provinces to allow more businesses and services to reopen.

Dr. Njoo said the country was recently averaging about 300 new cases a day. “Now we’re in the neighbourhood of 450, 460 cases per day for the last four days,” he said Tuesday.

That increase is relatively small compared with the paroxysm of new COVID-19 infections in the United States. California, which has roughly the same population as Canada, reported more than 11,500 new cases on Monday alone. Like several other Southern and Western states grappling with major outbreaks, California recently ordered its indoor bars and restaurants, salons and gyms to close again.

Ashleigh Tuite, an infectious disease epidemiologist at the Dalla Lana School of Public Health at the University of Toronto, said it was “too early” to decide if the number of new cases in Canada had risen high enough to warrant stopping the reopening plans.

She said while new cases have been seen in mostly younger people and has not resulted in an uptick in hospitalizations, the risk is the virus will transmit to older people, who are more likely to need admission to hospital and more intensive-care beds.

“I would say we’re at a point, right now, where sort of watchful waiting is probably the most appropriate response,” Dr. Tuite said. “I do think that moving forward, more reopening is not advisable.”

Ontario initially reported 203 new cases of the coronavirus on Tuesday, 57 per cent of which were in people 39 or younger.

It would have been the first time since June 29 that the province had posted more than 200 new infections in a day, but Mississauga Mayor Bonnie Crombie later told a news conference that an unusually high number from Peel Region was because of a reporting backlog as the region moved to a new data system.

The region west of Toronto had 22 new cases Tuesday, not 57 as the province reported, Ms. Crombie said.

B.C. confirmed 30 new cases on Tuesday, on top of 102 since Friday. The province now has 266 active cases – the most since late May.

Much of the increase is in B.C.‘s Interior. More than 60 cases have been traced back to events and parties in Kelowna over the Canada Day long weekend.

In Alberta, where officials announced Tuesday that students would return to school full-time in September, Chief Medical Officer of Health Deena Hinshaw stressed there are no risk-free approaches to living with COVID-19.

“Yet we still have to live with it,” she said. “There are no easy choices in front of us.”

Editor’s note: A previous version of this story incorrectly said a spike of COVID-19 infections in Ottawa was for the most part among people under 20.

B.C. announces funding for search and rescue groups amid spike in calls
July 21, 2020 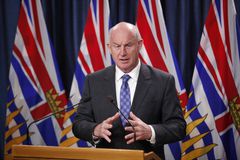 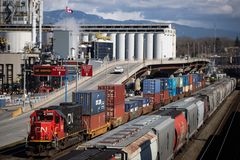 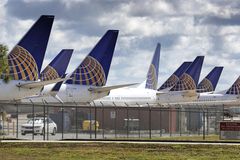 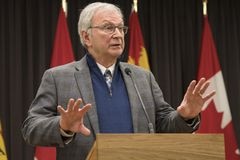 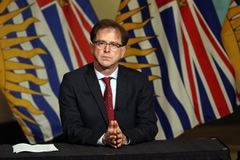 Follow Kelly Grant and Andrea Woo on Twitter @kellygrant1 @andreawoo
Report an error Editorial code of conduct
Due to technical reasons, we have temporarily removed commenting from our articles. We hope to have this fixed soon. Thank you for your patience. If you are looking to give feedback on our new site, please send it along to feedback@globeandmail.com. If you want to write a letter to the editor, please forward to letters@globeandmail.com.
Comments