Environmental conservation should be Ottawa’s highest priority in the creation of a national food policy, according to a public survey conducted by the government.

Since late 2015, Agriculture and Agri-Food Canada has been working toward the development of a national food policy meant to focus on four themes: food security; health and food safety; economic growth; and the environment. The department released the results of its public consultations this week, a report that compiles the views of the food industry, stakeholder groups and the public – offering a glimpse into Ottawa's priorities and the expectations placed upon them.

Of the almost 45,000 online survey respondents, 45 per cent ranked “conserving our soil, water and air” as their highest priority. This was followed by “increasing access to affordable food” (32 per cent); “improving health and food safety” (13 per cent); and “growing more high quality food” (11 per cent). In addition to the online surveys, AAFC also conducted town halls and meetings with food and health organizations, academics and industry groups.

"The way food is produced, processed, distributed, consumed and disposed of can have implications for soil, water, greenhouse gas emissions and biodiversity," a statement from Agriculture Minister Lawrence MacAulay said. "While much is being done to protect natural resources in the production of food, to continue to meet growing demand, environmental conservation is a priority for our government."

It's not yet known when a draft proposal of the actual policy will be released.

Respondents listed a range of environmental issues of concern, including ensuring agricultural land preservation; the importance of biodiversity; and the relationship between climate change and agricultural production.

“Climate change was viewed as a significant issue during the consultations,” the report said. “It was also suggested that more attention be paid to emergency planning and preparation for the impacts of flooding and climate change on the food system.”

Martin Settle, the executive director of the sustainable farming group USC Canada, said he's encouraged by the report. “There’s growing awareness of the impact of our food systems on the environment and vice versa,” he said. "Growing food at the expense of the environment doesn't work over time."

Suggestions from respondents included specific actions on reducing food waste, increasing education around sustainable farming and fishing practices and boosting scrutiny on the use of pesticides.

When the government first began its work, Diana Bronson, the executive director of Food Secure Canada, a non-profit organization focused on advancing food security, was one of many skeptics who worried that the resulting policy would focus on increasing agricultural production above all else. Since then, she said she's seen a broadening of priorities in AAFC's messaging, suggesting that the government is taking into account that all of the themes – the environment, food security, health and the economy – are interrelated.

"Broadening is good," she said. "There's a lot of references to 'breaking down silos' and a lot of good words around 'inclusion' and 'policy coherence.'"

The theme of food security – and increasing access to affordable food – elicited the most comments. Respondents emphasized a range of concerns, including supporting local solutions and the importance of recognizing food security as an issue of income. Some participants also called on Ottawa to create a national basic guaranteed income program.

Many respondents also stressed the need to improve access to food in Indigenous and northern communities – including improvements to Nutrition North Canada, a federal program – as well as addressing systemic problems, such as high transportation costs.

And on the issue of food safety, many asked the government to address the problem of food fraud, or the deliberate misrepresentation of food, in Canada. Others also expressed concern over misleading food labels, calling for new or enhanced definitions for labels such as "hormone-free," "genetically modified" and "antibiotic-free."

Despite their optimism, both Mr. Settle and Ms. Bronson said they're anxiously awaiting the actual policy to see whether it delivers on their hopes.

"What we're seeing now is the 'what we heard' document. There's some really good things that it sounds like they've heard," Mr. Settle said. "But it's too early to say whether what they've heard will translate into actual policy." 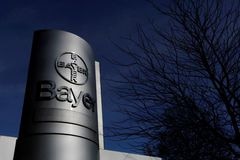 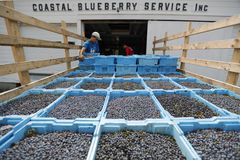 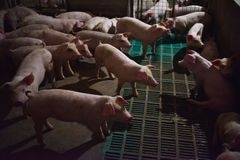