When students arrive in Matthew Acheson’s high-school classroom this week, they’ll be allowed to take their phones to their desks, but only once they’ve tucked them inside a specialized pouch that then locks, blocking any access to WiFi and social media apps. Similar to an ink tag to prevent shoplifting, the cases can only be opened at an unlocking device controlled by their teacher. It’s just another attempt at the seemingly impossible: separating teens from their smartphones.

"This has been the one thing that has actually worked,” said Mr. Acheson, who teaches Grade 11 and 12 at St. Mary’s High School in Kitchener, Ont. Over the past few years, Mr. Acheson said he has been struggling with students’ distracting phone use in the classroom.

While teachers have embraced handheld devices as a powerful teaching tool in the classroom, they have nonetheless struggled to offset the negative distractions they come with. Some, such as Ontario Premier Doug Ford, have suggested an outright ban of cellphones in schools to “maximize learning time.” France’s government has already banned the use of mobile phones on school grounds starting in September, in what they called a “detox” law for the younger generation.

In Canada, school boards and individual schools have adopted their own policies for device use, some enforcing confiscation policies, and others opting for a bring-your-own-device approach that looks at laptops, tablets and cellphones as tools for learning and research.

For Mr. Acheson, the effectiveness of the pouches he’s used in his classrooms, called Yondr cases, can be measured by the success of his students. In the semesters he’s utilized the cases, he said the class average was eight percentage points higher than normal, and the students “got more done."

Marcel O’Gorman, who runs the Critical Media Lab at the University of Waterloo that studies the effects technology has on society, created a pouch-like device of his own – the Resistor Case, using vinyl, Velcro and duct tape. Much like the Yondr case, the Resistor Case is designed to hold the students’ devices at their desk for the duration of the class. The difference, however, is the case doesn’t lock. Instead, the loud sound of Velcro is designed to make students think twice about reaching for their phones. "The whole point is to teach self-regulation instead of [enforcing] a top-down imposition of digital abstinence on these students,” Mr. O’Gorman said.

Sean Zister, a Grade 9 geography and religion teacher at Kitchener’s St. Mary’s High School, said teachers there have tried various methods of trying to separate students from their devices – some more traditional, such as having students place their cellphones in clear plastic boxes at the beginning of the class, or placing them in designated pocket holders at the front of the room. Mr. Zister has opted to use the Resistor Case himself, and said it has had a “definite positive impact” on his students. He plans on reintroducing the pouches to his new class in the fall.

Research done for the London School of Economics in 2015 shows that schools in Britain that have introduced some form of a mobile-phone ban saw an improvement in students’ performance by an average of 6 per cent. Mr. O’Gorman said he is curious to see whether the use of the Resistor Case will produce similar results. "I’ve seen my own students using handheld devices in class, being distracted by them,” Mr. O’Gorman said of his university undergraduates. “I’ve confronted them about it, and some of them basically say they really just can’t help themselves.”

Mr. Acheson said solutions such as Yondr and the Resistor Case have proved to be more effective at curbing cellphone use than outright bans.

"A lot of teachers have just given up,” he said. “They’re fighting a losing battle.” 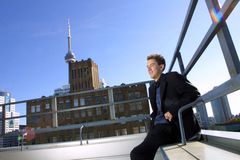 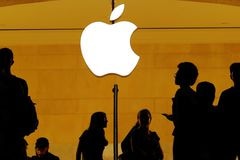 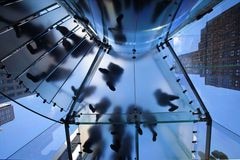