The shaky video pans right to left, looking down on a village with mountains in the background before turning to a green river valley with destroyed buildings in the foreground. A man is speaking over the wind and two words stand out before the video cuts and eerie music starts to play: Masum Ghar.

Uploaded last week, the video purportedly shows Taliban fighters surveying captured territory in Afghanistan’s Kandahar province. One of the people who has watched it is retired Canadian Forces corporal Matthew Luloff, who spent time at Masum Ghar during the 13-year war in Afghanistan.

Now an Ottawa city councillor, Mr. Luloff is among those veterans grappling with their emotions as the Taliban, emboldened by the withdrawal of American troops, surge across Afghanistan, capturing large swaths of territory from Afghan forces — including many places where Canadian blood was spilled and money spent to prevent exactly what is happening now.

“It seems quite bleak when you’re seeing images of areas that we used to have firm control of just being turned over,” Mr. Luloff said.

“To see the Taliban on top of places like Sperwan Ghar and Masum Ghar, I just find it heartbreaking.”

Veterans, some still in uniform, have taken to social media in recent days to express their pain and sadness at what is happening in Afghanistan, including Lieutenant-Colonel Michael Blanchette, the commander of 2 Royal Canadian Regiment.

“Say what you will about the inevitability of this — it stings,” he wrote on Twitter this past week.

Retired master corporal Michael Blois did two tours in Afghanistan and is now a lawyer in Barrie, Ont. He says the Taliban’s capture of territory where Canadians fought and died has raised uncomfortable questions about the war, particularly for veterans who continue to pay the physical, psychological and emotional price of having served there.

“There was always questions of the need and is the cost worth it,” Mr. Blois said in an interview. “For a lot of soldiers, I think maybe they avoided it and never thought about it. And now, it’s right in your face. You have to really think about it.”

The Taliban’s recent victories in Kandahar coincided with the 10th anniversary of the end of Canada’s combat mission in Afghanistan. Yet while Defence Minister Harjit Sajjan and Veterans Affairs Minister Lawrence MacAulay recognized the Canadians who served on that mission and the three-year training effort that followed, they made no mention of the current situation.

A total of 158 Canadian soldiers and seven civilians died during the war, which started in 2001 following the 9/11 terrorist attacks on New York City and Washington, D.C., and ran until the training mission wrapped up in 2014.

Asked last week about Afghanistan, Prime Minister Justin Trudeau said Canada helped put thousands of girls through school and that Canada remains committed to supporting the war-torn country. However, he made no mention of the threat posed by the Taliban or how the world would protect what gains have been made.

Meanwhile, the federal government is facing growing pressure to resettle dozens of Afghan translators who worked with Canadian troops and diplomats but are now in danger as the Taliban continues capturing territory.

“There are at least 115 former interpreters, cultural advisers and locally employed persons and their families who will be threatened by the Taliban,” retired major-generals David Fraser, Denis Thompson and Dean Milner, all of whom commanded Canadian troops in Afghanistan, wrote in a letter to Immigration Minister Marco Mendicino on Thursday.

“If and when they are found they will likely be imprisoned or worse, for their service in support of our mission. Many Canadian veterans are in contact with the Afghans who served alongside them and their stories are harrowing. These people are considered `comrades-in-arms’ and their plight is affecting these veterans — as it should all Canadians.”

Retired corporal Chris Dupee served in Afghanistan in 2008-09, and now runs a clinic in the Greater Toronto Area called Cadence for veterans suffering from psychological injuries. He spoke about the urgent need to help the translators and others who helped Canadian troops and are now in danger.

“Figure it out when they’re over here,” he said. “That’s how important these guys and girls are.”

Mr. Mendicino’s spokesman Alexander Cohen said the government previously resettled more than 800 Afghan interpreters and family members under two previous programs in 2009 and 2012, and is working to help others who worked for Canada and want to come here.

In the meantime, the debate over the cost and benefits of Canada’s war in Afghanistan continues.

Mr. Blois accused politicians of having “put us into a mission we could never succeed on, and the emotional burden of that is on the backs of all the veterans who were there. Because we’re the ones that paid the physical and psychological price. Politicians, it was a vote in Parliament, and I think they’ve moved on with their lives.”

Mr. Dupee was more sanguine, arguing Canada and its allies provided 20 years of security in Afghanistan after decades of tyranny and war, which included a period of rule under the Taliban before 2001.

“That means one generation of educated people that are there, that will keep this fight going,” Mr. Dupee said. “So I believe, rest assured, that the Taliban is not going to have a good time, it’s not going to be as easy as it was before.”

He nonetheless acknowledges that some veterans are having a difficult time.

“I know a lot of people, they don’t want to think about it.”

While Mr. Luloff says his heart goes out to those Afghans who are now finding themselves under Taliban rule, “we have no idea how this is going to play out over time,” adding: “In the small window of peace that they got to experience, I’m proud to have been a part of that.” 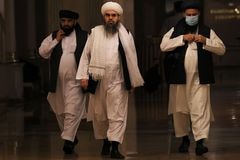 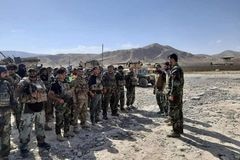