Tanya Talaga is an Anishinaabe journalist and speaker and a Globe and Mail columnist, you can check out her most recent work here.

Growing up in a Toronto suburb, author and journalist Tanya Talaga felt removed from her mother’s Ojibwe culture in northwestern Ontario.

Her mother was from the traditional territory of Fort William First Nation, south of Thunder Bay, but her father was Polish-Canadian and Talaga didn’t know some parts of her Anishinaabe roots until she was in her 20s.

That’s when she learned she had a sister who’d been given up for adoption, and that her mother had brothers who were raised in foster care as part of the so-called Sixties Scoop, when the child welfare system removed Indigenous children from their birth families and communities.

Read some of her writing for The Globe

Canada’s courts are barely hiding their disdain for Indigenous people

“But these are things that all First Nations families, many of us, experience,” Talaga, who wrote about her upbringing in her acclaimed books “Seven Fallen Feathers” and “All Our Relations,” said in a recent interview.

“And there are commonalities that also bind us together.”

Those commonalities include the Seven Grandfather Teachings that guide Anishinaabe life – humility, love, honesty, bravery, respect, wisdom, and truth – which Talaga has made the basis for her new Audible original podcast, “Seven Truths.”

Launching Wednesday, the series explores the seven teachings through contemporary stories that highlight the fight for human rights among Canada’s First Nation peoples.

As Talaga explains in the first episode, she aims to look at how Indigenous people see the world and themselves in it, and help listeners find common ground to work toward a just society.

Talaga said the podcast is special to her because it “goes to the heart of Anishinaabe storytelling, which is an oral tradition.”

“To know all of these seven teachings is to know the truth, and I think that we can apply these teachings, all of us actually.”

“I’m thrilled to also say that he explains the truths in our language, which is Anishinaabemowin,” Talaga said.

“I’m just really excited to bring our language to a wider audience.”

Talaga said Achneepineskum was the survivor of three residential schools and has been an important figure in her life, helping her learn about her ancestral history.

Talaga talks about her life and her relationship with Achneepineskum in the first episode, which is about the teaching of love.

In the episode on “truth,” Talaga looks at the case surrounding Barbara Kentner, a First Nations woman who died after being hit by a metal trailer hitch thrown from a moving car in Thunder Bay in January 2017.

The trial for the man accused in the killing, Brayden Bushby, recently began in Thunder Bay with a decision expected on Dec. 14. He admitted to throwing the hitch that hit Kentner, and pleaded guilty to aggravated assault. But his lawyer has argued Bushby is not guilty of manslaughter.

The episode features Kentner’s sister Melissa, who was walking with her when she was hit by the hitch, and journalist Willow Fiddler.

Every instalment of “Seven Truths” features people from communities in the north and explores their lives. Other guests include prominent lawyer Julian Falconer, whose work has focused on Indigenous-side representation.

“I feel that this series is something different,” Talaga said. “You’re not going to hear storytelling like this anywhere else, I don’t think.”

Tanya Talaga saw Massey Lectures as ‘an opportunity to send a message’ about the legacy of Indigenous cultural genocide
Subscriber content
February 27, 2019 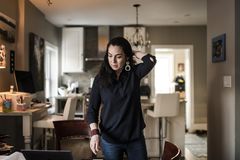 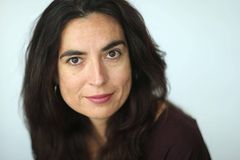