Children would be able to enroll in French immersion as early as junior kindergarten, under a proposal the Toronto District School Board will consider this week as part of sweeping changes to its French-as-a-second language programs.

A staff report to board trustees, which is expected to come forward at a meeting on Wednesday, outlines the changes and states that the report’s focus is on “providing equitable access to learning opportunities so that all students can gain the foundational skills they will need to thrive, whatever future pathway they choose.”

Several entry points to the French-as-second-language program would also be phased out under the plan. Currently, the board offers a range of times and ways that students can start French: the immersion program starting in senior kindergarten, a less intensive junior extended French program that starts in Grade 4, and four locally-managed programs with different entry points that operate in a limited number of schools.

Under the proposal, the board would only offer entry into French immersion in junior kindergarten and Grade 4. It also calls for the board to look at maximum caps at entry points to ensure the program is viable at schools, and to account for attrition rates.

By streamlining the program with two system-wide entry points, the report said the TDSB would be able to concentrate its resources better. A second entry point into the French immersion program in Grade 4 would also let newcomer families, for example, access the program once children settle into schooling.

The proposed changes at the TDSB, Canada’s largest school board, come as school districts in many parts of the country struggle with reconfiguring classrooms and finding qualified French teachers, in response to increasing interest among parents that want to give their children a chance to learn a second language, or a competitive edge.

It also comes as the board, facing a budget shortfall, looks at cutting busing for elementary students in its French programs in September, 2020.

Unlike other school boards, which typically have one or two entry points to study French, the TDSB has six.

Robin Pilkey, chair of the TDSB, described the changes as “bold.”

She said that the TDSB embarked on a large review last year on its French programs, and looked at research around French language education as well as heard concerns from parents and students.

“It could really be a turning point for French-as-a-second-language education across our board,” Ms. Pilkey said in an interview on Saturday.

“We haven’t taken a very serious look at our French programs in many years, and when we did take a serious look last year, many issues came to the surface that people were concerned about, that we can’t ignore,” Ms. Pilkey said.

French is taught in a variety of ways in Canadian schools, including French immersion and core French, which starts in Grade 4 and where students learn the language as a stand-alone subject.

Many in the review said the core French program is lacking in supports, and the report calls for strengthening it by targeting professional learning for new and experienced core French teachers, among other items.

The changes, which trustees will need to approve, could begin to be phased in by 2022.

Betty Gormley, executive director of the Canadian Parents for French Ontario, said that while her organization was pleased with a junior kindergarten entry point into French immersion, eliminating the others – especially one in Grade 7 – would mean fewer opportunities for students who may choose to study French.

Further, she said in an e-mail on Sunday that “while the TDSB report highlights its inclusive policy it [is] simultaneously placing barriers to access.”

“Lack of transportation to the French Immersion program will have a negative impact on enrolment," Ms Gormley said. “It is a direct barrier to access just as [is] capping the program, a practice that will now be imposed at the TDSB.” 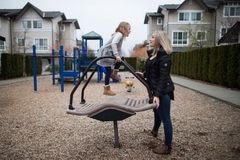 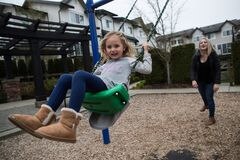