The bill tabled by Francois Legault’s Coalition Avenir Quebec government on Thursday would ban the wearing of religious symbols by many public sector employees, including teachers, prosecutors, judges, and police officers.

Amrit Kaur, a teaching student who wears a Sikh turban, says the bill could ruin her chances of teaching in Quebec’s public school system and force her to look for work in one of Quebec’s private schools, which are not covered by the bill.

“If you have a dream to be a teacher in high school or university, sorry, you have to find another dream, because teaching is not inclusive in Quebec.”

Kaur, 28, expects to graduate with a teaching degree from the University of Ottawa in a few months. She says she would never allow her religious beliefs to affect her teaching, any more than she would consider removing the turban that never leaves her body.

Furheen Ahmed, a Montreal high school teacher who wears a hijab, said she has dreamed of being a teacher since she was a little girl.

“I never in my journey thought I couldn’t,” she said. “It’s unnerving to say, ‘Is this going to be taken away from me, or will it not be available to my children?’ ”

Ahmed worries that the legislation will encourage those who are racist or Islamophobic to become more vocal about their beliefs. “This is giving people permission to say, ‘You’re not really a Quebecer. You’re not really part of this society,’ ” she said.

As someone already in the education system, she is protected by a grandfather clause in the bill as long as she keeps teaching within the same school board. But she says she wouldn’t be able to advance her career by becoming a school principal or moving to a different school board.

Ahmed’s employer, the English Montreal School Board, has already said it will refuse to comply with any legislation restricting the wearing of religious symbols, and Ahmed said she’s ready to speak out and support them in their fight.

“It’s not a role I saw myself in, but when certain things happen, you have to step up, and you have to speak out against what’s wrong,” she said.

Jewish and Muslim advocacy groups also spoke out against the legislation on Thursday, saying it targets visible minorities and runs counter to fundamental Quebec and Canadian values.

Harvey Levine, Quebec regional director of the Jewish advocacy group B’nai Brith, described it as “an assault on the fundamental rights and freedoms of Quebecers.”

Ihsaan Gardee, the executive director of the National Council of Canadian Muslims, said the legislation is effectively a prohibition on wearing the hijab, given that most of those impacted would be Muslim women.

The president of the biggest union of elementary and high school teachers likened the bill to “using a cannon to kill a fly,” given the small number of public servants who wear religious symbols. Sonia Ethier said her union supports state secularism but doesn’t believe teachers have the same “coercive authority” as judges and police officers.

Not every group representing public sector employees objected to the bill. Yves Francoeur, the president of Montreal’s police brotherhood, said his group believes it’s important for police officers to project an image of neutrality. Currently, there are no Montreal police officers who wear religious symbols targeted by the bill.

From the comments: ‘As an atheist I suppose I should welcome this, but I don’t.’ Readers argue against Quebec’s religious-symbols ban
March 28, 2019 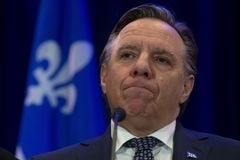 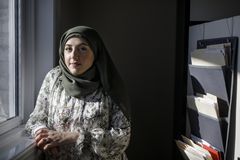 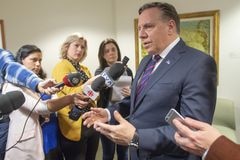