Teens with severe mental illnesses have better mental-health outcomes when they receive primary care from the same doctor as they transition to adulthood, Ontario researchers have found.

In a study, published in JAMA Network Open on Friday, researchers from ICES (formerly known as the Institute for Clinical Evaluative Sciences) and Toronto’s Hospital for Sick Children analyzed data for 8,409 young people, starting from ages 12 to 16. These patients were hospitalized in Ontario for schizophrenia, eating disorders or mood disorders between 2002 and 2014.

“Our study suggests that primary care doctors, like family doctors, have an important role to play in the transition from pediatric to adult care,” said lead author Alène Toulany, an ICES fellow and adolescent medicine specialist physician at SickKids.

Typically by 18, teens reach the cut-off age for many of the community services that were available to them as children, and those who received primary care from pediatricians are transferred to family doctors.

This period can be difficult for young people, as they face other transitions in their lives, such as starting university or college, Dr. Toulany said. She added it can be harder still for those with chronic illnesses.

Senior author Astrid Guttmann, chief science officer at ICES and a pediatrician at SickKids, said the researchers aimed to examine not only this transition period for youth with mental disorders. They also wanted to investigate how the role of primary care physicians can be strengthened, as their jobs increasingly extend beyond tasks such as annual exams, screenings and immunizations to include helping patients navigate specialty and hospital care.

While their study did not look at why patients with continuous primary care had lower rates of hospitalization, Dr. Guttmann suggested it may be possible that family doctors of these patients are taking over some of the mental-health care previously given by pediatric providers. Continuous care with a family doctor may also help families navigate the health-care system, she added.

Marie Roder, a Toronto language teacher and spokeswoman for the Schizophrenia Society of Ontario, says having continuous care through her teens and early 20s was critical as she struggled with psychosis and suicidal ideation, starting from age 15.

For Ms. Roder, however, this care did not come from a family doctor or pediatrician, but through years of seeing the same occupational therapist, who was part of her mental-health care team at Toronto’s Centre for Addiction and Mental Health (CAMH).

At age 34, Ms. Roder, who has schizophrenia, is only now transitioning from the care of her CAMH team to a family doctor.

“It’s a huge process for me to transition,” she said, noting she has been receiving care from her CAMH team for around 18 years.

For teens with mental illness, continuous care from a health professional they trust is one of the only things that can help them achieve a life of recovery and resilience, she said. Without it, “I probably wouldn’t be here.”

Does our system for dealing with mentally ill offenders need a rethink?
July 28, 2019

Opinion
Not criminally responsible, and mental illness: The myths around both put everyone at risk
July 21, 2019 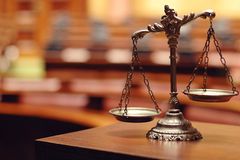 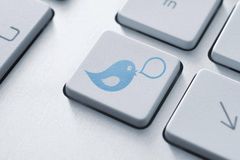