The opioid crisis is taking an increasingly lethal toll, with more than 4,000 Canadians estimated to have died last year from overdoses despite a flurry of effort from Ottawa and the provinces.

The latest figures from the Public Health Agency of Canada show that 2017 is set to be the worst year on record for overdoses, likely exceeding the number of deaths in 2016 by more than a third. Another way of measuring the extent of the public-health emergency: More Canadians are now dying of overdoses than motor-vehicle accidents and homicides combined.

Jordan Westfall, president of the non-profit organization Canadian Association of People Who Use Drugs, said the latest number represents an unconscionable loss of life brought on by the tainted supply of illicit drugs. “It’s on my mind all the time: Every time I get a phone call,every time I get a text message, every time I open up Facebook,” he said. “I’m afraid I’m going to find out about the death of someone I really care about.”

The number of deaths has escalated despite a series of national efforts. These include expediting approvals for supervised drug-use sites; allowing for overdose prevention sites, which can be opened faster; reducing barriers to importing, prescribing and accessing treatment options; and launching a multiyear public-education campaign. The Public Health Agency of Canada has also sent dedicated epidemiologists to 11 provinces and territories to improve the collection of overdose data.

The national numbers are imperfect because of differences in provincial reporting metrics and timelines but do provide a glimpse at emerging trends. Country-wide, 92 per cent of these deaths are accidental.

Petra Schulz lost her son, Danny, to a fentanyl overdose in April, 2014. The 25-year-old chef from Edmonton had sought help for his opioid addiction but relapsed while in recovery.

On Tuesday, Ms. Schulz stood alongside Edmonton Mayor Don Iveson and others to announce the opening of North America’s first in-hospital supervised drug-use site for inpatients, at Royal Alexandra.

Clutching a photo of her son, Ms. Schulz commended recent actions by the federal government such as reducing barriers to accessing methadone and prescription heroin; supporting the opening of supervised consumption sites; and launching a national, multiyear anti-stigma campaign.

“But the greatest barrier to stigma,” Ms. Schulz said in an interview, “is the criminalization of substance use. And until we make the difficult and maybe not politically popular decision with some sectors of society [to decriminalize personal possession], it’s really hard to get people to come out and seek help. It’s hard to seek help for something that is considered a criminal act.”

The federal government has said repeatedly that its not considering drug decriminalization outside of marijuana. Health Minister Ginette Petitpas Taylor said her government has pledged significant investments to address the issue of stigma.

“We certainly want to remove all barriers to Canadians to make sure that they can access treatment,” she told reporters in Ottawa on Tuesday. “And we’ve certainly recognized that stigma is one of those reasons as to why people don’t go and get treatment because they feel judged and stigmatized.”

On Monday, Ms. Petitpas Taylor announced regulatory changes that mean heroin, which can currently only be legally administered in a hospital setting, can soon be prescribed and administered by physicians and nurse practitioners at other treatment facilities, such as substance-use disorder clinics.

Ultimately, Mr. Westfall agrees with Ms. Schulz that these deaths will continue until illicit drugs such as heroin and fentanyl are decriminalized and users are less secretive about their consumption.

“As much as [the federal government] may try to reduce stigma, criminalization is stigma,” said Mr. Westfall, whose 400-member umbrella organization speaks for users across the country. “One of the most stigmatizing things you can do to someone is put them in jail.”

Meanwhile, the U.S. government is calling on Canada to help and rally an international coalition in the fight against opioids and synthetic drugs in the lead-up to the June Group of Seven summit in Charlevoix.

James Walsh, the deputy assistant secretary of the Bureau of International Narcotics and Law Enforcement Affairs, said overdose rates are skyrocketing in the U.S. and Canada, but the crisis is growing around the world.

“The big push from the American perspective is that we have to acknowledge that this is a global problem that requires a global response,” said Mr. Walsh in an interview at the U.S. embassy in Ottawa. “Unfortunately, Canada is sharing the same problem we have, and we are asking the Canadians to shout on the rooftops, ‘Hey world, we have a problem here, this is different than the last drug crisis.’”

In comparison to the heroin crisis of the 1970s and the crack crisis of the 1980s, opioids and other drugs are killing 10 times more Americans every year, Mr. Walsh said.

“This is a health threat, this is a national security threat,” he said. “The numbers are alarming to the point we can’t just be treating this as business as usual. I don’t want these criminals exporting this to other allies and us working with the Canadians will be critical to convey that message.”

Mr. Walsh said that Canada has proven a key ally in working inside international organization to try and control the illegal substances. Still, he predicted that other countries will increasingly be targeted by drug traffickers.

“There is still this perception that this is a North American problem, and so the Canadians are sharing this narrative with us that it’s not because some countries don’t have a lot of fentanyl deaths doesn’t mean that this will not be a problem,” he said. 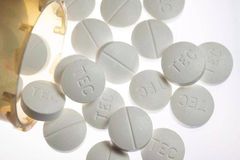 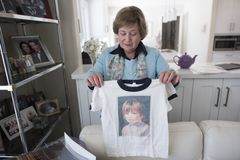 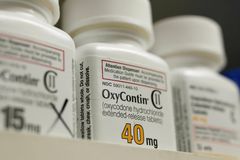 Follow Andrea Woo and Mike Hager on Twitter @andreawoo @MikePHager
Report an error Editorial code of conduct
Due to technical reasons, we have temporarily removed commenting from our articles. We hope to have this fixed soon. Thank you for your patience. If you are looking to give feedback on our new site, please send it along to feedback@globeandmail.com. If you want to write a letter to the editor, please forward to letters@globeandmail.com.
Comments are closed