The Globe and Mail has won the 2019 Michener Award recognizing public-service journalism for its investigation into the exploitation of newcomers, the newspaper’s 12th win and the most of any media outlet.

False Promises, spearheaded by Kathy Tomlinson, revealed that some newcomers to Canada – many of them temporary workers or foreign students – are exploited by corrupt immigration consultants and employers. Her investigation took her from the wealthy suburbs of Vancouver to the terrible bus accident that killed 16 people, including a number of young hockey players, from Humboldt, Sask.

In the wake of this thorough and complex series, Ottawa introduced open work visas to allow foreign nationals facing abuse to switch employers, and a new law was passed allowing more stringent regulation of immigration consultants.

“Every day, there are journalists across the country who investigate and confront public administrations, private businesses or individuals who, through their negligence, poor administration or greed, abandon Canadians,” said Pierre-Paul Noreau, chair of the Michener Awards Foundation board of directors. “Through their actions and determination, these journalists change the lives of our citizens for the better.”

“To win this in its 50th year is a very special thing and everyone associated with The Globe and Mail feels the pride,” Mr. Walmsley said.

“Kathy Tomlinson and her editors, in particular Dennis Choquette, worked with a team of photographers, graphic storytellers and designers to tell these stories. And their journalism relied heavily on those who trusted them to be their voice. We will pay that faith forward with our future work.”

This is the third time Ms. Tomlinson’s work has been recognized by the foundation. In 2014, her investigation into foreign speculation in Vancouver’s real estate market was awarded a Michener Citation of Merit. In 2015, she led a team of CBC journalists in an investigation that revealed abuses of the temporary foreign worker program. That work was also awarded a citation of merit.

In a speech, Ms. Tomlinson said that the piece prompted the federal and provincial governments to introduce new laws to provide foreign workers with more rights and support.

“That ultimately is the role of public-service journalism,” she said. “At its best, it not only reveals the truth, no matter how challenging, flawed or complex it might be, it goes further to spark the ideas and the conversations to correct it.”

The Michener Awards Foundation also presented former Globe journalist John Anderson Fraser with the Michener-Baxter Special Award for long-term achievement in public-service journalism, which has only been bestowed on eight Canadians in the past three decades. Mr. Fraser’s six-decade-long journalistic career has been wide-ranging, spanning across stints as a reporter, columnist, editor, ombudsman and benefactor.

In his distinguished and award-winning tenure at The Globe, Mr. Fraser was a dance and theatre critic, a China correspondent, Britain-based European correspondent, Ottawa bureau chief, national columnist and national editor.

Mr. Fraser said that over his 60-year career, the tools of journalism have changed, but the core of the industry has stayed the same.

“Some things have simply not changed, and that is the core values of journalism.”

The finalists include five other media organizations. CBC News found that more than 600 minors in 36 sports across Canada have been victims of sexual crimes, and that more than 200 coaches have been convicted of sexual offences against a minor during the past two decades.

The Institute for Investigative Journalism was cited for a collaborative series with the Toronto Star, Le Devoir, Regina Leader-Post, Global News, National Observer, and Star Halifax/Vancouver/Calgary/Edmonton that revealed elevated levels of lead and other contaminants in drinking water.

Halifax Examiner reporter Tim Bousquet uncovered why a convicted murderer was freed from prison on a rare court-ordered release.

The London Free Press was nominated for its investigative series into the way London police treated a 24-year-old woman who was assaulted by a sergeant at a police station in 2016. 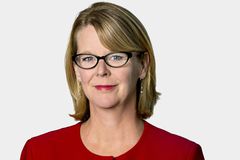 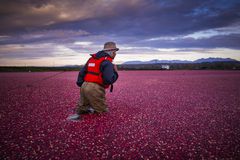 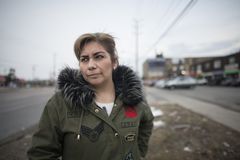