The Globe and Mail has won 10 Digital Publishing Awards, including two for a project that explored the families of Mexico’s disappeared and another for a documentary that detailed a cross-country manhunt that ended in a remote area of northern Manitoba.

The sixth-annual Digital Publishing Awards were presented by the National Media Awards Foundation during a virtual ceremony on Friday. The Globe, which was a finalist in 17 categories ranging from Best Personal Essay to Innovation in Digital Storytelling, won five gold and five silver awards, giving it the most of any outlet.

“From experimental storytelling to long-term projects involving drones and 3D mapping, we taught ourselves a lot this year on how to best compete in the digital sphere,” said David Walmsley, The Globe’s editor-in-chief.

“The team efforts required to execute this work, sometimes quickly, often methodically over a longer time, is credit to the ambition and professionalism of all involved.

“I also want to thank all those who have trusted us as we strive to tell their stories with empathy and sensitivity.”

CBC and Radio-Canada each won five awards; Toronto-based The Local won four; B.C.’s The Narwhal won three; and the Toronto Star, Vancouver-based The Tyee and the National Film Board each won two.

Gone, the project about Mexico’s disappeared by Stephanie Nolen, Félix Márquez, Laura Blenkinsop, Jeremy Agius and Timothy Moore, won gold awards for Best Digital Design and Innovation in Digital Storytelling. Gone tells the story of people who disappeared in Mexico through the voices of those they left behind.

Gone has won previous awards including from the Society for News Design and Amnesty International.

The teens murdered three people before eventually taking their own lives and terrifying the Fox Lake Cree Nation, the closest community to where the pair were found.

The video has been viewed 1.4 million times on YouTube.

In the Best Social Storytelling category, Lori Fazari, Ming Wong and Wenting Li won gold for 24 Treats of Christmas, which allowed readers to sign up for daily holiday recipes by text message while inviting users to send in baking questions and photos of their creations.

Nathan VanderKlippe’s coverage of the repression of Uyghur people in Xinjiang, China, won silver for Best News Coverage. Patrick Dell and Evan Annett were also part of that winning entry.

Ian Brown won silver for Best Feature for a piece about how COVID-19 kept him isolated from his son Walker, who lives in a group home for people with intellectual disabilities. Walker was born with a rare affliction called cardio-facio-cutaneous syndrome, and has lived in the group home since he was 12 years old.

Wency Leung’s piece about donating her kidney, which included a call for other Canadians to do the same, won silver for Best Personal Essay.

The silver award for Best Science and Technology Storytelling went to Rick Smith for a story in The Globe about how plastic pollution is entering our bodies as we eat and breathe.

The Frozen Front Line, a photo essay and audio story by Louie Palu that took readers to the far north, where the Canadian military and its local partners are preparing for a warming Arctic, won silver for Best Photo Storytelling. The winners in that entry included Clare Vander Meersch, Christopher Manza and The Globe’s visuals team. 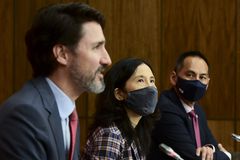 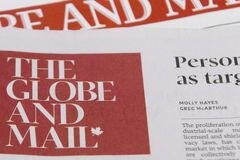 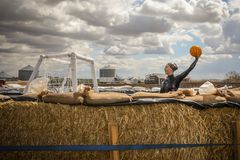