1 This year astronomers got their first-ever direct look at a black hole. What instrument did they use to produce the historic image?
a. the Event Horizon Telescope
b. the Large Hadron Collider
c. the Laser Interferometer Gravitational-Wave Observatory
d. the Mueller Probe

a. The Event Horizon Telescope is a global network of radio observatories that collectively produced an image of the black hole in silhouette within a swirling ring of hot gas. 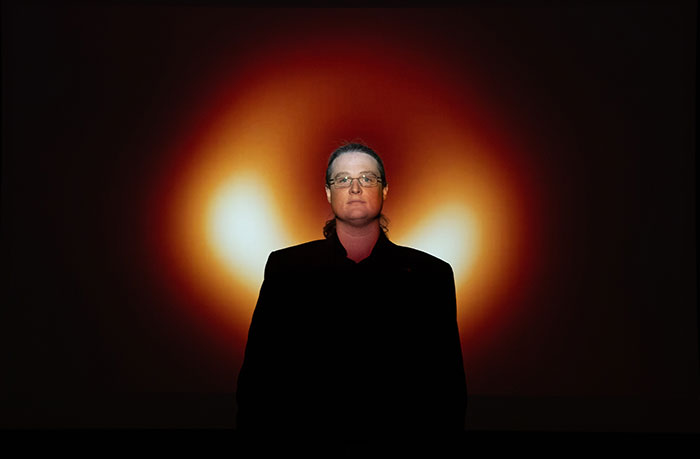 Avery Broderick, theoretical physicist from the Perimeter Institute for Theoretical Physics, was part of the team that captured the image of the black hole.

2 What tiny, resilient life form may have survived the April 2019 crash of Beresheet, an Israeli-built lunar lander, onto the moon’s surface?
a. Baby Yoda
b. cockroach
c. roundworm
d. water bear

d. Tardigrades, also called water bears or moss piglets, are eight-legged microscopic animals deemed to be among the most indestructible creatures on Earth. Thousands of them were on-board the robotic lander in a dormant state, which may have allowed them to survive the lander’s demise. 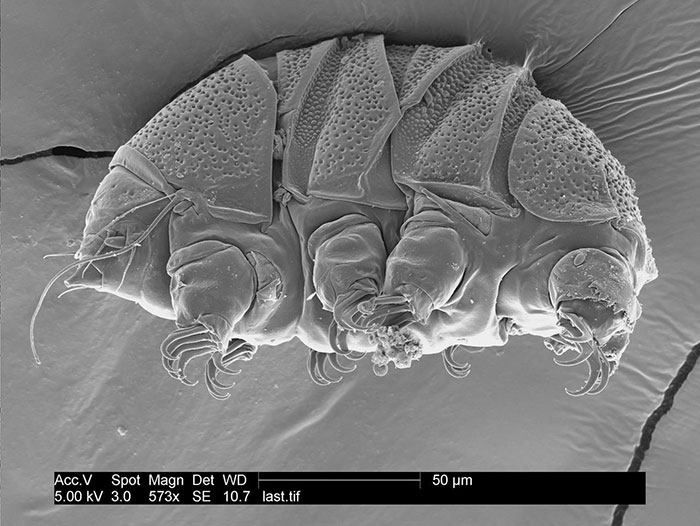 A tardigrade as seen under an electron microscope.

c. Peebles was born in 1935 in the Winnipeg suburb and graduated from the University of Manitoba in 1958. 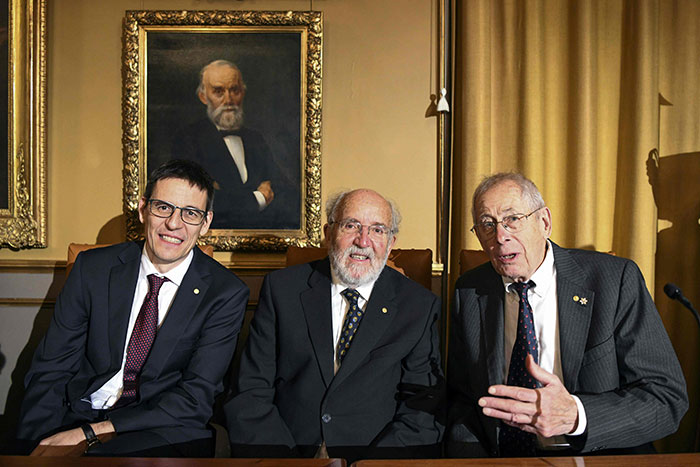 James Peebles, right, won half the 2019 Nobel prize for physics. The other half was shared by Swiss scientists Michel Mayor, middle, and Didier Queloz, left.

4 This year, the world recognized the 150th anniversary of which fundamental scientific idea?
a. the five-second rule
b. the periodic table of elements
c. the second law of thermodynamics
d. the warping of space by gravity

b. In case you missed it, 2019 was the International Year of the Periodic Table, largely credited to Russian chemist Dmitri Mendeleev who published an early version of the table in 1869. 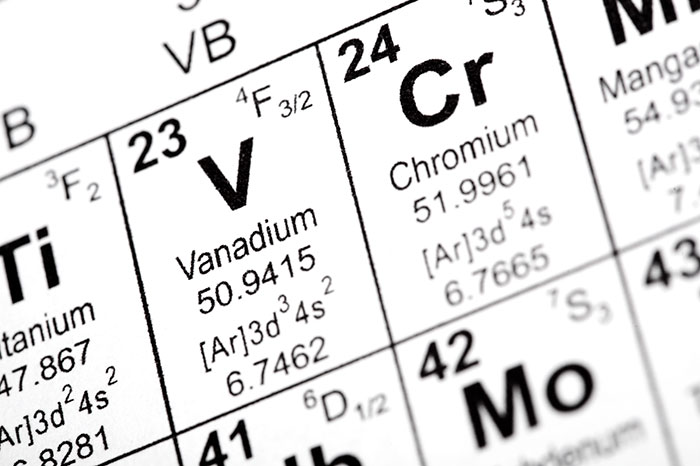 The periodic table of elements is a catalogue of the basic building blocks of matter, such as chromium and vanadium.

5 According to a Swiss study published in July, a large share of the carbon that humans have released into the atmosphere could be taken up by planting trees. Excluding existing forests, farms and cities, the amount of land around the world that could support additional tree cover is closest in area to what country?
a. Brazil
b. France
c. Russia
d. Sylvania 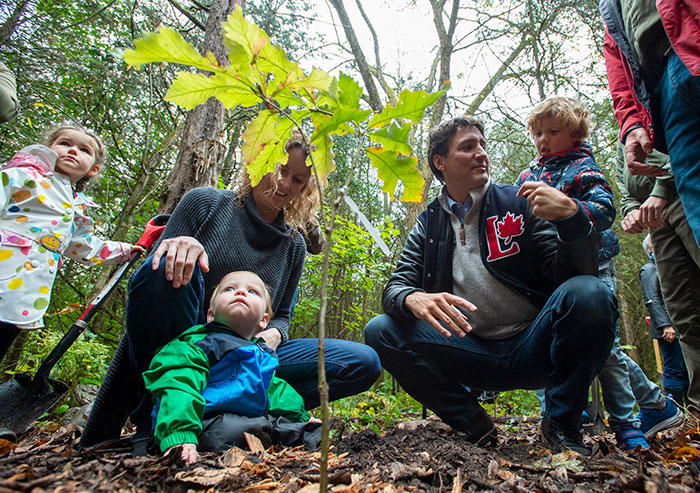 Prime Minister Justin Trudeau plants a tree with his children in the Frank Conservation Area in Plainfield, Ont. During the fall election, he promised a re-elected Liberal government would plant two billion trees with revenue from the Trans Mountain pipeline.

6 After devastating the Bahamas and battering North Carolina, Hurricane Dorian tore across Nova Scotia in early September, leaving hundreds of thousands without electricity. What previous hurricane was Atlantic Canada’s most damaging of this century?
a. Hurricane Juan (2003)
b. Hurricane Noel (2007)
c. Hurricane Earl (2010)
d. Hurricane Irving (2018)

a. Juan left eight dead in the region and caused $200-million worth of damage, including to Halifax’s iconic Point Pleasant park where it felled three-quarters of the park’s trees. 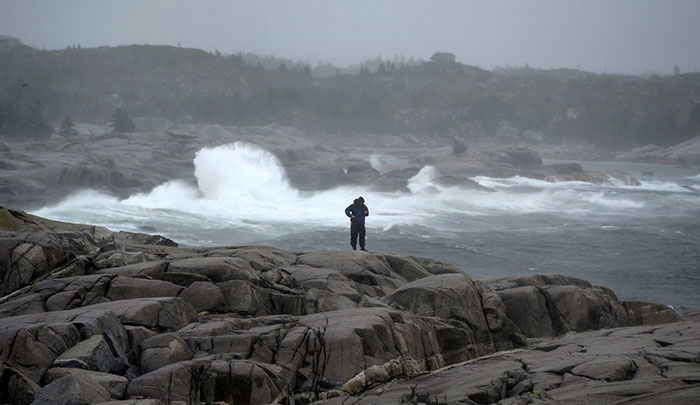 A man watches the crashing waves at Peggys Cove, N.S., this past September before Hurricane Dorian's landfall.

7 This year saw the 20th anniversary of the launch of MOPITT, a groundbreaking Canadian-U.S. instrument that continues to gather data about our planet from orbit. What does MOPITT stand for?
a. Measurement of Pollution In The Troposphere
b. Methane, Ozone, Pressure, Insolation & Temperature Telemetry
c. Mid-Ocean/Polar Ice Thermal Tracker
d. Mulling Overworked Phrases Inevitably Takes Time

a. MOPITT was the first instrument in space to measure carbon monoxide in Earth’s atmosphere, which is a tracer for a range of pollutants.

8 According to a landmark 2019 federal report on Canada’s changing climate, what is the magnitude of global warming in Canada relative to the worldwide average?
a. about half as much
b. about the same
c. about twice as much
d. unknown because polar bears keep knocking over climate monitoring stations

c. Twice as much for all of Canada, but in the Arctic the magnitude of the warming is even more pronounced.

9 What controversial claim did a team of paleontologists make this year about an unusual deposit of fossils nicknamed “Tanis” in North Dakota?
a. it offers evidence that Noah’s flood really happened
b. it records the moment the dinosaurs were wiped out by an asteroid
c. it proves that humans reached North America long before the end of the last ice age
d. it shows that the first vertebrates to walk on land triggered a catastrophic real estate bubble

b. Many of the fish and reptile specimens at the site appear to have been tossed together, as though by violent waves that would have shook the region minutes after the asteroid impact. The specimens also bear signs of impact debris raining down from above. 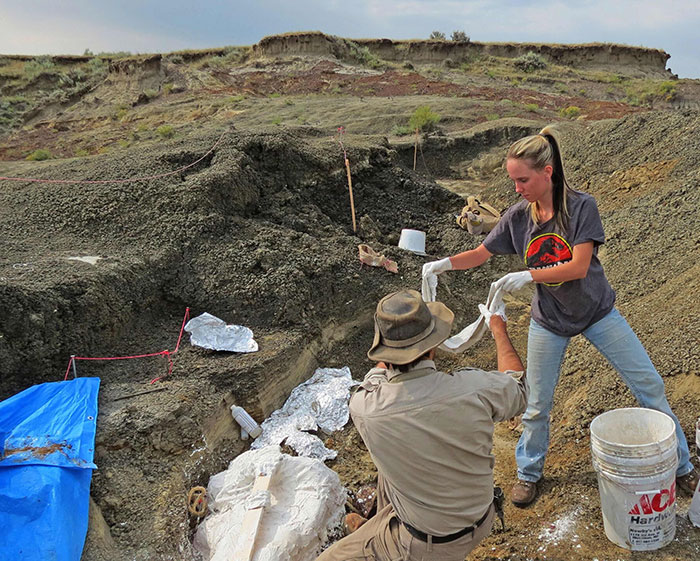 10 According to a study published in December, what kills more than half a million hermit crabs per year on the Cocos Islands in the Indian Ocean?
a. toxic algae
b. plastic debris
c. ocean acidification
d. filming episodes of Survivor

b. The crabs often enter discarded plastic containers and are unable to escape.

11 What was discovered among the rocks of Tuktut Nogait National Park in the Northwest Territories, according to a May 2019 report?
a. a piece of the asteroid that wiped out the dinosaurs
b. the oldest known fossil fungus
c. plastic microfibres
d. water bears

b. The microscopic traces of a fungus-like organism date back almost one billion years. 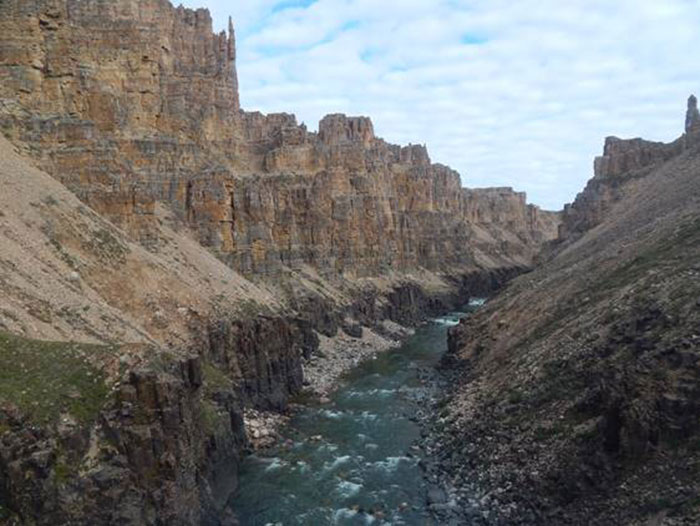 12 Approximately how many species around the world are estimated to be at risk of extinction according to a United Nations global assessment of biodiversity release last May?
a. 7,500
b. 89,000
c. 1,000,000
d. unknown, but water bears are definitely okay

c. The estimate is partly based on a 2011 Dalhousie University-led study that estimates the total number of all species currently living on Earth as 8.7 million.

a. The 71-year-old said she did not recall needing painkillers and her experience of childbirth was “pleasant.”

14 What did the Danish team behind a massive study involving 657,461 children report last April?
a. an elevated occurrence of childhood asthma due to climate change
b. a decline in attention span for children using smart phones
c. plastic microfibres in the digestive tract of every child tested
d. zero increase in the risk of autism following MMR vaccination

d. Amid surging outbreaks of measles, the researchers noted that their study - the largest of its kind to date - strongly supports the conclusion that vaccination for measles mumps and rubella (MMR) does not increase the risk of autism.

15 In October, a contentious study by a Canadian-led research team suggested there was no net health benefit from reducing consumption of which food product or ingredient?
a. cheese
b. red meat
c. salt
d. sugar

b. The contrarian analysis prompted criticism from other scientists and also drew attention to the lead author’s previous ties to food industry funding.

16 How much better did cat owners do than non-cat owners at an online experiment developed this year at the University of Guelph which tested peoples’ ability to discern feline facial expressions?
a. 10 times better
b. five times better
c. two times better
d. no better

d. Cat owners, as a group, were not statistically better than others at guessing if cats’ expressions indicated positive or negative emotions. 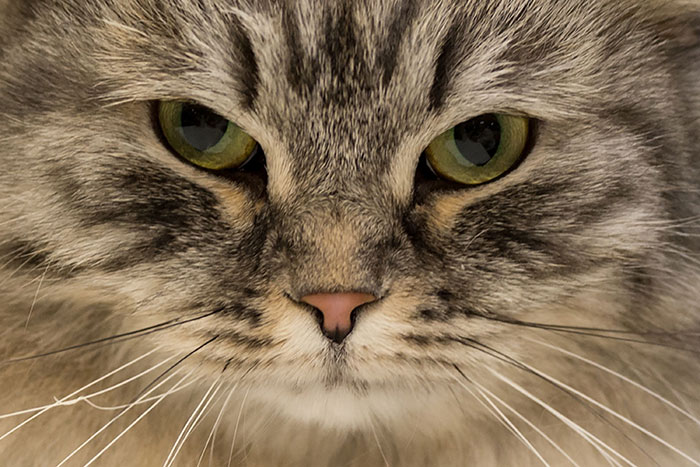 Do you know what this cat is feeling? Chances are that owning a cat yourself won’t make it any easier to guess.

17 What did a Google device nicknamed Sycamore do to achieve “quantum supremacy” this year?
a. beat the world’s best player at the game of Go
b. transmit a quantum-encrypted message farther than 1,000 km
c. perform a calculation faster than a conventional supercomputer
d. explain quantum physics better than the scientists who built it

c. Google scientists originally claimed that it would take 10,000 years for a supercomputer to do what their fledgling quantum processor accomplished in 200 seconds. Critics took issue with this claim, but whether it won by minutes or by millennia, Sycamore was fastest. 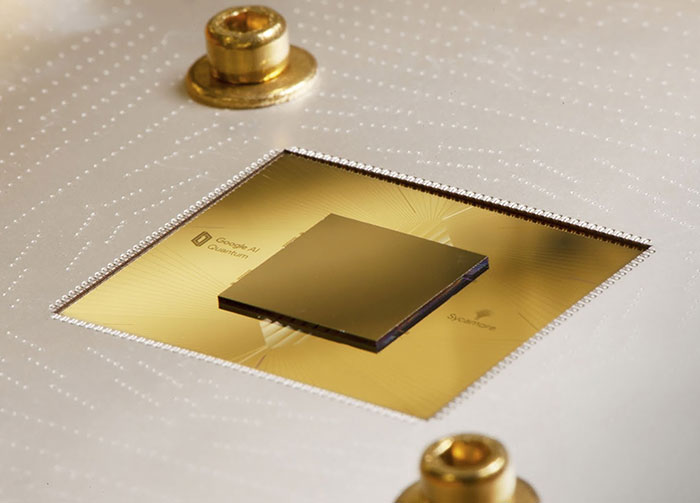 A Sycamore chip is mounted in a printed circuit board during the packaging process.

18 According to a study published in July, what happened after researchers deliberately distributed wallets containing various sums of money in cities around the world?
a. most wallets were returned without any cash
b. the wallets containing the most money were the most likely to be returned
c. people in cities with high levels of video surveillance returned more wallets
d. in Montreal, six months’ worth of wallets were returned in one week when the snow finally melted

b. Researchers concluded that people who returned the wallets were likely motivated by altruism and an aversion to viewing themselves as thieves.

19 What did more than 800 scientists call for an end to in a paper published last March in the journal Nature?
a. single-use plastics
b. stalling on climate change action
c. the use of the term “statistically significant”
d. non-essential air travel to scientific conferences

c. The well known statistical tool for determining if an experiment has measured a real effect is so misused that it should be retired, the paper’s authors argued.

20 Whose familiar visage was brought eerily to life this year by Russian researchers who developed an AI program that learned to generate realistic video from a single image of a human face?
a. Abraham Lincoln
b. Albert Einstein
c. Lenin
d. Mona Lisa

d. The program, developed for Samsung, also worked on photos of Marilyn Monroe, Salvador Dali and other figures. Because of the method’s implications for “deep fake” videos, the data science firm Altmetric judged the achievement to be the most discussed research result of the year.