It was a Canadian woman who coined the term “involuntary celibates” and launched a website more than 20 years ago that she hoped would provide a supportive outlet for lonely hearts.

In the years since, she has watched with horror as the phrase – shortened to “incel” – has been co-opted by online trolls and violent misogynists, including allegedly Alek Minassian, the driver accused of killing 10 people in Toronto on Monday.

“I said, ‘Oh no, not again,’” the woman who asked to be identified only as Alana, her first name, told The Globe and Mail. “It feels like being the scientist who figured out nuclear fission and then discovers it’s being used as a weapon for war. It’s not a happy feeling.”

A Facebook page belonging to Mr. Minassian posted an update on Monday afternoon proclaiming an “Incel Rebellion,” just before, police allege, he accelerated a white rental van, plowing into a crowded street in the North York neighbourhood, killing 10 and injuring more than a dozen others.

The post on Mr. Minassian’s Facebook also references “Supreme Gentleman Elliot Rodger,” the gunman who opened fire on students at the University of California, Santa Barbara in 2014, killing six. In a video posted before his attack, Mr. Rodger called his planned attack “retribution” for the women who rejected him and for “all you men for living a better life than me.”

Mr. Rodger, before his shooting rampage and suicide, was known to post on at least one incel message board, online communities almost entirely made up of men who blame society for their inability to find a partner. Now, many such communities idolize him. He is often invoked with his initials, “ER,” sometimes used in the context of “Going ER,” as in pulling off a copycat attack.

While it remains unclear exactly how Mr. Minassian fits into these online communities of anti-feminist trolls, many self-styled incels spent Tuesday celebrating the attack he is alleged to have carried out. The incel community exists in a dark corner of the internet, infamous for its sexist, racist and homophobic language, where cyberbullying and posts normalizing rape are common.

The incels on these forums blame their problems − often, their virginity − on others. They often refer to sexually active men as “Chads” and women as “Stacys.”

And while these sites may be well outside the mainstream, they boast a surprisingly large following. Although there may be some overlap, two forums report at least 5,000 members each, while a third claims 9,000 registered users. As of Tuesday morning, hundreds of active users were on the forums, many looking at the discussion of Mr. Minassian.

Apart from those traditional web forums, there is 4chan, mentioned by name in the post on Mr. Minassian’s Facebook page; it is home to one of the most popular incel communities.

4chan is a message board dating back to 2003 that allows users to post texts and images anonymously on a variety of issue-specific boards. In recent years, it has become infamous as a home for online trolls. Web-ranking service Alexa reports 4chan is among the 100 most popular websites in the United States. One of its pages, popular with incels, has thousands of daily posts.

Many posts on these forums specifically delve into the mental-health issues of the posters, especially autism.

James Ellis, the project lead for the Canadian Network for Research on Terrorism, Security and Society, told The Globe that the “echo chamber” nature of some online communities appears to have pushed Mr. Rodger to violence.

“Sex is a powerful motivator for anyone − and for young men especially. And young men who are frustrated in that area will feel a kinship for people in that area,” he said.

Since Mr. Rodger’s 2014 attack, many on these message boards have posted glowingly about the shooter and his manifesto. “If you go ER,” reads one 2017 post, referencing Mr. Rodger’s initials, “you’ll basically be immortalized and live on forever since people will speak about you for decades.”

The post was in response to a user who was contemplating suicide. “Going ER” was suggested as an alternative. The poster wrote that the end result would be the same, as “the cops will shoot you if they see you.”

After the events unfolded on Monday, several incel forums lit up about the attack. It’s hard to tell whether Mr. Minassian was a member or poster on any of these forums, although at least two users claimed they had spoken to him on the site. These users did not respond to requests for comment from The Globe.

While these communities, and others like them, have gotten some scrutiny since the 2014 attack, and with the rise of the so-called “alt-right” movement – a U.S.-based white-nationalist movement – much of the violent sexism and misogyny on these forums goes largely unnoticed by the media and researchers who handle online radicalization and violence.

Amarnath Amarasingam, a senior research fellow at the London-based Institute for Strategic Dialogue who specializes in online radicalization, said that these forums are generally just social groups where disgruntled men can get together and “talk smack.” What makes some of these incel forums particularly virulent though, he said, is that they “are quite often openly calling for violence against women and a society they feel has wronged them.”

To that end, he added, “under the right set of psychological and personal circumstances, these kinds of forums can be dangerous and push people into violence.”

Mr. Ellis notes that while those in the incel community, like other online groups that could be prone to violence, may be more public in their ideology, that means intelligence and policing agencies need to be more vigilant in monitoring them.

At the same time, Mr. Ellis said, governments must be “realistic with the public in terms of what we’re capable of preventing and what we can’t.”

Multiple posters on incel forums seemed to recognize that increased scrutiny may now be coming. One user, a year before the Toronto van attack, wrote that law enforcement may have already been monitoring their message board: “I don’t think it’s too unlikely, this place is dangerous in that it combines both mental illness and harmful ideology.”

For Alana, the online incel world has become “twisted” from the rudimentary text-only website she built around 1996 or 1997. She had found herself a virgin in her mid-20s and came up with the term involuntary celibates, selected for its clinical descriptiveness. Later, after she sought out therapy and began to date, she created a website for people who had similar experiences.

As her social life picked up, Alana abandoned the website by 2000 and turned it over to someone else. She didn’t realize the term incel had been adopted by the hateful fringe until early 2015 when she picked up a magazine and noticed an article about Mr. Rodger.

“It was a shock to discover that there was someone whose particular reason for violence was that they were lonely and celibate because there are lots of reasons why killers become violent.” 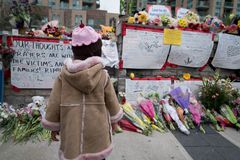 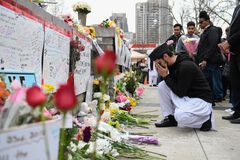 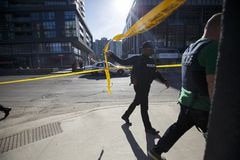 Follow Jill Mahoney, Colin Freeze on Twitter @jillsmahoney @colinfreeze
Report an error Editorial code of conduct
Due to technical reasons, we have temporarily removed commenting from our articles. We hope to have this fixed soon. Thank you for your patience. If you are looking to give feedback on our new site, please send it along to feedback@globeandmail.com. If you want to write a letter to the editor, please forward to letters@globeandmail.com.
Comments are closed