Six years after being diagnosed with Stage 4 colon cancer, Jamie Phelps is no stranger to bad news.

With her husband, Chris Phelps, by her side, the 34-year-old has braved countless rounds of chemotherapy, three liver and four lung surgeries, and a hysterectomy.

But nine months into the COVID-19 pandemic, the woman from Whitby, Ont., has found that the loneliness of facing treatment and appointments alone is an entirely different beast.

As hospitals and cancer centres across the country continue to tighten restrictions and visitor policies, experts say loneliness is a real and crushing impact of the pandemic that cancer patients are experiencing quietly and out of sight.

This summer, Ms. Phelps learned from her doctor that she would no longer be part of a clinical drug trial.

“I almost had a mental breakdown at the hospital. I was like, ‘what is going to happen to me now?’ ” she said. “And again, I’m completely alone.”

The perseverance his wife has shown over the past six years has been inspirational, Mr. Phelps says. But they’re also running out of options.

For Ms. Phelps, the scariest thing about 2021 is the idea that she could be “faced with that fork in the road,” of deciding whether to stay in the hospital alone, or forgo a procedure or treatment, to be at home with her family.

“Everyone’s feeling this,” said Laura Burnett, vice-president of national support programs for the CCS. “It’s been a difficult time for people because as much as things have slowed down and changed during this pandemic, cancer hasn’t.”

In May of this year, Ms. Phelps and her husband were scheduled to go on a three-week bucket-list trip to Italy, which she had been granted through Melanie’s Way, a Make-A-Wish-type organization for women with metastatic or relapsed cancer.

But as the world started to shut down around them in March – with Italy at the centre of the news stories – their hearts sank.

What is less abstract is their frustration with people they see on social media, flouting the physical-distancing rules.

“I can’t say it doesn’t make me frustrated, because that would be a lie,” Ms. Phelps said. But she doesn’t want to waste any more of her energy on anger.

Even before COVID-19, Mr. Phelps says it was hard to be sitting by his wife’s hospital bed, while scrolling through photos of happy friends on a patio or at a cottage.

“It makes you a little bit bitter,” he said. “Because it’s like, it’s not that you don’t want them to have that. But why can’t we have that? And it’s even more extreme when you see that now, when people shouldn’t be socializing … and they are. And it just drives you crazy.”

Rania Lingas, medical oncologist at St. Joseph’s Health Centre in Toronto, said it has been upsetting to watch what her patients go through, and then see people dismissing the pandemic and flouting the rules.

“They don’t see what’s going on,” she said. “They don’t lay eyes on people that are unwell … or the few people they know [who had the virus], you know, were fine. And so they can’t tangibly see that [broader impact].”

The loneliness, in particular, has remained unseen.

Dr. Lingas recalled speaking over the phone with a patient recently, who said they wished they could just give her a hug.

“And although you know you have to maintain a certain amount of professionalism … you can tell some patients really need a pat on the back or just a hug, and you just can’t give it to them,” Dr. Lingas said. “And it’s sad.”

This loneliness extends outside the hospitals, as well. She mentioned one cancer patient, a young mother of twin toddlers. Her husband has to work and she is at home alone with the kids, reluctant to ask for help.

Ms. Burnett said CCS has a number of supports by phone or online that they hope will help to chip away at the isolation patients are feeling. One is a phone line that people can call for information about supports in their community. They also have an online forum, called Cancer Connection, where people can reach out 24/7 to connect with patients or caregivers in similar circumstances.

“That emotional support is a really important component of the cancer experience,” she said. “And we want to make sure that people are getting that support no matter where they are in the community.”

One small comfort for Ms. Phelps is that she’s been doing this so long, the nursing staff have become like friends – in fact one ICU nurse even came to their wedding.

“The team there are amazing. And they treat her so well,” Mr. Phelps said. “That does give me peace of mind. But it’s also still a stranger … and it’s a lot different than having a family member or a loved one there.

“It’s not great sitting in the hospital chairs and doing all that stuff. But … I would do it all day, every day with her.”

Both of them feel for anyone beginning down this road during the pandemic.

“I always think about the people who are being diagnosed … and starting their journey alone,” Ms. Phelps said. “I find that extremely heartbreaking. I cannot imagine.” 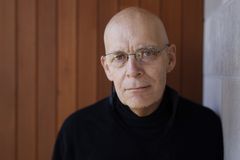 54% of Canadian cancer patients have had tests or treatments delayed as result of COVID-19, survey says
July 14, 2020 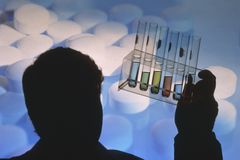 Ronald McDonald House and the challenges of keeping a family together during cancer treatment
December 26, 2019 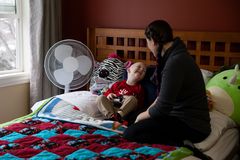