On a sparkling August morning in 1993, Donald Marshall Jr. went fishing out of season, and wound up, six years later, at the Supreme Court. The ruling in his case opened a Pandora’s box whose impact is still being felt today. Justice writer Sean Fine explains what the court said, and why a new, First-Nation run “moderate-livelihood” fishery with approval in principle from the Canadian government may prove a fulfilment of the rights that the man known as “Junior” fought for.

Q: Why don’t Canadians just have one set of fishery rules for all?

A: Because in the Royal Proclamation of 1763, and in various treaties and friendship agreements, the British Crown recognized that Indigenous peoples have rights that pre-exist the arrival of settlers, says Nicole O’Byrne, a University of New Brunswick law professor. “We’re all ‘treaty people.’ The treaties manifest a relationship … but when one side in the relationship doesn’t know about the rights and obligations to the other side, you’re bound to get conflict.”

Q: And what does this have to do with Donald Marshall?

A: Everything. He went fishing in the belief he had a treaty right to fish when he wanted to fish. And now the federal government is formalizing that right in an agreement with the Sipekne’katik First Nation. Its chief, Michael Sack, on behalf of his nation, a large Mi’kmaq community in N.S., began giving out his own fishing licenses this summer (usually the job of the federal Department of Fisheries). That sparked conflict with non-Indigenous fishers.

Q: Was this the Donald Marshall who was wrongly convicted of murder?

A: The same. He was locked up for 11 years, beginning in 1971, when he was 17. With that case, Mr. Marshall helped change Nova Scotia’s justice system. Then, for an encore, he helped establish the right of the Mi’kmaq nations to fish for a moderate livelihood. Federal officials observed him selling eels he had caught without a fishing license – $787.10 for 210 kilograms. He was charged with three violations of federal fisheries regulations.

Q: How did the courts decide he had the right?

A: They looked back at the Treaty of 1760-61. First, there was a 41-day trial in Nova Scotia, featuring three historians discussing the 17th and 18th centuries. The Mi’kmaq had fought alongside the French against the English. But then New France fell. It was a harsh time. In 1756, the British governor of Nova Scotia publicly offered rewards for the killing and capturing of Mi’kmaq people. With the treaty, the two sides tried to put the past behind them.

Q: And how did the treaty spell out the rights of people like Mr. Marshall two centuries later?

A: The treaty said only that the Mi’kmaq could trade goods at British “truckhouses” – trading posts – for “necessaries.” As that system of trade no longer existed, the trial judge said the fishing rights didn’t either. Mr. Marshall was found guilty. The province’s Court of Appeal said he had the right to fish for food, but not “trade” – i.e. money.

Q: And then the Supreme Court came in with something else?

A: It said the “honour of the Crown” was at stake; it was the British who wrote the treaties. Where there was any ambiguity, the interpretation favouring the Indigenous side had to be chosen. The court was unanimous on that point. That was an important affirmation of how to fairly interpret treaties. “In my view, the 1760 treaty does affirm the right of the Mi’kmaq people to continue to provide for their own sustenance by taking the products of their hunting, fishing and other gathering activities, and trading for what in 1760 was termed ‘necessaries.’” That was Justice Ian Binnie, writing for the majority in a 5-2 ruling in 1999.

Q: How did the court define “necessaries?”

A: As the right to a “moderate livelihood:” Food, clothing and housing, supplemented by a few amenities. But not wealth accumulation. “An average Canadian standard of living,” says Kent McNeil, a professor emeritus at Osgoode Hall Law School in Toronto.

Q: So the Mi’kmaq today have a treaty right? A constitutional right? Both?

A: In 1982, Canada got a new Constitution. Section 35 says: “Existing aboriginal and treaty rights of the aboriginal peoples of Canada are hereby recognized and affirmed.” Any treaty rights that hadn’t been expunged by government now had something like eternal life. No government could cancel them unilaterally. An Indigenous fisher with treaty rights, such as Mr. Marshall, was therefore unlike any other fisher.

Q: And when the Supreme Court ruled, everyone fell into line?

A: It was chaos. Much like earlier this fall. The Supreme Court did not, in Prof. O’Byrne’s view, make clear how the treaty right could be limited. As a result, the ruling “opened Pandora’s box,” she says. In the years after the decision, fish plants and traps were vandalized in confrontations at Burnt Church, N.B. A few weeks later, a non-Indigenous group asked the court for a second hearing, to consider whether regulation could be justified. The court wouldn’t rehear the case, but wrote a rare second ruling that set out possible justifications. Conservation. Economic and regional fairness. Recognition of the historical reliance on the fishery by non-Indigenous groups.

Q: Did that close Pandora’s box?

Q: And Mr. Marshall himself? What did he think about it all?

A: Mr. Marshall died at 55 in 2009 of complications from a double-lung transplant. “He could get pretty disgusted with how things were,” says his widow, Jane McMillan, an anthropology professor at St. Francis Xavier University in Antigonish, N.S. (She had been out fishing with him on that August morning, but charges against her were dropped.) “He was harassed so much after the Marshall decision. ‘What are you doing taking food out of my mouth?’ That’s what people in the community of Sydney would say. The violence toward many Mi’kmaq fishers has continued since then. That was a profound disappointment.”

N.S. lobster season delayed in one fishing area, but goes ahead in another
November 30, 2020 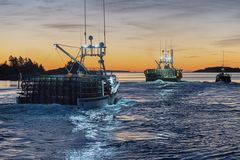 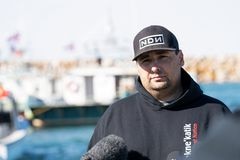 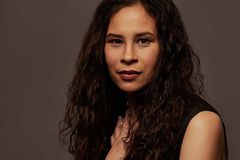