Evangeline watched from afar as her father sharpened his razor on a piece of leather. He had tuberculosis, so he did everything from afar.

Lumina cast for trout in the stream near their house with lines her brothers made by hand, the only kind they could afford.

Bérangère saw him from across the room: a Greek god, right there in Baie-Comeau. She would marry this man, and be a widow by 30.

As she reads each story, Janette Bertrand pauses to register the shock of a detail, or a remarkable name, or just to adjust her glasses and sigh. She has collected more than 500 of these autobiographies – and that’s what they are, true stories in the first person.

Every Sunday this fall, Ms. Bertrand has been reading excerpts from these pieces of writing in her home office and posting the recordings online. They are tales of poverty, simple pleasures, casual violence and filial intimacy. The history of Quebec, she says.

“Janette,” as fans know her, has seen history up close. She is 95, and during a journalism and broadcasting career that began in the 1940s, she defended women’s rights, broke taboos about domestic violence and became one the grandes dames of francophone Quebec.

Memories of that era are slipping away now. Her generation, the generation that built the modern province, is dying. COVID-19 has attacked the elderly with prejudice, especially in Quebec, where more than 6,000 people have been killed by the virus in long-term care and nursing homes.

The departed were mothers, fathers and spouses, but also quiet revolutionaries who moved their society forward by centuries: An architect who designed Expo pavilions and metro stations; a singer who famously proclaimed, “It’s the beginning of a new age.” It was.

Just before Easter, Ms. Bertrand had an idea. She would ask seniors to send her their life stories. It might be therapeutic, a way to fill the lonely days of pandemic isolation. It would also serve as a repository for what was being lost.

She and her collaborator, a Montreal geriatric hospital, called the project Écrire sa vie!, or Write Your Life. Hundreds did, because they knew all about Ms. Bertrand’s. The octogenarians of today grew up listening to her. She was their Janette.

Over the summer, aided by tips she recorded for the project’s website, memoirs poured in. Some people wrote by hand and had their children type up the script. Some worried they didn’t have enough talent, while others used literary verb tenses such as the passé simple. Many wrote late into the night.

Some thanked her for the chance to pay homage to their families or to excavate an unprocessed lump of memory; “to discover what made me, what marked me, and, why not, what has haunted me,” as one woman wrote. A few wept as the words poured out.

Her correspondents were almost all women, reflecting her fame as an early feminist. They were ordinary women, but whose lives were charged with grief and betrayal and the brute force of history, like the characters of Gabrielle Roy.

There was Cécilia, whose lumberjack father and English mother went to settle Abitibi, a prospective El Dorado in the north, rich in minerals. The English mother left. Gossips mined that instead. When a sympathetic school principal let Cécilia leave 10 minutes before the bell, she used those 10 minutes to run as far as she could.

There was highly specific darkness: The fact of how routinely parents beat their children, and how common it was to use a fly swatter for that purpose; the woman whose grandmother was excommunicated in front of her parish for having only four children (evidence of family planning, maybe); worst of all, what husbands did to wives.

“That’s how it was in our time,” Ms. Bertrand said.

There were pockets of joy, too. Catherine remembered her favourite red wool dress, knitted by her mother, and her sensible father who helped found the local credit union, and the feeling of walking barefoot over harvested oats at the farm.

The stories are a pleasure for Ms. Bertrand, the bitter and the sweet. She read every one, devouring them by the hundreds like chapters in a novel, chatting with the ones she chose to record as if they were companions.

She knows they are important. A selection of the texts will go to the Museum of Civilization in Quebec City, to be part of their archive – it’s already arranged. They are treasures of cultural history from the bottom up.

Ms. Bertrand will miss the women when they’re gone – the Catherines and Bérangères and Marielles, with their iodine tinctures and mustard unguents, their cold outhouses and double weddings; the world they came from and the world they built.

Maybe it’s easier to say what she has already done, in their company. To say that she leaves a trail of glowing words amidst a sea of darkness in her wake. The words of a fleeting generation, lately made more fleeting – the words of Evangeline and Lumina and Françoise.

Françoise, who remembers the night electricity came to town. How a man from the power company climbed a pole with his heavy crampon boots and pulled a lever and, just like that, modernity walked through the door. How they turned the switches to “On” – “On,” in English – and listened to records for the first time, and were all so overcome, they might just have left the lights on when they went to sleep. 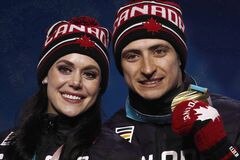 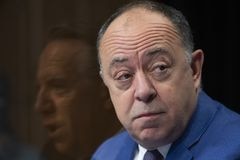 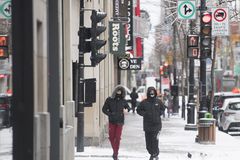