Steven Del Duca does not leap out as the obvious face for the Ontario Liberal Party to put forward to contrast Doug Ford next election.

A middle-aged political lifer who tilts slightly toward the centre-right, Mr. Del Duca is not a natural to rally a progressive resistance behind him. And he gives off a certain old-school-politics vibe, with baggage from the approval of a commuter-rail station in his suburban riding when he was Kathleen Wynne’s transportation minister, that could remind Ontarians of why they grew weary of his party.

But coming out of the provincial Liberals’ annual general meeting this weekend, Mr. Del Duca has to be considered the odds-on favourite to win their leadership next March.

That’s partly because he has been significantly outhustling other potential candidates in the leadership race’s early stages.

It’s also because members who attended the Liberals’ weekend gathering voted to keep a leadership-selection system that could benefit an insider who has beaten everyone else out of the gate.

A majority of those members, actually, voted to switch to a version of a one-member, one-vote system − but not enough to pass the two-thirds requirement to change their party’s constitution. So, the Liberals will again hold a delegated convention, where a couple thousand people sent by their ridings vote to choose the would-be premier.

There are good arguments for sticking with that approach. It offers a hybrid in which all party members can vote in their ridings to elect delegates supporting their leadership candidate of choice, then those delegates make second-choice decisions if no contender gets a majority of first-ballot support. And conventions make it difficult for someone without a strong commitment to the party to stage a takeover, as they might if only enlisting people to cast quick votes by mail or online.

But easily accessible, the format is not. Successful candidates have to develop campaign organizations capable of getting people out to local meetings to cast rather confusing ballots to elect delegates. And they have to identify people that they can count on to give up a full weekend to go to the convention, and provide them logistical support to get there.

That’s why Mr. Del Duca’s running start matters so much. He has already locked up some of his party’s top organizers – including his campaign manager, Tom Allison, who ran Ms. Wynne’s leadership campaign and probably understands this system better than anyone else. And by campaigning hard for months already, building off relationships dating back to his time as a Liberal staffer, Mr. Del Duca has also gone a long way toward enlisting local organizers.

Even other candidates who have declared they’re running – former minister Michael Coteau, and former staffer Alvin Tedjo – already have lots of catching up to do. All the more so for those who seem to want to run but haven’t announced yet, including former minister Mitzie Hunter and Kate Graham, a political scientist who ran for the Liberals in the past provincial election. Never mind outsiders who might yet express an interest, or federal Liberals who could do so after October’s election.

None of this makes a victory by Mr. Del Duca a forgone conclusion, nine months out. Even if he enters the convention with a generous lead (which itself is still no guarantee), a downside of this system for him is that it lends itself to “anybody-but” movements, in which supporters of candidates who place lower on the first ballot band together against the front-runner.

But that’s moot if the front-runner gets a majority of votes, or close to it, on a convention’s first ballot. And there has been chatter among Liberals that Mr. Del Duca’s organizational edge could have him headed that way.

That could speak to why Mr. Del Duca is the right choice for the Liberals right now. Their next leader’s biggest job is arguably to rebuild the infrastructure of a party that currently lacks official party status, and is so broke that it can barely afford a skeleton staff. Perhaps, he is already demonstrating that he has the work ethic and organizational prowess for that.

Or maybe the Liberals have already missed an opportunity. At the moment, their party is somewhere close to the top of provincial polls, despite being an empty shell – a sign of Mr. Ford’s unpopularity, the Liberals’ enduring brand strength, and the Official Opposition NDP’s lack thereof.

Could that attract big-name candidates from outside the current party ranks? And might it encourage a large swath of Ontarians to participate in choosing a potential replacement for a Premier millions of them dislike? This weekend, the chances of both took a big hit. 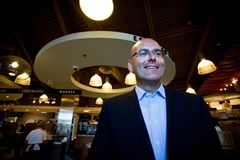 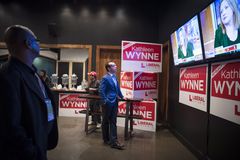 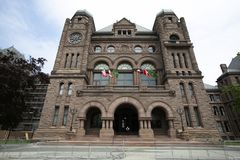