When he takes the stage on Monday for the first leaders’ debate before Ontario’s June election, Doug Ford may give the impression of being under sedation.

He’s been that way much of the time since winning the Progressive Conservative leadership in March and it’s served him well. Based on the reputation he developed while a Toronto city councillor, voters had cause to expect an undisciplined and vituperative behaviour; what he has mostly proven is that he’s someone capable of holding his worst temperamental impulses in check.

If Mr. Ford can smile his way through the debate the way he has many other public appearances so far — a stiffer test if Liberal Premier Kathleen Wynne and the NDP’s Andrea Horwath try to get under his skin — he will take another step toward refuting some of the most obvious concerns about him as a potential premier.

He might achieve likewise with opponents’ attempts to present him as too right-wing. In his municipal days, Mr. Ford was known for voting against almost every expenditure, no matter how innocuous or socially beneficial. Now, despite claiming he will find many billions of dollars in savings, he is less willing to advocate for spending or job cuts than some other recent PC leaders.

But that sort of logical inconsistency points to the test voters should be applying to Mr. Ford, with the campaign set to officially begin Wednesday.

Forget whether he’d be too mean a premier. The bigger question is whether he knows what kind of premier he wants to be at all — and whether he threatens to plunge Ontario into chaos not by design, but lack thereof.

It was obvious when Mr. Ford entered this winter’s sprint of a leadership campaign to replace Patrick Brown that he knew little about provincial governance. Debating other candidates, he spoke in vague slogans, or fell back on boasting about his purported municipal record. To the limited extent he spoke specifically about provincial policy, it was mostly adopting simplified positions — against carbon pricing, against Ontario’s updated sex-education curriculum — on issues that resonate with the PC base.

But he remains most in his comfort zone when speaking emotively rather than substantively. His biggest applause lines are about firing the chief executive of Hydro One — a good way to tap into anger about energy prices, without explaining effective remedies. He has yet to show much inclination to go deeper even on issues where he does potentially have something more meaningful to offer.

None of this is out of keeping with what one hears about Mr. Ford from those who have interacted with him. He is known for having very limited interest in policy briefings; he wants to go with his gut.

If it seems obvious those impulses would be resolutely right-wing, it’s not that simple. People who know him also describe someone surprisingly eager to be liked, who could have trouble making tough decisions with winners and losers. (It was one thing to cast lonely protest votes while on Council, and it’s another to potentially be the most powerful person in the province.) There is also some suggestion that he is susceptible to changing his mind depending on who spoke to him last.

All this may explain situations like last week’s, when he said he would open the province’s Greenbelt to development, then took the opposite position a day later. And it points to potential for confusion in the early days of a PC government, especially because the Tories do not appear to have adopted the sort of process that could smooth an inexperienced candidate’s entry to office.

If Mr. Ford were running on a detailed platform, even one he spoke about only in generalities, it could provide a useful road map of policies to implement. Instead, the PCs have broken with the recent practice of all major parties in Ontario by declining to release a fully costed plan, opting for only a few specific planks. (Even some of those have a back-of-the-envelope feel to them: Offering big tax relief for someone making minimum wage, and taking it away entirely if they inch by a dollar or two an hour, is not how progressive tax systems usually work.)

Less obvious but more disconcerting is that, as of the end of last week at least, Mr. Ford had yet to appoint a transition team — a unit that, typically headed by a reasonably non-partisan veteran of government, begins before election day to work with bureaucrats and others in identifying pressing policy and personnel decisions and options. By contrast, such work was already starting on Mr. Brown’s behalf when he was ousted in January.

This is not the most fertile ground for Mr. Ford’s opponents. It’s more appealing to accuse him of being mean than to criticize him on preparedness. For voters who believe government is disconnected from everyday realities, his lack of inside knowledge may be part of his anti-elite appeal.

But a new premier stumbles into office and makes ill-informed decisions that come back to bite him later, or is so overwhelmed by his choices that he’s paralyzed, Ontarians won’t have much less cause to feel angry than they do now.

Monday’s debate, focused primarily on Toronto-area issues with which Mr. Ford should have some expertise, is his best chance so far to set to rest such concerns. Anyone worried about his qualifications beyond keeping his temper in check should be watching to see if he is willing and able to defy expectations on substance, the way he has on style. Ontario party leaders set to face each other in first election debate
May 6, 2018 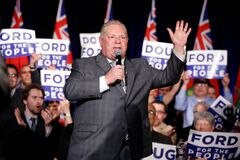 Ford drops former leadership rival Tanya Granic Allen as candidate for Ontario PC party
May 5, 2018
Opinion
Ontario Auditor-General Bonnie Lysyk does disservice to public by getting it wrong on hydro costs
May 6, 2018 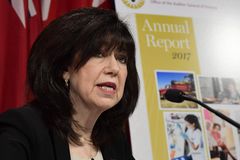 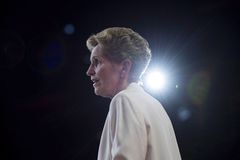