West Block is the oldest building on Parliament Hill in Ottawa, but it has never been the most important.
That changes next year: the House of Commons is moving in.

The Parliament buildings were first constructed in the lead-up to Confederation in 1867. Political representatives from the new country needed a place to gather and debate the issues of the day. The centrepiece of Parliament Hill is Centre Block, which features such icons as the Peace Tower, the Library of Parliament, the House of Commons and the Senate. Flanking Centre Block on either side is East Block and West Block, which both contain offices and meeting rooms. Other government buildings have been added over the years nearby. 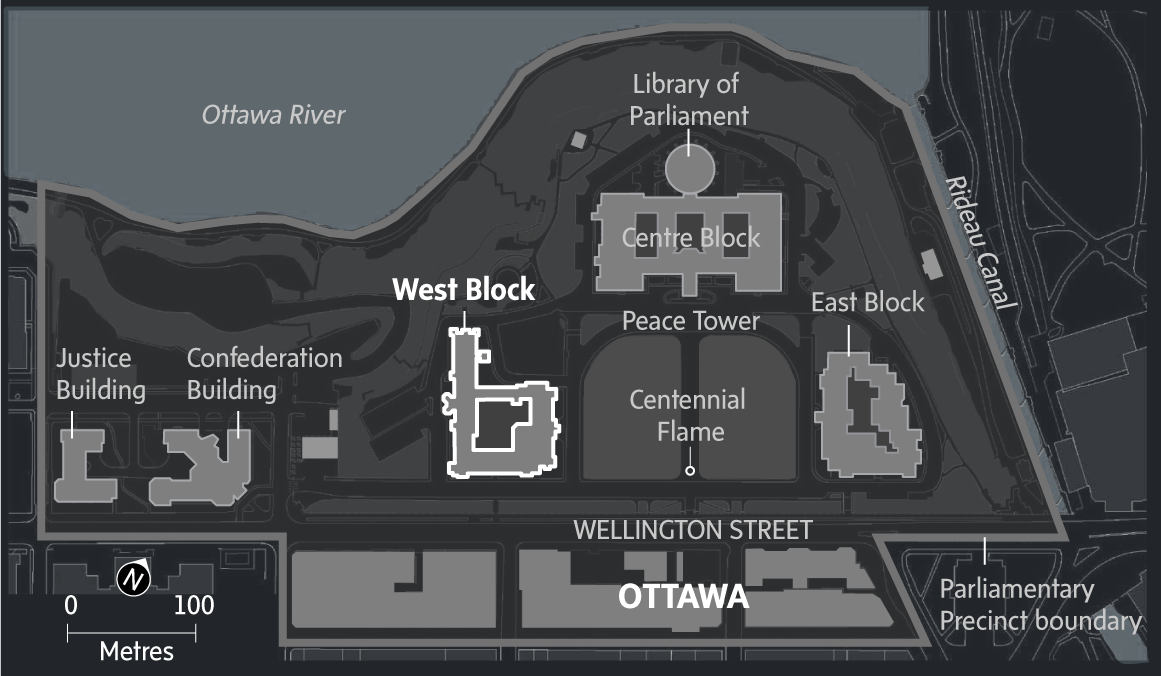 The Parliamentary Precinct is the group of buildings clustered around Parliament Hill that hosts the executive and legislative branches of government.

Despite occasional repairs – including the full-scale rebuilding of Centre Block after a fire in 1916 – the buildings are showing their age. In 2007, the federal government decided on a long-term project to repair the crumbling offices from the inside out, replacing everything from the copper roofs to the electrical systems.

Because politicians still needed Parliament Hill to carry out their duties, the Parliament buildings couldn’t all be shut down at once. Instead, the restoration work has been tackled in stages, beginning with West Block’s closure in 2011.

Centre Block is next, and is expected to be closed for at least a decade. And, while it is, the House of Commons has to move – about 100 metres to the west, to the newly remodeled West Block, which is set to open in January, 2019.

This is the story of how the new West Block was made. 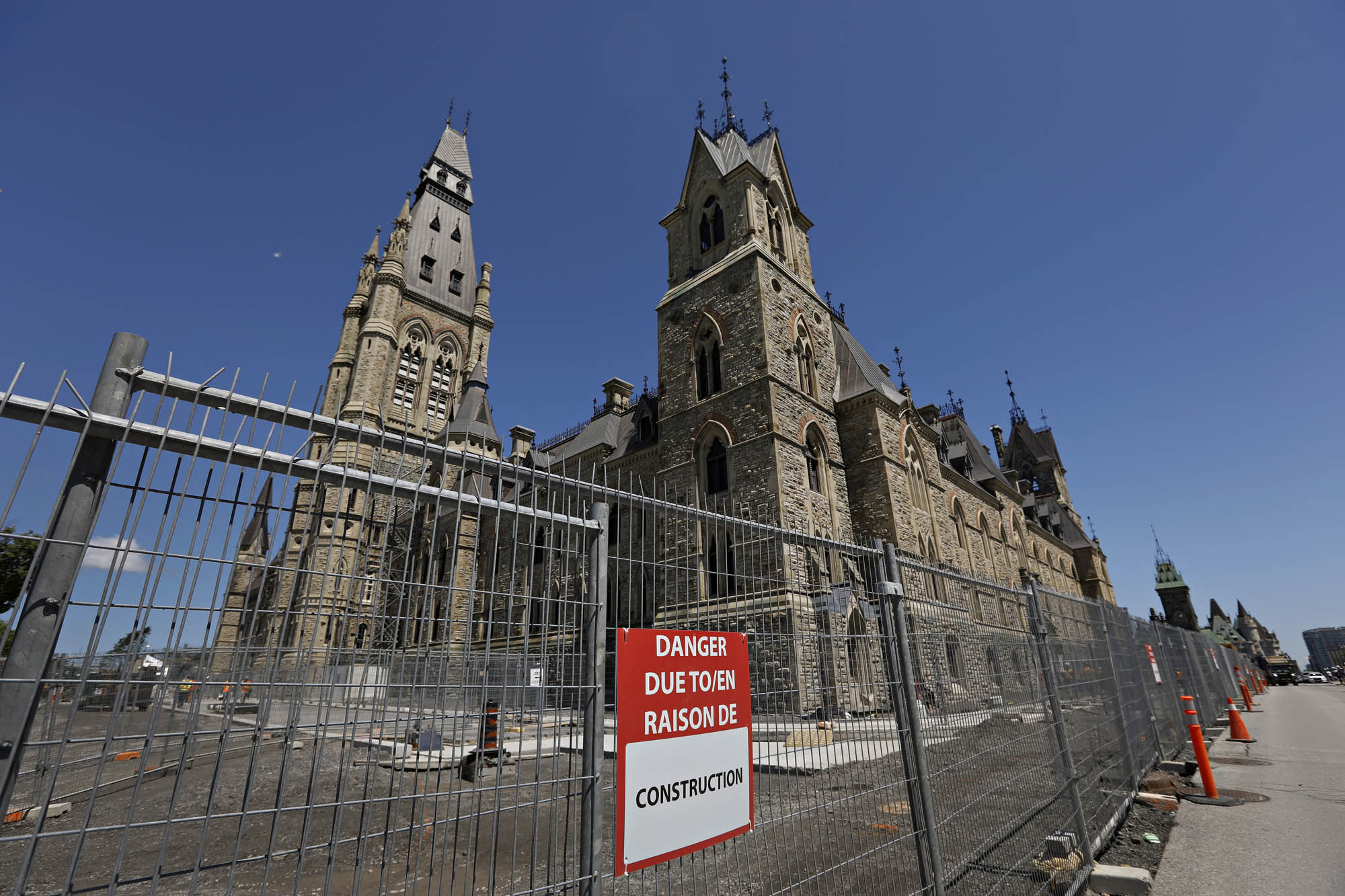 West Block has been an active construction zone since 2011. 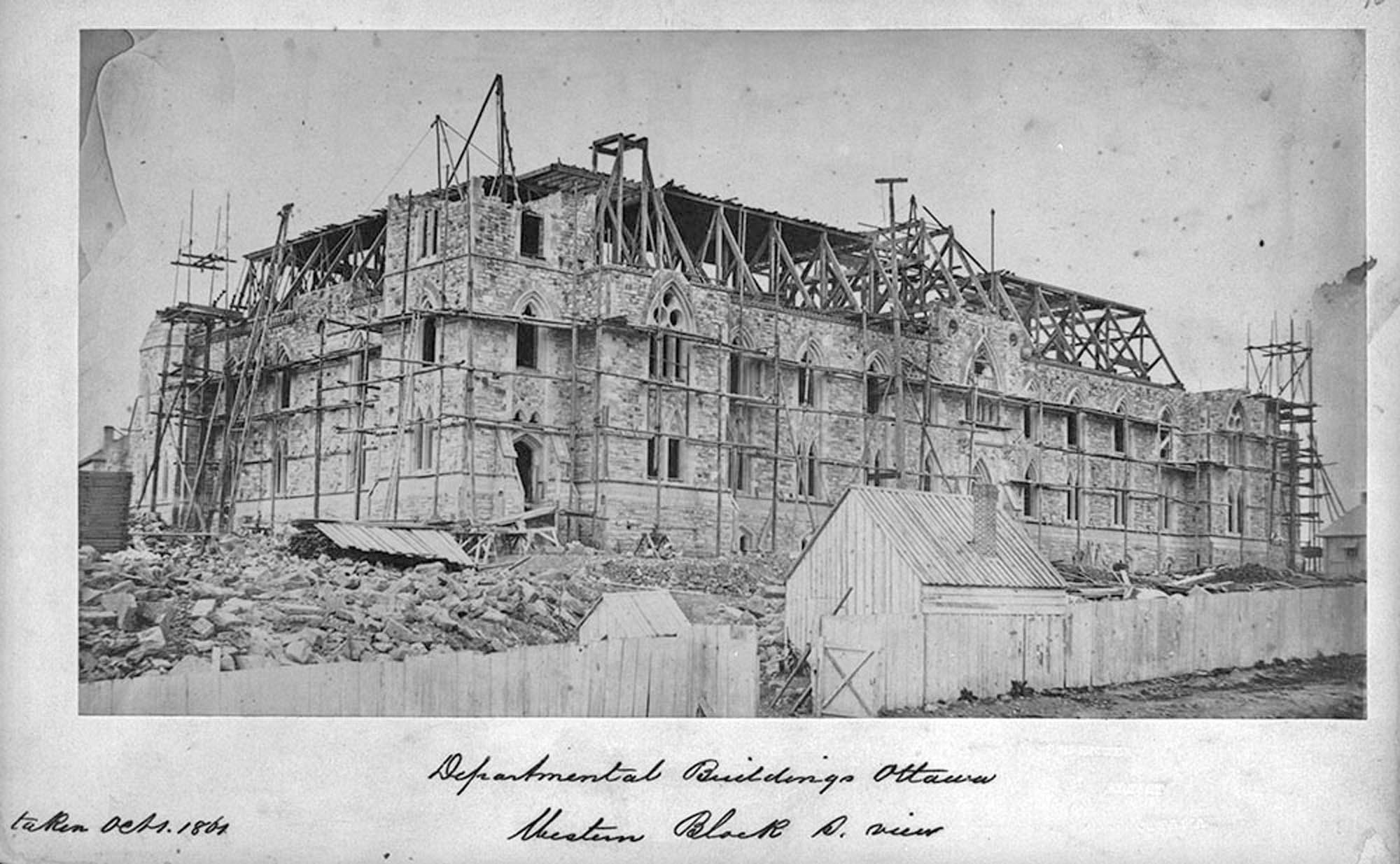 The $863-million project required an army of skilled tradespeople. The government estimates there were an average of 500 workers on site every day – sometimes more than 1,000 – for a total of more than 6 million hours of labour. 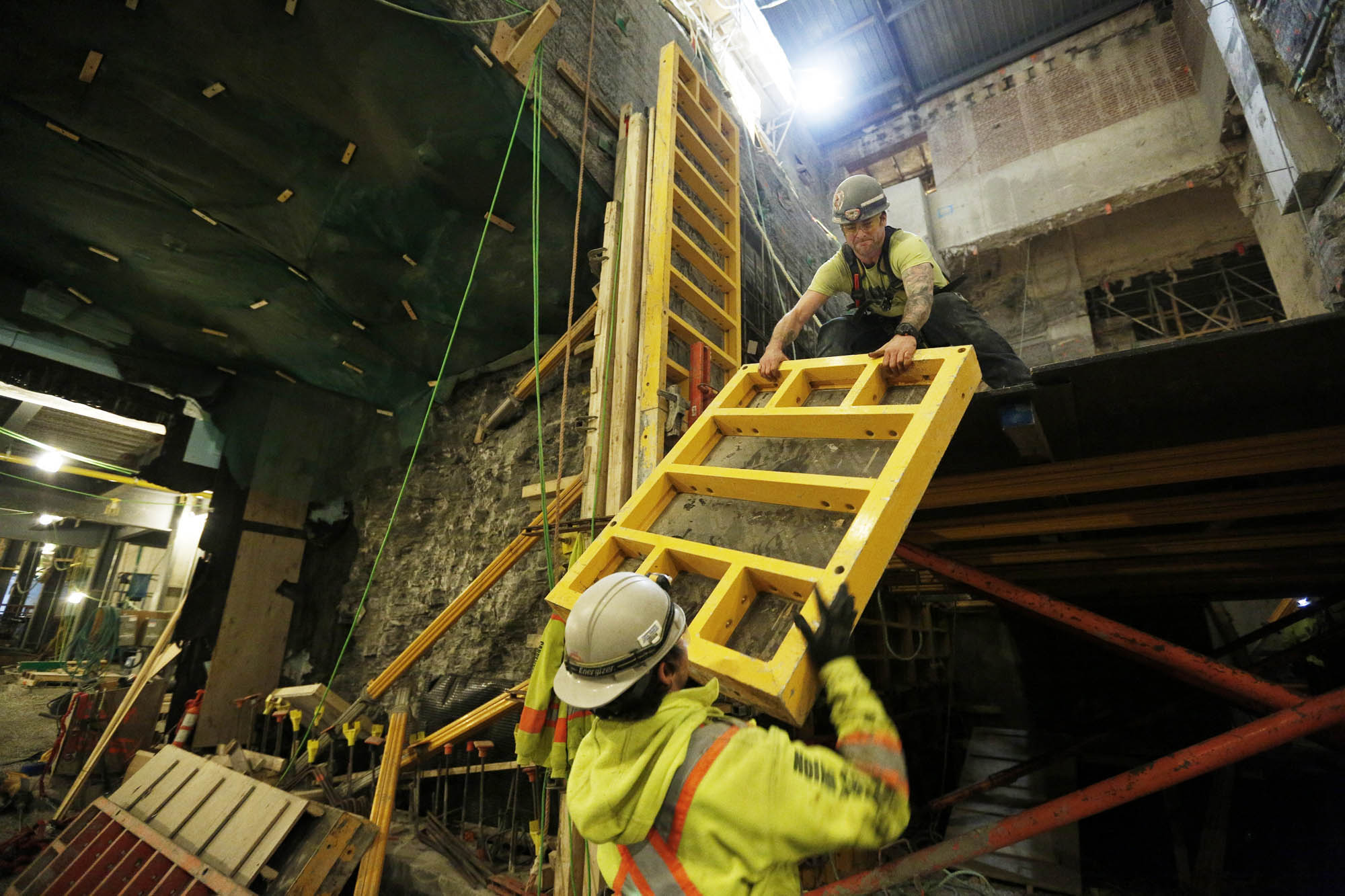 New underground levels were created under West Block by blasting through tons of bedrock. 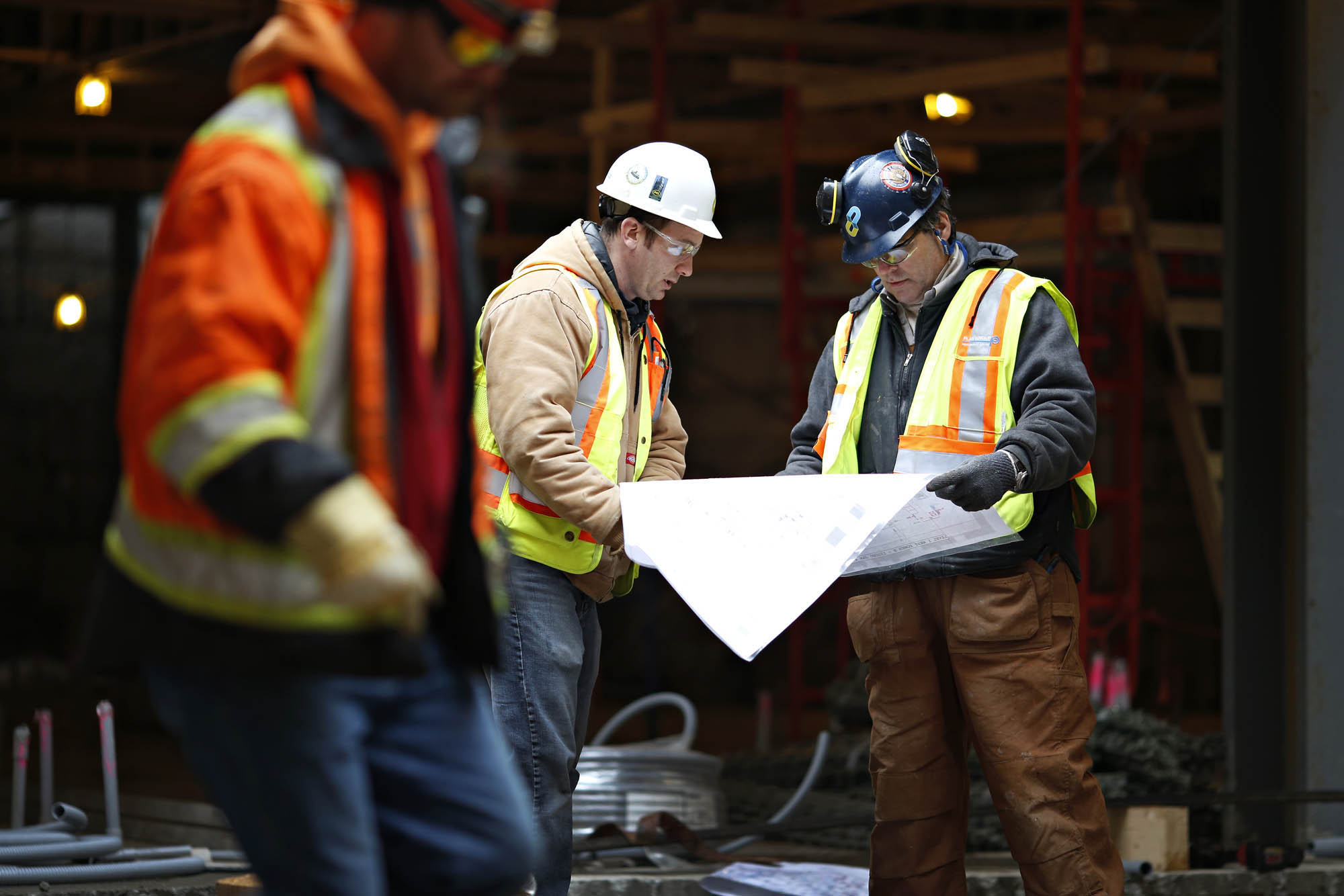 The building’s extensive stonework required masons to remove and number each chunk of sandstone, so that once cleaning and fixing was complete they knew exactly where to put them back. During the peak of masonry work, more than 200 specialists were on site per day, some of whom were recruited from overseas.

The jewel of West Block is the new House chamber. It is situated in what used to be the O-shaped building’s exterior courtyard. Light shines down through the new glass ceiling that is held aloft by tree-shaped steel columns, and dapples the green carpets.

The new House of Commons chamber was built inside what used to be an outside courtyard. Exterior stone walls surround the chamber, which is topped by a steel-and-glass roof that lets in natural light.

Stone walls surround the chamber, and visitors filing into the public galleries will even be able to peer into the windows of working offices. Georges Drolet of EVOQ Architecture, the firm that designed the space, says they wanted to evoke nature – both to reference the historical landscape of Parliament Hill, and to create a unique Canadian sensibility that wouldn’t require “having to put a moose everywhere.” 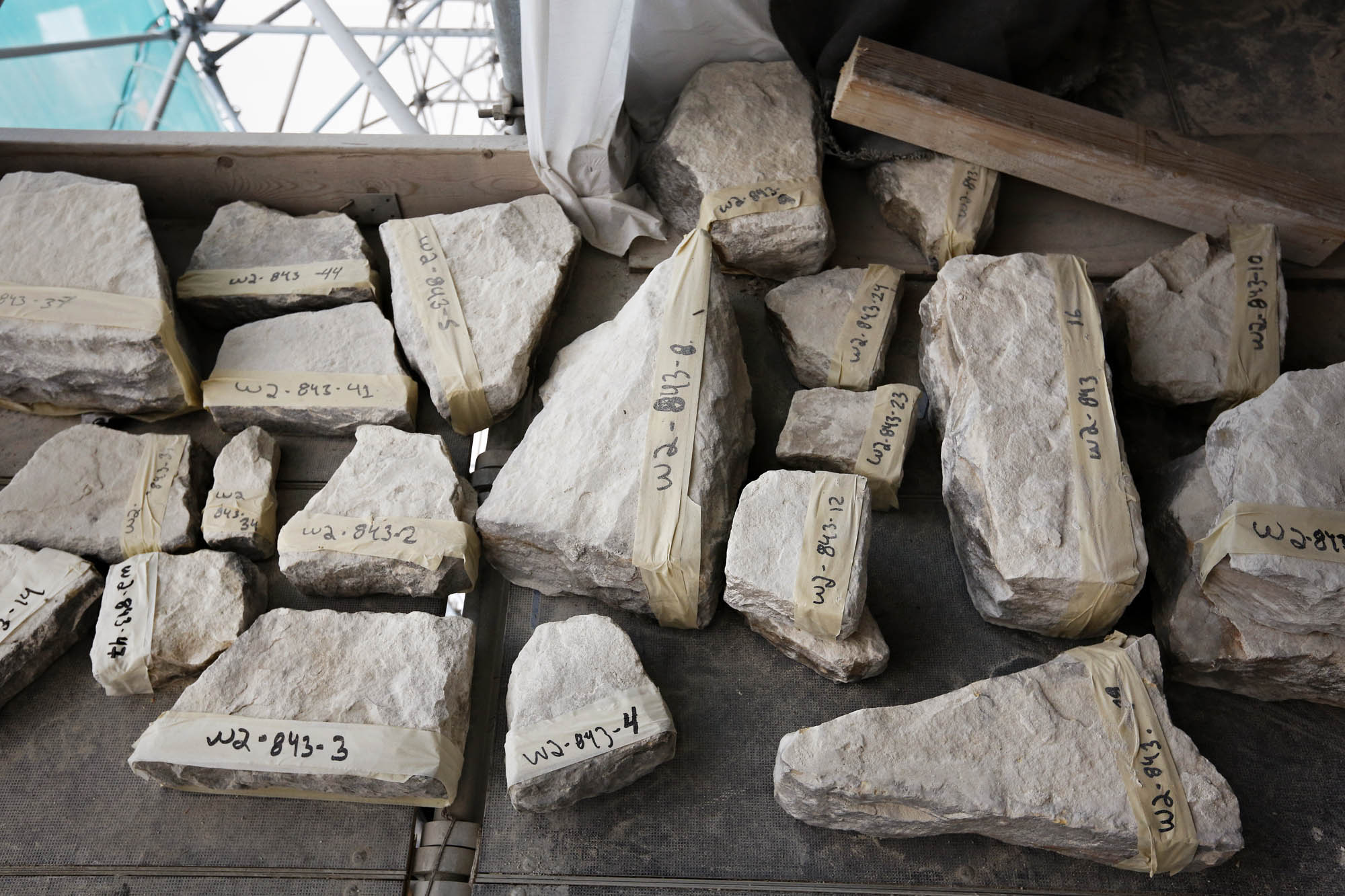 140,000
The number of stones that had to be moved, numbered and reinstalled – almost half of the building.
THE VISITOR CENTRE

Once the House moves to West Block, the experience for visitors will change. The government has constructed a new visitor welcome centre into the hill between the Centre and West Blocks, where visitors can book tours and get screened by security. Carol Phillips of Moriyama & Teshima Architects says they used limestone and white oak to “to create lightness in what is otherwise a subterranean building.”

Top: Space for the Visitor Welcome Centre was dug out of the earth between Centre Block and West Block. Bottom photos: Visitors will have to pass through a curving underground tunnel on their way to West Block, then take elevators up to the House of Commons or to take public tours. 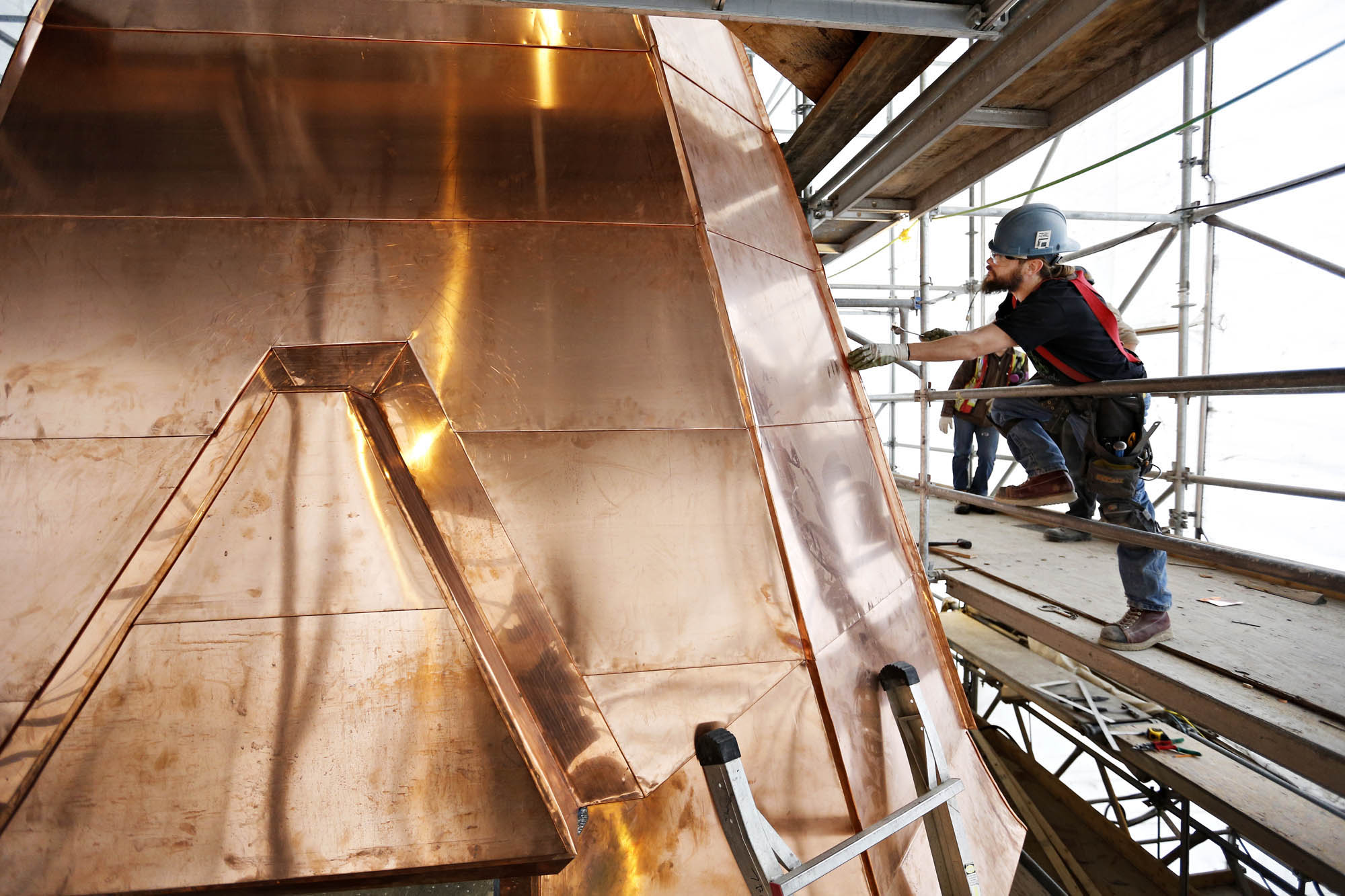 Workers blasted through 28 Olympic-sized swimming pools worth of bedrock to create new underground levels that extend below the House chamber. Two of of these floors will contain committee rooms and offices and will eventually connect to other parliamentary buildings through a tunnel network. The other level will be for mechanical and electrical systems.

Workers fit up rooms underneath West Block.
1.4 MILLION
The number of new bricks laid inside the building to reinforce its structure 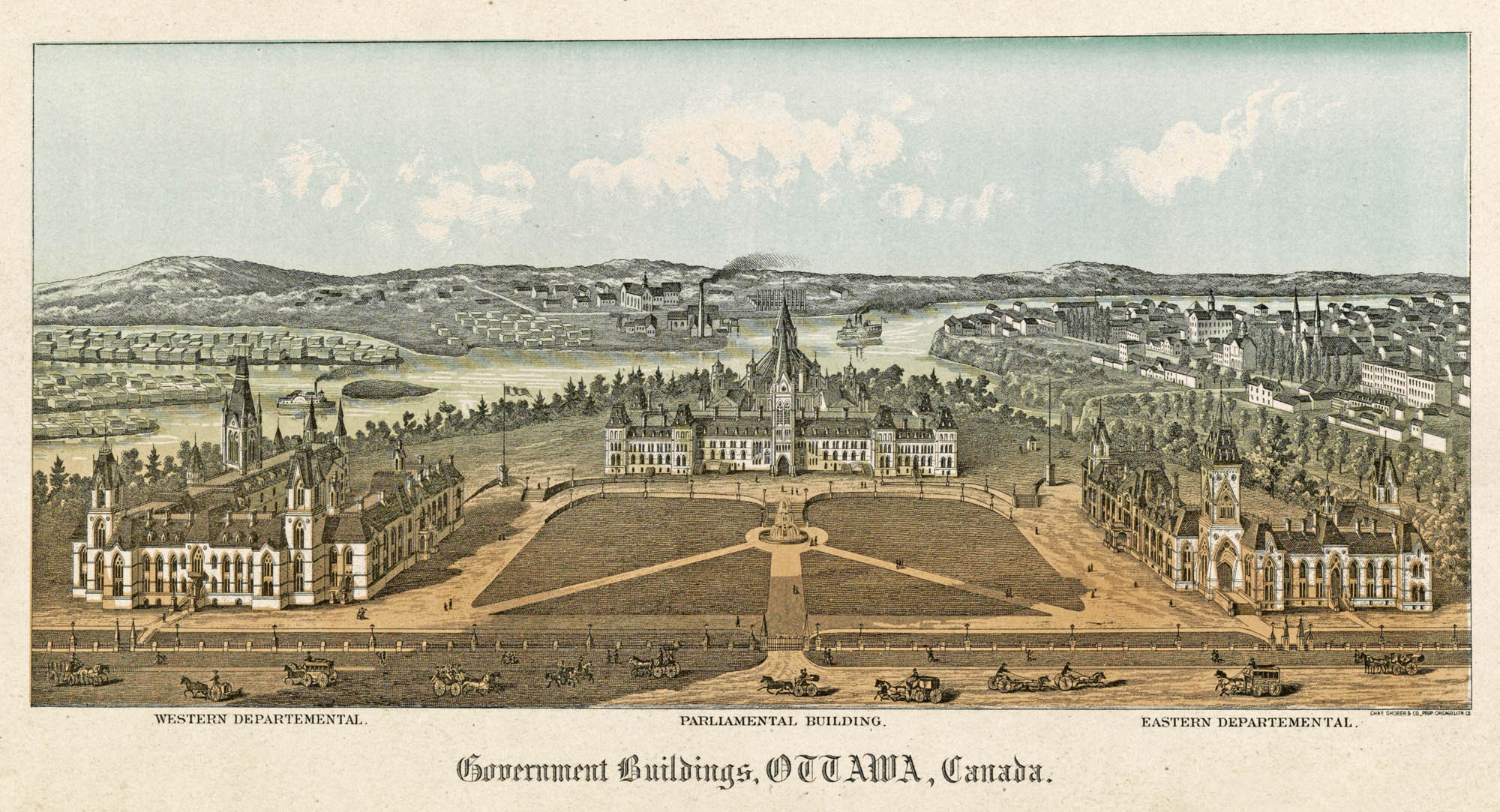 The House of Commons is expected to stay in West Block for at least a decade, depending on how long the restoration of Centre Block takes. The government says it hasn’t yet decided what it will do with the new House chamber after MPs move back to their traditional home.