Some dinosaur fossils – particularly the sharp-toothed, carnivorous kind – evoke a delicious sense of terror when viewed from behind a display-case glass. Who can stare at that rapacious reptilian grin and not wonder: “What if I had to face a live one of those?”

When visitors line up this week to catch a glimpse of the latest dinosaur acquired by the Royal Ontario Museum in Toronto, the feeling they are more likely to experience is respect.

While imposing to behold, the armour-plated reptile known as Zuul crurivastator was, nonetheless, an herbivore that munched peacefully on ferns and other plant stuff during the late Cretaceous period, about 76 million years ago. But it played a mean game of defence, thanks to the crushingly powerful bony club it wielded at the end of its long, muscular tail. That accounts for the second part of the creature’s scientific name, which is Latin for “shin destroyer.” (The first part, Zuul, is the name of a demonic beast in the original Ghostbusters movie, to which the dinosaur bears a passing resemblance.)

Judging by how many carnivorous dinosaurs have been unearthed with battered leg bones, it’s fair to assume that such a feature was not just for show. In the context of this week’s news, one imagines that tail swinging with a menacing force, rather like the paleo-equivalent of a U.S. House Speaker’s gavel keeping an angry president in check. 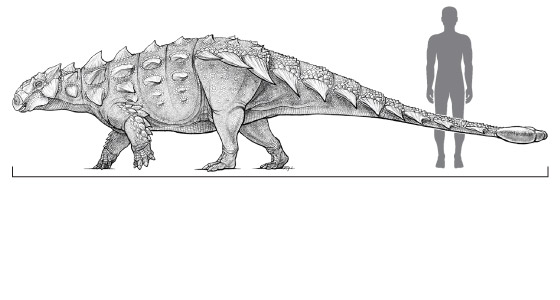 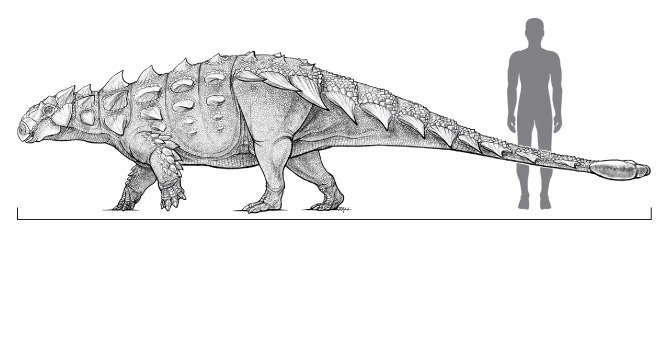 Watch: Ivan Semeniuk takes a look behind the scenes at Zuul's journey to the Royal Ontario Museum.

Zuul is a form of armoured dinosaur that paleontologists call ankylosaurs. They are relatively rare, making up about 5 per cent of dinosaur finds. Zuul is even rarer, because it is a nearly complete specimen, including head and tail.

The evidence suggests it may have drowned in an ancient river and was buried on the sandy bottom rather quickly in successive floods during what would have been frequent tropical storms.

Because of its catchy name and dramatic backstory, Zuul now seems destined for a busy second life as a crowd-pleaser. But its public debut also marks the beginning of a behind-the-scenes scientific investigation that could ultimately reveal far more about dinosaurs than meets the museum-goer’s eye.

The reason for this has to do with the circumstances in which Zuul was discovered in 2016, when a team of professional fossil hunters working in northern Montana struck the end of its tail with a mechanical excavator. While this caused a bit of minor damage, it was a small price to pay for an unexpected find. At that point, the team was already working many metres deep into hard rock, where they were busy extracting another dinosaur specimen. Without that lucky strike, no one would ever have known Zuul was there.

“They found it thousands of years before it would have naturally eroded out,” says David Evans, a paleontologist and senior curator at the ROM. “And the fact that they found it so deep means it’s really well-preserved.” 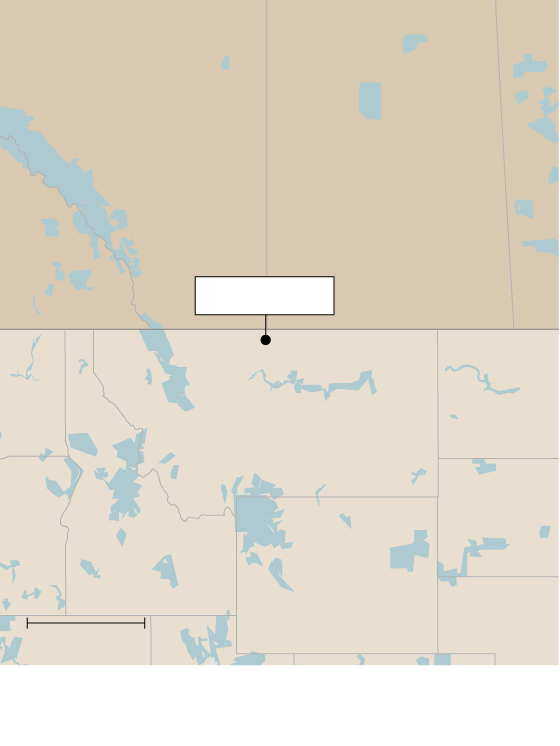 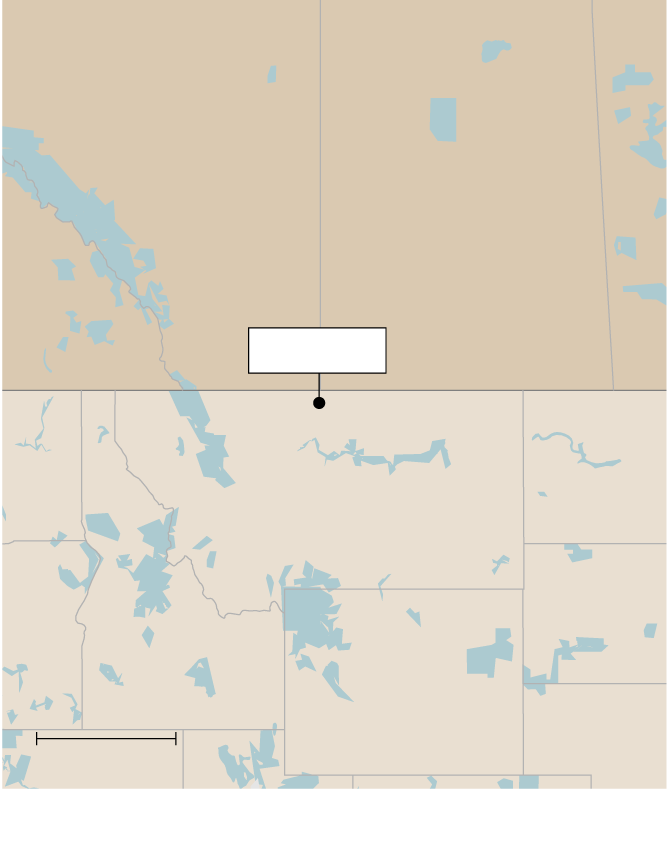 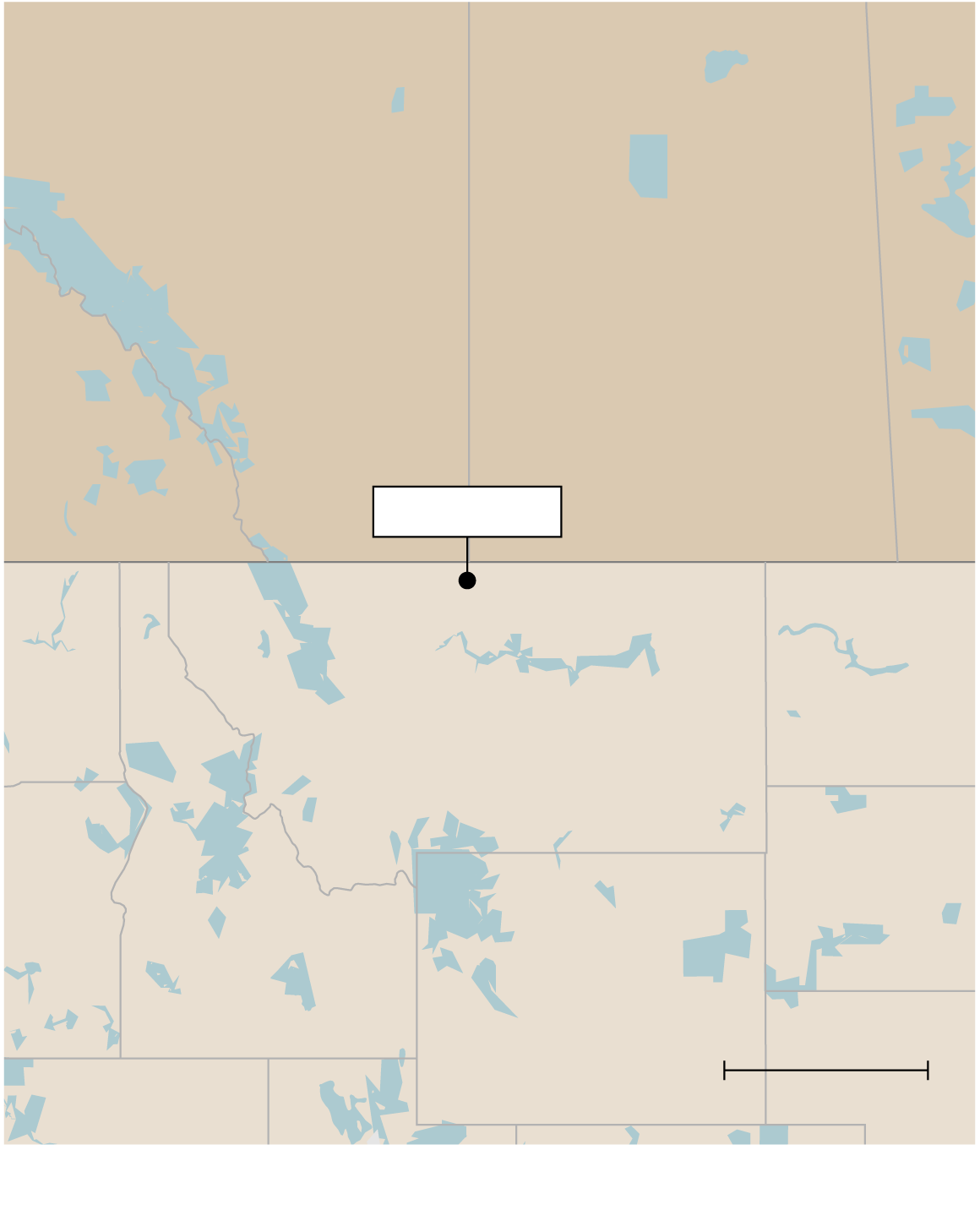 In practical terms, Zuul’s remains are remarkably unweathered and untouched by plant roots, or unaffected by ice ages and the countless frosts and spring thaws that have played out above its rock coffin for so many millions of years. That makes Zuul a golden opportunity for scientists looking to extract any remaining organic material that is preserved along with dinosaur bones.

Until recently, such an idea was considered a fantasy, as unrealistic at the premise behind Jurassic Park, in which dinosaurs are brought back to life through their preserved DNA. Today, dino-DNA remains an unrealizable goal, owing to the fragility of the DNA molecule over geologic time. But what some exceptional dinosaur specimens may offer are traces of proteins that can be recovered from mineralized skin and bone and analyzed to reveal evolutionary details about the long-lost Age of Reptiles.

“We’ve got reams of data from multiple labs that tell us proteins can persist,” said Mary Schweitzer, a professor at North Carolina State University and a pioneer in the still-emerging field of molecular paleontology. “The question now is how can we access the information locked in the rock record?”

Dr. Schweitzer was part of a team that published a surprising report in the journal Nature last week, showing evidence for soft-tissue preservation in a 180-million-year-old marine reptile. Zuul is less than half as old and beautifully preserved. While it’s not yet known whether it may yield any traces of protein, Dr. Schweitzer said there is every reason to try.

In particular, she said, the dense cortical bones, at the ends of Zuul’s large limbs, where blood vessels are concentrated, would represent a prime location for proteins to linger.

Meanwhile, once scientists cut into the massive block of sandstone containing Zuul, they found not only a near-complete skeleton, but fossilized bones and debris from many other species of animals and plants. In some cases, the tiny holes in fossilized leaves are so well-defined that it should be possible to say something about the insects that ate them based on the shapes of the minute bite marks they carry.

And for the next several years, even as much of Zuul goes on display, other parts of the fossil trove will be examined specimen by specimen, and quite possibly, molecule by molecule to reveal a slice of North American prehistory that, over time, gave rise to the familiar continent and wildlife we know today.

Bonus video: How do you flip over a dinosaur?

The massive slab of rock encasing the skeleton of a Zuul crurivastator dinosaur weighed more than four pickup trucks, and it had to be flipped over to get it cleaned up. Here's how the team preparing Zuul for its ROM debut managed the feat.