With in-person classes cancelled, dorms shuttered and jobs lost, Canada witnessed a mass migration of postsecondary students moving back in with their parents through the pandemic. For many grown children and their families, the unexpected cohabitation was claustrophobic, occasionally tense.

But going home has been more a troubling experience for some students than others. When schools closed abruptly in March, some LGBTQ youth were forced to move back in with unaccepting and homophobic relatives. Fearful for their safety, some have been going back into the closet, according to new Canadian research.

Surveying 794 LGBTQ Canadians about their lives through the pandemic, Trent University Master’s psychology student Bre O’Handley found young people on guard and hiding their sexuality or gender identity around unsupportive or outright hostile family members. Some described relatives mocking, criticizing or pressuring them to “become straight.” Young transgender adults spoke about putting their transitions on hold, acting the gender their parents were familiar with instead. Many felt completely disconnected from friends and queer communities they left behind at the start of the pandemic. Isolated, missing close ties and feeling helpless about interminable lockdowns, many are seeing their mental health deteriorate.

“Home base was now a place where they had to monitor their identity 24/7, which is cognitively and physically exhausting,” said Karen Blair, an assistant professor of psychology at Trent University and director of the KLB Research Lab. “If you think about everything else that’s wearing people down in this pandemic, and if you had to live a lie on top of that, what would that be like?”

Since last March, Blair has been tracking Canadians’ pandemic experiences using a large-scale, online diary study that includes the recent LGBTQ report. Along with other experts, the researcher is cautioning a need to balance public-health messaging to stay home with a stronger understanding that home may not be a haven for LGBTQ youth.

“We have a lot of public guidance that assumes that the family bubble – the household – is a safe place for people to be isolating and socially distanced. That may not be the case for LGBTQ2 Canadians,” said Elena Prokopenko, who recently co-authored a Statistics Canada report titled Vulnerabilities Related to COVID-19 Among LGBTQ2+ Canadians.

The report sounded alarm over LGBTQ2+ youth being “forced to isolate at home with homophobic, biphobic, or transphobic family members,” warning that “alternative housing options may not be available or affordable.”

Helen Kennedy, executive director of Egale Canada, has witnessed frightened teens going back into the closet during the pandemic. Egale runs a small online and in-person school for LGBTQ2+ students aged 16 to 20. Many live with their friends, others on the streets. Some who live at home face verbal or physical violence, with lockdowns only magnifying problems, Kennedy said.

“They have no privacy. They can’t engage in public activities like camps that we used to run in the summer. They can’t participate in queer-straight alliances. It’s just not safe for them.”

LGBTQ youth locked down with unaccepting families are limiting how they communicate with partners and friends, according to Blair. Many are avoiding more obvious phone and video calls, opting for more discreet text messages. Some won’t even do that, afraid a relative will pick up their phone.

Offline, their meeting places and bars are closed – some for good. “That’s the only place you could go to be yourself,” Blair said.

Advocates are urging organizations to strengthen the supports they offer online. For instance, Egale launched #HomeNotAlone, an awareness campaign that includes resources for LGBTQ Canadians struggling with isolation and familial rejection during quarantines.

“We want to encourage people to reach out to each other more often,” Kennedy said. “A phone call, an e-mail, a text – just to say that everyone’s in the same boat and we’ve got your back if you need anything.”

For parents who see themselves as supportive of their LGBTQ teens, Blair suggests they consider whether they truly engage their children: Do they ask them about their lives, friends, partners and breakups in the same way they ask their straight children?

Moving back home with his parents and brother was a painful experience for one 21-year-old transgender man in Ottawa, who asked not to be identified to protect his family’s privacy.

The young man was studying psychology when his university and residence shut down last spring. His mother and father insisted he move back in with them temporarily. But with lingering lockdowns, no classes to attend, no job and no driver’s license, he ended up at his parents’ for five months: “I don’t have that ability to just up and leave,” he said.

Living with his parents under one roof, he felt a wall go up. The summer was marred by arguments. Although his parents use his pronouns, they remain deeply uncomfortable about his hormone therapy and avoid talking about it. This is an improvement, the young man said, from the days his mother broke down crying about “all the things she was losing” as he transitioned.

“I feel like it has changed the way I see my parents,” he said of his experience back home. “It’s a difficult thing because they’ve caused me a lot of pain, but at the end of the day, they’re still my parents and I still love them.”

Isolated from his friends, classmates and community, the young man walked in the woods alone, listened to podcasts and tried to take a breath. His saving grace was a two-hour Zoom call every second day with his best friend, who is also trans. When school reopened for remote learning in early January, he was eager to return to his dorm.

“The people under your own roof aren’t always good for your mental health.” 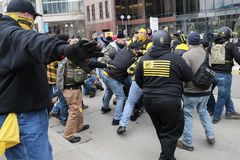