Ian Comeau planned to take his 87-year-old father for a Sunday drive through the northern New Brunswick countryside around the small city of Campbellton, a weekly ritual they haven’t been able to do for months. Instead, he spent the weekend waiting to find out if his father had contracted COVID-19, after one of the staff members at his dad’s long-term care home tested positive, and news broke that four residents now have the virus.

On the Listuguj First Nation, just across the Restigouche River from Campbellton, Paula Ann Isaac’s home was back in lockdown, after a chance exposure with an infected doctor at the local hospital – the brief window of permitted family BBQs slammed shut.

Four hundred kilometres south in Quispamsis, Brian Hudson had been anticipating his first chance since March to worship at St. Luke’s Anglican Church, even if he had to wear a mask and there’d be no singing. But the service, carefully planned to keep everyone safe, was among the gatherings abruptly postponed by provincial order.

They’d been looking forward to a little freedom, some semblance of normal, with the coronavirus that causes COVID-19 held at bay.

What happened in New Brunswick last week is an example of the whiplash the entire country may be fated to suffer, the fragility of our successes at ending the pandemic.

As New Brunswickers have now learned, it only takes one person – in this case, a doctor who travelled to Quebec and instead of self-isolating continued treating patients, Ms. Isaac included, for two weeks in the emergency department at the Campellton Regional Hospital. As of Sunday, there were 12 confirmed cases in the region, including a second doctor at the hospital, and five people connected to Manoir de la Vallée, a facility with 51 residents, in the nearby village of Atholville. One of elderly residents has been hospitalized, along with three other people in the community.

Campbellton is one of the first and most stark cases of the COVID-19 suppression strategy that has come to be known as the hammer and the dance. Until last week, there had been only a dozen cases in Campbellton, according to the city’s mayor, all but one related to travel outside the province and none of them requiring hospitalizations. The entire province had gone days without an active case.

After months of the hammer – a lockdown at home, shuttered businesses and a controlled border – New Brunswick was slowly choreographing braver steps of the dance. Gatherings of up to 10 people allowed families and friends to see each other after weeks apart, and more businesses, such as barber shops, were permitted to open.

Now, mere days later, the hammer has fallen again – at least until testing shows how far the virus has spread. The Campbellton hospital has been forced to close its emergency department and postpone elective surgeries. The government has also delayed provincewide plans to permit more reopenings of places such as bowling alleys, pools and small churches.

To deal with the outbreak, additional medical staff have been sent to Atholville after 10 out of 28 staff members at the home refused to return to work. People are being told to avoid any non-essential travel in and out of the Campbellton area, with Jennifer Russell, New Brunswick’s Chief Medical Officer of Health, warning that “all corners of the province have to be vigilant.”

A setback like this was always likely, Dr. Russell said. But no one would have predicted that patient zero would be a hospital doctor, who after travelling to Quebec for personal reasons, broke the self-isolation rules, and went back to work, where he had contact with as many as 150 people.

Among them was Ms. Isaac, who went to the hospital on May 22, after experiencing shortness of breath for several days. She has chronic obstructive pulmonary disease, a lung condition that puts her in the high-risk category for complications from COVID-19. The doctor, who is now suspended from practising and under investigation by the RCMP, treated her in an exam room. A few days later, she received a call that she needed to be swabbed for COVID-19, jumping to the front of a line of 1,300 people in the region who have been tested in the past few days.

“In my wildest dreams, I didn’t think my COVID scare would come from him,” said Ms. Isaac, of the doctor who treated her. Learning she might have contracted the virus felt “like a death sentence” because of her risk factors. But on Saturday morning, she received a call that her test was negative. She was cautioned, however, that a negative test doesn’t put her in clear; she still needs to self-isolate at home for two weeks. “We are going to be very careful from now.”

While the parishioners of St. Luke’s were looking forward to gathering together for the first Sunday in months, Mr. Hudson observed that in the scale of things, “it’s not the end of the world.” The angry reaction to the doctor, especially on social media, has been more unsettling. “It is disturbing to me how many people are baying for his blood,” he said.

On Sunday afternoon, Mr. Comeau finally received word that his father’s test had come back negative, a relief, to be sure. But with the home locked down indefinitely, he had to break the news to his tearful mom, that she couldn’t have that long-awaited visit with her husband, and that the country drives were on hold.

It’s the way of things now – hope to disappointment, back to hope again. “We are a small community,” Mr. Comeau said, “but we have been resilient. We will survive.” 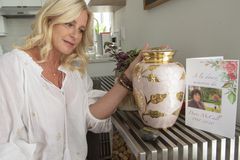 Palliative care has been put on the backburner during COVID-19 pandemic, experts say
May 31, 2020 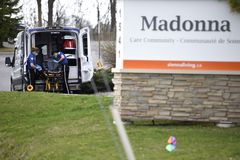