She volunteered to help in a Quebec nursing home when the pandemic began. Once there, she had to deal with residents who had severe dementia, saw dead bodies left in their rooms, and tried to help a woman lying for hours in feces and bedsores because the nurse on duty was busy sedating dying patients.

The woman, a hospital occupational therapist who was sent to help at the Sainte-Dorothée nursing home in Laval, north of Montreal, was testifying Monday at the coroner’s inquest into the impact of COVID-19 on Quebec’s elder-care facilities. More than 4,000 seniors died in long-term care in the province during last year’s first wave of the virus.

The woman’s name cannot be disclosed under a publication ban.

Along with the trauma and a back injury, she was left with a sense of guilt that she hadn’t done enough to alleviate the suffering of the elderly residents. She was haunted by nightmares about her patients.

“Maybe some died of dehydration because I didn’t hydrate them properly. I keep telling myself it’s not the case, but it’s in my dreams at night,” the woman said.

She arrived at Sainte-Dorothée on April 1, 2020. Like other long-term care homes, it had lost staff to the pandemic, so newcomers with little training were sent to different wards.

“Once you’ve dealt with the patients, then you know this one is aggressive and will spit on you when you feed her breakfast; that other one, it takes three to change his diapers. But we were constantly moved to different floors, so we always had to get to know new patients,” she said.

She said she once walked into a resident’s room to serve breakfast – only to find, without warning, that the resident was already dead. Sainte-Dorothée suffered the highest fatality count among Quebec nursing homes, with 102 residents dying during the first wave of the pandemic.

“There were deaths every day. Every day. That was the reality,” the woman said. My mental health couldn’t handle it ... I don’t work in intensive care; I am not a nurse. Death wasn’t part of my job.”

She and other workers could barely keep up with the pace. “We scrambled to change diapers. One day, we could only change soiled night diapers at 11:30 in the morning,” she said.

“Now it was lunch time. We didn’t have time for a break. It was a very challenging experience, to see in what shape the patients were in. One woman started crying when we started cleaning her, because she was so happy to be cleaned.”

Her voice breaking, the woman described dealing with wandering dementia patients. One man had to be strapped with a restraint because he kept going to the dining room to phone his wife. “The problem was that he didn’t go directly,” she explained. “He wandered around and touched everything on the way ... and he had tested positive.”

The home couldn’t install a landline in the patient’s room because the facility was under lockdown, and the family couldn’t afford to get him a cellphone.

The woman testified that she let one resident leave her room to sit near the elevator, which seemed at the time like a safe activity. But when the resident tested positive for COVID-19, the therapist wondered if she had made the right decision.

One morning, she helped a woman who had Stage 3 bedsores on her buttocks, where the wound had cut through all layers of her skin. “It was full of feces,” the therapist said. “The bandage had come loose. I asked the nurse if she could come change the bandage ... it took four hours before the nurse could come to change the bandage because the nurse was dealing with four cases of respiratory distress who were dying.”

The inquest heard previously that the staff at Sainte-Dorothée repeatedly gave morphine to patients as comfort care rather than attempt to prolong the life of those with breathing problems.

On April 17, the occupational therapist injured her back while she turned prone residents onto their other side so they wouldn’t get bedsores. She felt rattled by what she had witnessed. A manager called her in the afternoon to ask her to come in again the next day,

She told the inquiry she told the manager that she had already worked overtime all week and needed to rest because of her injured back.

“Listen, I am not asking you – I am ordering you,” she said the manager responded, citing the provincial decree that allowed health care workers to be reassigned during the pandemic.

“So I cracked,” she said, noting she ended up taking a medical leave a few days later. 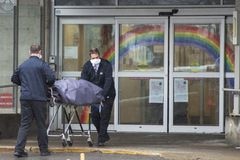 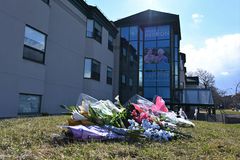 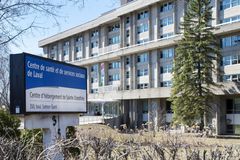