The Supreme Court of Canada ruled on Friday that British Columbia does not have to grant access to the personal health information of millions of citizens to tobacco giant Philip Morris.

This is the latest setback for Big Tobacco in a series of lawsuits it faces from provincial governments trying to recoup tens of billions of dollars in costs for treating tobacco-related illnesses.

It also demonstrates the lengths to which the industry will go to try to delay its judgment day in court.

B.C., in 1998, was the first province to sue tobacco companies for damages, adopting its first Tobacco Damages and Health Care Costs Recovery Act. Every province and territory (save the Yukon) has followed suit, with claims now exceeding $120-billion.

In the current case, Philip Morris sought, in the words of the government, “electronic health care databases which contain health care information of every person in British Columbia who has received health care benefits. These databases include individual-level records of every hospital, medical and other health care attendance, diagnosis and treatment provided during the past 25 years to each insured person.”

The company said it needed the raw data (with names expunged) to determine whether government claims about the cost of treating smokers were accurate.

The top court ruled that, even with anonymized data, the risks of privacy breaches were too great. It said that the company was entitled only to a “statistically meaningful sample” of data.

This is not the first – and it is unlikely to be the last – legal manoeuvre by the tobacco industry to stall proceedings.

It has a clear strategy: Delay, delay and delay.

Shortly after being adopted, the B.C. law was challenged as unconstitutional, but that argument was rejected. Next, the foreign parent companies of Canadian tobacco manufacturers (for example, the giant Philip Morris owns Benson & Hedges in Canada) tried to be excluded from the lawsuits, but the court ruled they should remain as defendants. Finally, the industry tried to get the federal government added as a third-party defendant, which was also rejected.

Barring further delays, the first cost-recovery lawsuit is slated to go to trial in New Brunswick on Nov. 4, 2019.

That’s almost two decades after legal proceedings began, and a reminder of how our courts operate at a snail’s pace.

Meanwhile, in the United States, these issues have largely been litigated and resolved.

By the end of 1998, all U.S. states and five tobacco manufacturers had signed out-of-court settlements that will see the industry pay back close to US$250-billion over 25 years for treatment costs under public health-insurance programs such as Medicare and Medicaid.

There have also been countless individual lawsuits from smokers, many of which get settled out of court.

In Canada, there have been a couple of significant legal actions against the tobacco industry.

That was believed to be the largest damage award in Canadian history. Unsurprisingly, it was appealed, and that ruling is expected imminently.

And about a decade ago, three large tobacco companies pleaded guilty to selling contraband products and paid out a total of $1.7-billion in penalties of various sorts.

These dollar figures are staggering, but we should not forget the underlying issues in the lawsuits.

The industry is arguing that tobacco is a legal product, that smokers knew the risks and that it should not be responsible for health costs.

Governments (and individuals in the class actions) have argued that the tobacco manufacturers systematically lied about the risks of tobacco, misled consumers and blocked tobacco-control measures so they should be held responsible for much of the suffering of smokers.

That the industry continues to operate and thrive despite these damning allegations and massive financial settlements that have followed is a testament to its profitability, shamelessness and tenacity.

Provincial governments should be equally tenacious in seeking justice for smokers (and taxpayers).

Every few years, a ruling comes along to remind us about the high-stakes battle being waged between government and Big Tobacco.

But there is really no excuse for these cases to drag on for so long – not in a country where tobacco use still kills 45,000 Canadians a year, and where tobacco-related health costs exceed $6.5-billion annually. 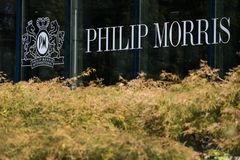 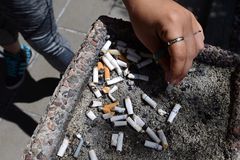 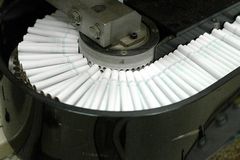