We all know what a landscape is, and “soundscape” is self-explanatory, but what about the complex of smells particular to our environment? We don’t even have a word for it.

Nameless or not, the olfactory profile of Canadian cities is about to change – or rather, is changing now, in anticipation of the end of the prohibition on using cannabis for fun. That became obvious to me earlier this week, as I stepped out of a museum in downtown Montreal and caught a pungent whiff of someone’s weed.

Smelling that aroma at a music festival, or on a warm evening in my residential neighbourhood in Verdun, has been normal for a long time. What’s new is that that scent is creeping into unspoken off-limits areas.

Decades of prohibition have had an effect on how we perceive the smell of weed. For some people, it’s the smell of enjoying yourself among friends, free from the petty, pleasure-hating regulations of the state. For others, it’s the odour of idle youth, disrespect for authority and low-class stupefaction. These competing aroma profiles won’t disappear the day the stuff becomes legal.

Much has been said about how the new law will work; and about the continuing tussles between Ottawa, which would allow home cultivation of four plants, and Quebec City, which wants a complete ban on growing your own. However those matters are settled, we’re on the brink of a significant permanent change in the aromatic character of our communities.

There’s no doubt that the perceived character of a place is intimately linked to the way it smells. Vancouver and Halifax wouldn’t be the same minus the salt air of the sea, just as Paris would be a different place without the acrid bite of diesel fumes.

And yet, long-term shifts in the smell of urban life have much less hold on the imagination than visual changes. Photos of Montreal or Toronto a century ago tell you right away how building technology and increased density have altered the cityscape. You might have to look more closely for clues as to how the cities smelled, when horses were everywhere and some districts still used outhouses.

The arrival of tobacco-smoking in Europe made a big impression on some noses. King James I raged against “this filthy novelty,” calling it “a custom loathsome to the eye, hateful to the nose, harmful to the brain, dangerous to the lungs, and in the black stinking fume thereof, nearest resembling the horrible Stygian smoke of the pit that is bottomless.” The king was clearly suspicious on health grounds, but his real fury seems focused on the stink.

Bear in mind that this was a man who believed that bathing was unhealthy, writing at a time when indoor plumbing and organized waste disposal were unknown. Perhaps the king was inured to those reeks, and objected to tobacco because of its “filthy novelty,” both as a smell and as a social practice. It may have symbolized, for him, some broader liberal tendency.

Something of that reaction seemed to underpin a recent screed against home cannabis cultivation by the head of a Quebec landlords’ organization. Even a few plants, wrote Benoit Ste-Marie in Le Devoir, could cause mold, increased fire hazard and higher insurance rates. Some if not all of these claims have already been debunked by witnesses at Senate hearings, where some Conservative senators unsuccessfully argued the landlords’ case.

Radio-Canada reported last week that some Montreal landlords have started inserting clauses in leases barring all cannabis use, even on balconies, and even for tenants who have been using cannabis legally for pain control. As with King James, these landlords seem motivated in part by an aversion to the idea of cannabis as a social practice, and to the alarming prospect of its legalization.

When the hard edge of law is no longer influencing attitudes, our feelings about cannabis and its more uninhibited use will become more personal. And in the end, there are few things more personal than how we respond to what we smell. 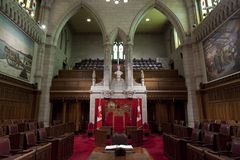 Medicinal cannabis use can help mitigate symptoms of PTSD, study says
May 31, 2018 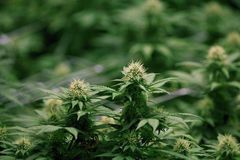 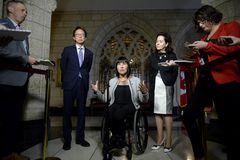