What abomination will Canadians remember most from a press conference concerning a detailed rundown of the most heinous of crimes this country has committed?

The evidence presented to date is startling and unequivocal. Do we start with this: survivors of the Kamloops Indian Residential School remember when they were students at this tortured, so-called school of God, they were forced to dig graves for their classmates, their friends and family?

Or this: Prime Minister Justin Trudeau has not yet bothered to visit Tk’emlúps te Secwépemc First Nation and Kukpi7 (Chief) Rosanne Casimir, offering everything he could to help, or even just to sit, listen and express the condolences of a shamed country?

Why aren’t the findings at the Kamloops school being made an example of by Ottawa, with all the country’s weight thrown behind the community, to act as a template of how to proceed finding the loved ones of all these lost children?

Throw open the doors. Create and unleash the investigative powers of a commissioner who can turn over any stone they damn well please and compel evidence to be disclosed. Do not put a price tag on the truth of this country.

Who should pay when projects fail after Indigenous rights claims?

Will accountability ever come in the Catholic Church and the Canadian government?

On Thursday, residential school survivors wearing orange T-shirts sat physically distanced in a nondescript, brown hotel ballroom. They listened as Dr. Sarah Beaulieu, the University of Fraser Valley archeologist who came forward to present her ground penetrating radar analysis that woke up the world, finally outlined her work for all to see.

This was work she bravely did in ceremony, and methodically, even as she was surrounded by a den of lions – a nation whose systems of government has refused to confront the genocidal evidence contained in the soil and spoken on the lips of those who knew.

This work has been the touchstone of a movement to find children all across Turtle Island.

Dr. Beaulieu noted the graves were 0.7 or 0.8 metres below the surface. This, she added, supports the claims of survivors – the Knowledge Keepers – that the children had to dig the holes, because the remains were small, so they were not deep. And that the bodies were in the apple orchard, exactly where they were expected.

No, it was not 215 remains found as was first erroneously leaked out by a community member. At this point it is 200, but, she cautioned, only three acres of 160 acres of the large school site on the picturesque banks of the South Thompson River have been searched.

It is highly likely more children will be found.

They are just getting started.

Our survivors knew. They remembered the stories, passed them on and once again they are being retold from coast to coast from Cowessess First Nation to Six Nations to Penelakut Island. More than 1,200 children recovered – not discovered, corrected Assembly of First Nations National Chief RoseAnne Archibald, who reminded everyone that Indigenous Peoples knew they were there.

This is a crime scene, and Canada has a conflict of interest in pursuing justice and truth here, considering it was Canada’s policies that caused the deaths in the first place, admonished National Chief Archibald.

And this was history here. The first female national chief standing beside Kukpi7 Casimir, two Indigenous women demanding justice for all of our children. The ancestors were rumbling. The matriarchs, the leaders of our communities before the Indian Act, are back.

The national chief put Canada on warning, saying this country could not rightly investigate itself. Earlier this month, the AFN in an emergency draft resolution, stated there is serious evidence that Canada and the churches have “violated international human rights and humanitarian law through the hiding, damaging, interfering with and destroying of mass graves and the concealment of records and archival material about the schools with an intent to delay or hide identification of the sites.”

How many times must we ask Canada and the Catholic Church to release the records they have?

How many denials must we hear from Catholic Church officials that they already turned everything over?

Why has Canada fought survivors of St. Anne’s Indian Residential School in court for eight years? Let me remind you, St. Anne’s was a vile place, a school that had an electric chair to punish students. After the 2007 Indian Residential School Settlement, it was found that 12,000 pages of a police investigation were left out of documents that should have been part of federal hearings. This is needed information to help pay just compensation to survivors.

Why did Canada, under Justin Trudeau’s leadership, drop an appeal started by the former Conservative government, an act which let the Catholic Church off the hook for the $25-million it owed to help school survivors – this after only $4-million was raised?

Kukpi7 Casimir noted Canada and the Missionary Oblates of Mary Immaculate, who also ran the Marieval Indian Residential School where the finding of 751 remains was announced, are in possession of the residential school attendance records. Those records must be immediately disclosed so communities – and not just Kamloops – can start to dutifully check to see who attended and who is lost.

It has been reported that the Oblates will fully co-operate and release whatever they have. The world is watching and waiting.

Survivor and Elder Evelyn Camille, who I first met at the end of May at a sacred fire in the parking lot at the Kamloops school, told all of those who gathered at the press conference on Thursday that she tried to tell her parents about what was happening to her and the other children.

She wrote letters home about the abuse but they were censored by the Oblates, the truth erased.

She told everyone that there were children lost in the waters, those who disappeared in the river and others who ran away and froze to death in the mountains. She told us of the lies told to the children by those in “black robes.”

Ms. Camille said she understands tests need to be run but she does not think collecting evidence to find out if the children were murdered will help her own healing. She already knew what they suffered.

“Truth and reconciliation,” she said, “I often wonder what the hell does that mean? We have tried to tell the truth.”

She noted the silver coins survivors received as part of the residential school settlement only killed more who used the funds to fuel addictions, trying to forget the pain. 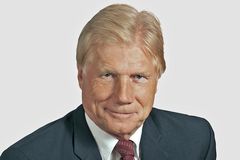 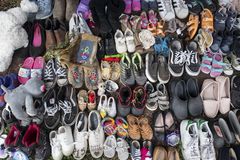 Opinion
What would a criminal-justice response to the grim residential-school discoveries look like?
July 12, 2021 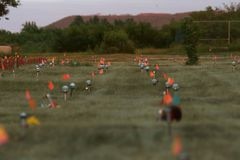 Follow Tanya Talaga on Twitter @TanyaTalaga
Report an error Editorial code of conduct
Due to technical reasons, we have temporarily removed commenting from our articles. We hope to have this fixed soon. Thank you for your patience. If you are looking to give feedback on our new site, please send it along to feedback@globeandmail.com. If you want to write a letter to the editor, please forward to letters@globeandmail.com.
Comments are closed