Every week since last spring, Kelly O’Dwyer-Manuel, a marketer and mother of two in Peterborough, Ont., has received an e-mail from the Public Health Agency of Canada asking if she has experienced a cough or fever in the past seven days. Every week, she clicks “no.”

Ms. O’Dwyer-Manuel is one of more than 12,000 participants in Canada’s FluWatch program, a crowdsourced surveillance effort that helps public-health officials keep an eye on the spread of viral illnesses in the community.

This winter, Canada’s FluWatchers have had next to nothing to watch. Of the 12,207 participants who answered the survey in the most recent week, just 15 reported having a cough and fever, a massive drop from previous seasons. (Two of those went on to test positive for COVID-19.)

“This is the mildest winter we’ve had for illness,” Ms. O’Dwyer-Manuel says of her family, which includes a baby and a five-year-old who, in prepandemic times, picked up the usual array of viruses at daycare every winter.

One of the more dissonant aspects of this pandemic year is just how well people have felt if they’ve been lucky enough to evade SARS-CoV-2, the virus that causes COVID-19. The travel restrictions, masking, physical distancing and obsessive hand-washing undertaken to control the pandemic have all but stamped out other seasonal viruses.

Influenza and respiratory syncytial virus (RSV), which usually send thousands to hospital at this time of year, have barely been detected. Pesky viruses that cause run-of-the mill cold symptoms – adenoviruses, the non-pandemic coronaviruses – are down dramatically. The exception was rhinovirus, another cause of the common cold, which spiked in early autumn and contributed to long lines at COVID-19 testing centres around back-to-school time.

The “almost non-existent” cold and cough season even forced a Prince Edward Island lozenge plant to lay off 30 temporary employees at the end of January.

It was never a given that coronavirus restrictions would suppress other respiratory viruses so thoroughly. Many infectious-disease experts and public-health officials spent the summer bracing for the nightmare scenario of a harsh flu season colliding with a second wave of the pandemic.

“We had this lump-in-the-throat thought of, ‘Okay, what happens if this is actually a twindemic?’” said Jason Kindrachuk, a Canada Research Chair in the molecular pathogenesis of emerging and re-emerging viruses at the University of Manitoba. “And then flu just disappeared.”

Canadian labs have found just 55 influenza cases so far this season, compared to more than 20,000 at the same time last year. The British Columbia Centre for Disease Control reported that at least 12 of this winter’s influenza detections are thought to reflect lab tests picking up traces of the live attenuated vaccine in people who had recently received their shots.

Allison McGeer, an infectious-disease consultant at Toronto’s Mount Sinai Hospital who has spent decades studying the flu, is perplexed by its absence across the Northern Hemisphere this year. “If the measures we’re using are insufficient to control COVID,” she said, “then why would they be sufficient to control flu? That’s the relevant question.”

One possible answer, Dr. McGeer said, is that the world was simply due for a quiet flu season. Another is the higher-than-usual uptake of the shot. Still another is that SARS-CoV-2 has crowded out other viruses, the way a pandemic strain of influenza replaces seasonal strains.

No matter the precise mechanism, it’s clear the coronavirus – and the measures enacted to curb it – have had a profound effect on other respiratory viruses as well.

Jesse Papenburg, a pediatric infectious-disease physician at Montreal Children’s Hospital, said he never could have imagined a season like this.

Over the past four years, his hospital has admitted an average of 234 children every winter for bronchiolitis and pneumonia, lower respiratory tract infections frequently touched off by viruses.

So far in 2020-21, Montreal Children’s Hospital has logged just 15 such admissions, Dr. Papenburg said. Not a single case of RSV, normally the leading cause of hospital admissions for children under the age of 1, has been detected in Quebec this season.

“That is absolutely unheard of,” Dr. Papenburg said. He had funding lined up for a pilot study in childhood pneumonia, but was forced to postpone recruitment until next season. “It would have been shooting ourselves in the foot to try and do that now.”

Now that Canadians without COVID-19 have experienced a winter free of stuffy noses, nagging coughs, fevers, exhaustion and other rotten symptoms, it’s an open question as to how many will stick with practices such as masking in crowded places when the pandemic subsides.

“I do think that, moving forward, we will be different as a community around how much we return to the old ways, and that’ll be very helpful,” said Lindy Samson, chief of staff at CHEO (formerly the Children’s Hospital of Eastern Ontario), where not a single child has been admitted for influenza this season. Only one has been admitted for RSV, compared to more than 300 last year.

But extra precautions might not be enough to forestall a rebound of the flu and other viruses next season, said Rachel Baker, an epidemiologist and disease modeller at Princeton University.

She and her fellow researchers modelled what is likely to happen to influenza and RSV once COVID-19 precautions are lifted.

“You get this big buildup of population susceptibility” while the viruses are suppressed, she said, “which can mean that when you step back from those control measures, you see a large outbreak.” 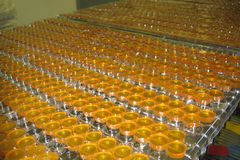 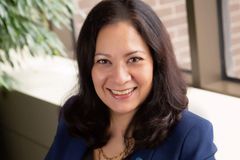 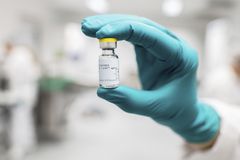