The pictures don’t do it justice. Its breadth defies two-dimensionality. What seems like another big oak in photos is, in person, so lavish in proportion that it has been known to elicit uncontrollable laughs, buckling knees and incredulity among first-time visitors.

“It’s real – isn’t it?” said one city councillor’s assistant upon seeing the tree up close a few years back. “This is not a fake?”

One veteran arborist named Stephen Smith was moved to proclaim, “I would chain myself to this tree … . This is the perfect tree.”

But the reaction that mattered most came 15 years ago when Edith George, a long-time resident in the northwest Toronto neighbourhood of Humbermede, was cycling past the bungalow situated beneath the massive oak at 76 Coral Gable Dr. and said she saw a woman crying in the driveway.

When Ms. George stopped to see what was wrong, the woman told her she needed help saving a beloved a tree in her backyard from some cruel neighbours. Local kids had been attacking it with rocks and older neighbours saw the 24-metre oak as a threat that needed to be trimmed or felled to prevent property damage or injury.

“Now, I always knew there was a big honkin’ tree back there, but I had no idea,” recalls Ms. George. “She took me to the backyard and I’m telling you, my legs nearly buckled. I told her right then, ‘I will help you.’ ”

For the next decade and a half, Ms. George would fight to preserve one of the city’s oldest and biggest trees – a quixotic-seeming quest that concluded successfully in recent weeks when the city made good on commitment to buy the $860,000 property after the community managed to raise half the cost. While previous homeowners who have lived under the tree have cherished it, this will ensure its protection for generations to come.

“If the city didn’t go through with the purchase, I was going to mortgage my house,” said Ms. George, who is on a first-name basis with the tree, having named it Zhelevo after her ancestral village in Macedonia. “I was not going to lose Zhelevo.”

In this year of loss, the big tree on Coral Gable Drive is testament to survival. Pestilence and droughts, hand-saws and bulldozers – she has endured it all to become one of the city’s oldest trees, somewhere between 250 and 300 years old and still thriving.

That would make her a mere sprout during the heyday of the nearby Carrying Place Trail, the Indigenous route branching north from Lake Ontario that made the future site of Toronto into a strategic gateway to valuable trade networks.

The trail ran along the eastern bank of the Cobechenonk, known today as the Humber River, right past Zhelevo’s outstretched limbs.

“The tree’s story can help tell our story,” said Carolyn King, former chief of the Mississaugas of the New Credit First Nation, which called the area home for thousands of years before settler encroachment and dubious treaties forced them to move 90 kilometres southwest. “It’s the story of how the tree stayed and our people left.”

Ms. King is also the founder of The Moccasin Identifier project that identifies and marks significant Indigenous cultural sites. She’s visited the tree on a few occasions and intends to add it to that list as soon as it officially lands in public hands. “Our people hunted and fished in the area regularly and travelled in the area,” she said. “A tree like that would have been a marker to show the way.”

As Zhelevo reached maturity, the route’s primary users would change from Mississaugas, Wendat and Onondaga travellers to European traders and settlers.

In 1961, Michael and Anne Nicholas purchased the property for $14,400 and fell in love with the backyard tree even though the roots were growing perilously close to the bungalow’s foundation. Mr. Nicholas built trenches and catch basins to convey water to the tree.

“He did everything possible to save this tree,” said Ms. George. “When he was lying in bed dying of throat cancer and visitors came, he would point out the window and say, ‘look what I saved.’ ”

A daughter, Arlene Anne Doane, took over the house and, with it, responsibility for the tree. She was the one in the driveway that day Ms. George rolled by.

Over the years, Ms. George had a parade of well-known arborists come and assess Zhelevo. All have been blown away.

By 2018, that scaffold started to envelop the bungalow. The trunk had grown to a circumference of 16 feet, four inches. The canopy stretched wider than the home. Limbs scraped within inches of the roofline, persuading a subsequent owner to put the place up for sale. Ms. George’s efforts took on a new urgency.

“She contacted me and said the real estate is for sale, we need to buy it,” said gardening author and broadcaster Mark Cullen. “I became quite enthused.”

Mr. Cullen and his wife Mary decided to help launch a fundraising campaign with a $100,000 donation.

The money was based on the condition that the public raise the first $430,000 with the city matching. With around 1,300 individual donors contributing to the cause, the city voted to buy the property on Nov. 26. It will take on responsibility for demolishing the house and developing a park around the tree.

“I really hope they dedicate the park to our Indigenous brethren,” said Mr. Cullen, “the people who settled and made this area their home long before Europeans arrived. We have an opportunity to say something positive to the Indigenous community.”

Ms. King, the former chief, would welcome the gesture. “It can tell the stories of our people rather than those who came after,” she said. “It’s an amazing feeling being there and thinking it was there when our people were there. It’s an important tree. It survived.”

Opinion
A dignified death? Not in their backyard
June 23, 2020 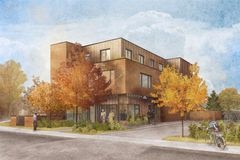 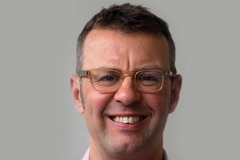 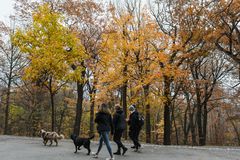