Alyssa Isford’s darkest moment came in a hospital parking lot – a doctor was assessing her wheezing toddler while her husband, Kris Isford, lay in an intensive-care bed.

“I just remember scream-sobbing at this doctor, ‘I cannot lose them both,’ ” she said. “I know how serious of a disease this is, but I did not ever think he would end up being intubated. He’s young; he’s healthy.”

Mr. Isford, 35, spent 12 days on a ventilator inside Brandon Regional Health Centre, while his wife monitored her own symptoms and cared for their 15-month-old son. Ms. Isford said her partner, an essential worker, was exposed to the COVID-19 virus at his job and that she and their toddler tested positive a short time later.

“We’ve been so careful this whole time,” she said. “But if somebody gets it in your family and you live in the same house, the rest of the family is going to get it.”

“Citywide, we’re seeing a lot of family clusters and not infrequently it’s in the ICU,” Dr. Kumar said, adding families of essential workers have been particularly affected, many of whom are from racialized communities. Data released by the province this week indicate BIPOC Manitobans are overrepresented in COVID-19 case numbers on a per-capita basis, with people of Southeast Asian descent affected most disproportionately, followed by Manitobans of African, South Asian and Filipino heritage.

Indigenous people, who make up 10 per cent of the province’s population, are also statistically overrepresented, accounting for 30 per cent of current hospitalizations and 19 per cent of deaths, according to the Manitoba First Nations COVID-19 Pandemic Response Co-ordination Team.

Across the board, younger people are increasingly bearing the brunt of the third wave. Data provided by Shared Health Manitoba indicate 73 of the province’s 318 COVID-19 hospitalizations are people younger than 40, and 11 of those are younger than 20. Thirty-eight of the patients are in their 30s. Of the 23 critically ill patients who have been transferred to facilities in Ontario, seven are younger than 50.

“It’s been thought that young people were relatively resistant to severe disease – and that’s probably the case for the original strains of virus that we were dealing with – but B.1.1.7 is substantially more infectious, and for that reason, kids and young people are getting sicker,” Dr. Kumar said.

Little hard data on where transmission is occurring have been provided, although public-health officials have repeatedly pointed the finger at Manitobans themselves, citing a lack of adherence to public-health orders.

But when pressed Tuesday, Chief Public Health Officer Brent Roussin said only about 15 per cent of cases could be linked to social gatherings and “of course, we have had workplace clusters and transmission.”

Many Manitoba physicians, including infectious-diseases specialist Pamela Orr, have called on the province to provide additional paid sick time, impose a stay-at-home order and close non-essential businesses such as malls, which currently remain open at 10-per-cent capacity.

“Patients are telling us that they are getting sick at their work site, and that this is despite following all the protocols that public health has asked them to,” Dr. Orr said. “And their conclusion seems reasonable.”

Public-health officials and politicians have frequently noted most patients currently requiring intensive care have not been vaccinated, though essential workers weren’t broadly prioritized during the province’s largely age-based vaccine rollout.

Souradet Shaw, a social epidemiologist and Canada Research Chair in global public health at the University of Manitoba, said he’s concerned about the vaccine narrative currently being presented by the government.

“I think there’s lots of reasons why folks haven’t gotten vaccinated: Were they even eligible? Were they on a waiting list?” Dr. Shaw said. “I think this potentially leads us down this slippery slope of victim-blaming and questions about who deserves care at a time when we should be expecting more from government.”

Ms. Isford said her husband wanted to get the vaccine as soon as he could, but didn’t qualify at the time he was exposed to the virus at his workplace. “He’d already been intubated for four or five days when they dropped the eligibility down to 35,” she said. “He never got the opportunity.”

Mr. Isford is now in recovery and hopes to come home soon, but his wife recognizes he has a long and difficult road ahead. Three months ago, he was tearing down walls with his bare hands as they renovated their home in rural Manitoba – now he can’t shift from a bed to a chair without becoming winded.

“He’s our gentle giant – and if you can bring a man like that down, you know COVID can bring anyone down,” she said. “I think if you’re not taking this seriously, it’s likely just because it just hasn’t hit close enough to home.” 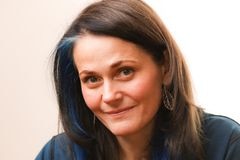 Overwhelmed Manitoba calls for help amid third wave of COVID-19
May 24, 2021 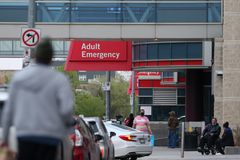 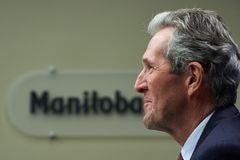