Thousands of girls in Canada have been married before turning 18, researchers said on Monday, warning that a rise in unofficial child marriages could make the practice harder to prevent and call into question the country’s global leadership.

More than 3,600 marriage certificates were issued to under-18s – mainly girls married to men – in Canada between 2000 and 2018, found a study from McGill University in Montreal.

Yet that number is just the tip of the iceberg as more and more child marriages in recent years have been common-law unions – informal arrangements that provide fewer rights – it found.

At least 2,300 common-law partnerships – defined legally as relationships where a couple has lived together for at least a year – involved children under 18 as of 2016, the study showed.

The findings contrast with Canada’s positioning as a global leader in the United Nations-backed drive to end child marriage worldwide by 2030, said Alissa Koski, co-author of the study.

“Our results show that Canada has its own work to do to achieve its commitment to the U.N. Sustainable Development Goals (on ending child marriage),” the university professor said.

“All the while it is advocating for an end to child marriage elsewhere, the practice remains legal and ongoing across Canada,” Koski told the Thomson Reuters Foundation.

Canada’s Office of the Minister for Women, Gender Equality and Rural Economic Development said it was working with partners to end early and forced marriage by addressing a lack of resources and information.

“We know that there is more to be done and continue to work with colleagues across government in looking at all options to ensure that we end gender-based violence in all of its forms,” said Marie-Pier Baril, a press secretary for the office.

Canada committed at least $80 million to tackle child marriage worldwide from 2011 to 2016 and has led or supported several U.N. resolutions on the issue in recent years, according to Girls Not Brides, a global campaign group.

Girls who marry young are often pulled out of school and are at higher risk of marital rape, domestic abuse and pregnancy complications, activists have said.

Canadian law permits children to marry from the age of 16 with parental consent or a court order.

About 95 per cent of child marriages in Canada were informal as of 2016, compared with less than half in 2006, the study found.

The shift could be in response to growing public disapproval of children entering wedlock, according to the authors, who said informal unions could be more harmful than formal marriage as they offered less social, legal and economic protection.

In Quebec, individuals in common-law unions are not entitled to alimony or property if the union ends, the authors said.

“This raises questions about how best to address the issue,” the authors said in a statement. “Preventing common-law unions among children will require different and innovative approaches that address the deeper motivations for this practice.”

Worldwide, an estimated 12 million girls are married every year before the age of 18 – nearly one girl every three seconds.

U.N. experts have predicted the COVID-19 pandemic could lead to an extra 13 million child marriages over the next decade. 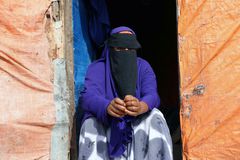 Outcry in Somalia as parliament considers bill that would allow child marriage
August 12, 2020
Report an error
Due to technical reasons, we have temporarily removed commenting from our articles. We hope to have this fixed soon. Thank you for your patience. If you are looking to give feedback on our new site, please send it along to feedback@globeandmail.com. If you want to write a letter to the editor, please forward to letters@globeandmail.com.
Comments