For more than half a century, black holes have been an inescapable fixture of both science and science fiction. During that time, physicists have tried to understand them, astronomers have tried to spy on them, and Hollywood special-effects artists have tried to depict them – no small feat for objects whose gravitational pull is so strong that not even light can escape them.

But on Tuesday, when three researchers whose careers have spiralled around black holes were named co-winners of this year’s Nobel Prize in physics, it was a sign that the mind-bending (as well as space- and time-bending) science of extreme gravity has entered a new era.

“It’s a demonstration that we’re in the golden age of empirical black-hole research,” said Avery Broderick, a theoretical astrophysicist at the University of Waterloo.

“Empirical” is the preferred adjective among physicists for research that is directly tied to observation – a desirable status. How black holes got there is illustrated by the timelines of this year’s Nobel laureates.

Roger Penrose, 89, a mathematical physicist at Oxford University and an author of bestselling and challenging popular science books, was awarded a one-half share of the $1.2-million prize for theoretical work he did in 1965 that showed black holes are an inevitable byproduct of Einstein’s general theory of relativity. Back then, the Beatles were still touring and black holes were such a far-out idea that the phenomenon didn’t have a name yet.

William Unruh, a University of British Columbia physicist known for his own contributions to the understanding of black holes, said that Dr. Penrose “introduced many ways of looking at the field which had simply not been there for the previous years.”

Fast-forward to the 1990s, when there was evidence that single stars could collapse to form black holes. (The most famous example, dubbed Cygnus X-1, was first measured by astronomers working at the University of Toronto’s David Dunlap Observatory.)

The new question then was whether an even larger black hole, with a mass equal to millions of suns, might be lurking at the centre of our Milky Way galaxy.

Two separate teams, one led by Andrea Ghez, now 55, at University of California, Los Angeles, and another by Reinhard Genzel, now 68, at the Max Planck Institute for Extraterrestrial Physics in Garching, Germany, set to work finding out. They share the other half of this year’s Nobel.

The effort involved peering through veils of interstellar dust and carefully tracking the motions of stars that orbit the galactic centre like distant moths circling an invisible flame. For both teams, the result of more than 20 years of observation has been to demonstrate that the Milky Way indeed harbours a supermassive black hole, the nearest example of an entire class of gravitational behemoths that populate the universe and that may help explain how matter is arranged.

Vicky Kalogera, an astrophysicist at Northwestern University whose work is partly supported by the Canadian Institute for Advanced Research, said this year’s Nobel neatly ties together Dr. Penrose’s theoretical discoveries, which showed black holes can exist, with the observations of Dr. Ghez and Dr. Genzel, which provided the strongest experimental evidence at that time that black holes do exist.

She added that Dr. Ghez, who is only the fourth woman in history to win the physics Nobel, and the first for astronomical research, has also demonstrated something else that has a history of being unseen.

“Andrea has already inspired generations of students and young researchers,” Dr. Kalogera said. “But to see her honoured in this major way while she is still a dynamic, active researcher... is priceless.” 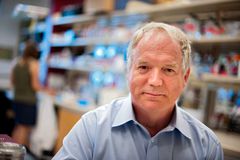