On April 29, in her 2018 action report to city council, the co-ordinator of the city’s Crime Prevention Council said that, through “evidence-based” and “collaborative” strategies such as lighting enhancement, a laneway revitalization project and postcards about missing-persons cases, the city was increasingly seen “as a model for work around community safety and well-being.”

Such optimism was hard to reconcile, however, with events outside the council chambers.

Only hours earlier, Thunder Bay had notched its sixth homicide of the year when 52-year-old Andrew Ayre succumbed to injuries he received in a beating in broad daylight the week before, just around the corner from City Hall. An online death notice described Mr. Ayre as a loving father of three and stepfather of two who had “Travolta-worthy dance moves, and a singing voice that could rival John Fogerty.”

“Andy will not be forgotten,” it read.

His brazen killing is yet another in a disturbing trend: In 2016 and 2017, Thunder Bay had more murders per capita than any other metro area in Canada. The city of about 110,000 saw eight and seven killings those years; this year, it is on track for more than a dozen.

A violent crime wave has hit this Northwestern Ontario city. A tide of assaults, holdups and murders, often reported luridly on social media, has left many residents feeling frustrated and afraid.

That fear has in some cases stoked racial animus. In 2017, Thunder Bay had more hate crimes per capita than any other Canadian city. Meanwhile, the Thunder Bay Police Service is confronting accusations of systemic racism on the force, detailed in a report from Ontario’s Office of the Independent Police Review Director last December.

Thunder Bay Mayor Bill Mauro has bristled at the national attention his city’s struggles with crime and racism have drawn. At a town-hall-style event Tuesday, he lashed out at the media and two provincial police review bodies for hurting the city’s reputation.

“We all have the same problems, pretty much, and this idea that, somehow, Thunder Bay is worse than everybody else and that we’re the hate-crime capital of Canada or the murder [capital], you know, it’s just taking these stats and using them to sell newspapers and it drives me insane,” he said.

For now, neither old-school police tactics nor high-minded social policy seem to offer an immediate solution, leading some to suggest crude fixes. In the wake of Mr. Ayre’s murder, someone on Facebook echoed a dark running joke in Thunder Bay: “Maybe it’s time to get Hell’s Angels back on our streets.”

Anxiety about the crime surge has centred on the arrival of gangs from Toronto and Ottawa, which are seen to represent a break with the relatively well-mannered organized criminals of the past.

The broad strokes of the problem are readily described by college students, seniors and police officers alike: Southern Ontario gangs have discovered that the isolation and endemic substance abuse of Northwestern Ontario make it a lucrative drug market and have come here bearing guns and opioids. Their clients are often poor and Indigenous.

Even Police Chief Sylvie Hauth sounds daunted by the situation. A day before holding a triumphant news conference that revealed the fruits of a joint task force to fight gangs in the city – including 13 seized firearms, more than a kilogram of fentanyl and about $750,000 in cash – she admitted feeling overmatched by the level of violence.

“This is new to Thunder Bay,” she said. “Just in terms of the influx we’ve seen of outside gang members. … They adapt, they’re creative and they evolve. And they kind of use what they can to circumvent us.”

Some blend in by wearing Lakehead University hoodies, she said, and offer residents gifts such as TVs and baby formula in exchange for permission to sell drugs out of their homes.

The perception that dangerous outsiders have overrun the city has only stoked fear in a place that has come under scrutiny for its racial divides. Ms. Hauth referenced race when she described the criminals as a “different type” of gang member. “A lot of the folks that we’re seeing are black,” she claimed, espousing a theory about the new criminal population that is widely held in Thunder Bay. “They do often carry weapons with them, often loaded firearms, which is something new within the culture in Thunder Bay.”

Online forums such as The REAL Concerned Citizens of Thunder Bay Facebook group are rife with racially charged commentary about crime: After Mr. Ayre’s murder, one user complained about the Gladue sentencing principles for Aboriginal offenders – meant to address their overrepresentation in prisons – that he expected the killers to invoke. “Get with reality folks,” he wrote. “If they are caught and convicted you know they will cry out ‘Gladue,’ and they will be out after a slap on the wrist.”

Still, if race has compounded anxiety about crime, the reality is that Thunder Bay has simply become a more dangerous place to live. It ranked second in Statistics Canada’s violent crime severity index in 2017 – the last year for which data are available – after seeing its score rise sharply since 2013.

Pockets of the troubled south side are seen as virtual no-go zones, especially the streets surrounding the Victoriaville Mall, which has become a kind of open-air drug market.

In a poll commissioned by the city this year, residents said crime was the most important issue facing Thunder Bay. Fewer people said it’s safe for children to play outside than in 2017 and fewer feel safe walking alone in their neighbourhoods after dark.

Not surprisingly, Ms. Chevrette admits to feeling “discouraged” some days. The problems she is trying to address range widely and run deep, from a national opioid epidemic to generations of trauma that continue to reverberate through local Indigenous communities.

For example, 18th-century fur traders in the region surrounding what is now Thunder Bay commonly sold large quantities of alcohol to First Nations trappers with the goal of making them dependent on such exchanges – a tactic that today’s Toronto gangs might find familiar. (Duncan McGillivray, a North West Company clerk, explained the use of liquor in the fur trade: “When a nation becomes addicted to drinking, it affords a strong presumption that they will soon become excellent hunters.”)

Meanwhile, Ms. Chevrette is forced to work on a shoestring: The budget of the Crime Prevention Council is roughly $150,000 a year, including her salary.

“I often feel like I’m banging my head against the wall,” she said in a recent interview. “These issues are super complex.”

Despite believing in the long-term payoff of her work – which includes a dizzying array of small initiatives, such as community cleanups and “Jane’s Walks,” community appreciation events inspired by urbanist Jane Jacobs – she realizes that crime and the racial tension it stokes are not going anywhere soon.

But she is trying to foster a deeper understanding of the roots of crime in a city where fear and contempt are common responses. 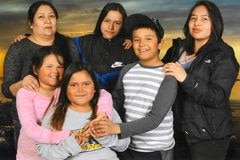 Ontario First Nation house fire kills mother and four children
Subscriber content
May 2, 2019
Follow Eric Andrew-Gee on Twitter @ericandrewgee
Report an error Editorial code of conduct
Due to technical reasons, we have temporarily removed commenting from our articles. We hope to have this fixed soon. Thank you for your patience. If you are looking to give feedback on our new site, please send it along to feedback@globeandmail.com. If you want to write a letter to the editor, please forward to letters@globeandmail.com.
Comments