The Thunder Bay Police Service has redesigned its officer recruitment process and is stepping up its outreach efforts, especially to Indigenous peoples, whose representation is lagging in a force that was singled out for racist attitudes by the province’s policing watchdog in 2018.

Under the new recruitment strategy, Staff-Sergeant Gordon Snyder and Amanda Wilson, the service’s human resources specialist, have travelled more than 3,600 kilometres to speak at high schools, postsecondary institutions and in First Nations communities across Northwestern Ontario and Manitoba. It is the first time the Thunder Bay police agency has attempted to solicit First Nations applicants specifically, Ms. Wilson said. This spring, the service plans to expand its recruiting drive with a trip to Saskatchewan. It had previously focused its outreach mostly on residents of Thunder Bay.

What prompted the changes was twofold: Last fall, the service realized it was seeing a declining number – and quality – of applicants, Staff-Sgt. Snyder said.

And in December, 2018, a report from the province’s policing watchdog, the Office of the Independent Police Review Director (OIPRD), outlined a pattern of inadequate investigations by the Thunder Bay police into the sudden deaths of Indigenous people. In its 44 recommendations to remedy issues of “systemic racism” within the force, the OIPRD directed the service to adopt a strategy to increase diversity, especially with respect to Indigenous officers.

The recruitment effort has brought to light barriers to joining the police service. For example, at a session in Kiashke Zaaging Anishinaabek (Gull Bay First Nation), about 200 kilometres north of Thunder Bay, Staff-Sgt. Snyder and Ms. Wilson said they discovered that the service’s online application process was a problem because of limited internet access in the community. A Kiashke Zaaging Anishinaabek staff member offered to act as a liaison for anyone who wished to apply.

In another instance, creating an online process removed a barrier. Until recently, the service’s preapplication testing had to be done in person, but was offered only in Thunder Bay once or twice a year, which often presented logistical and financial issues for out of town applicants. That testing was moved online in January.

“As soon as you get outside of the general vicinity of Thunder Bay, the Thunder Bay Police Service is widely unknown, especially by high-school students," Staff-Sgt. Snyder said at a police services board meeting in December.

When Staff-Sgt. Snyder and Ms. Wilson visited students in a 10-month law enforcement program at the University College of the North (UCN) in The Pas, Man., few were familiar with the municipal force.

“When I joined [the program], all I knew was RCMP," said Reed Langlois, a 19-year-old Métis student at UCN who grew up in The Pas. “I really didn’t know of Thunder Bay, like where it was, or what they did, so it was really an eye-opener for me.”

Mr. Langlois, who said he was drawn to policing out of an interest in helping people, expects to apply to the RCMP, the OPP and police services in Calgary and Thunder Bay in the coming months.

When he joined UCN’s program, Brayden Gallaugher, 19, also had his sights set on the RCMP, but said he is now leaning toward a municipal police service, with Thunder Bay as a top contender.

“I hate to say it, but money is one factor, [municipal police] do get paid a lot better, but then also the relocation factor of it. I don’t really want to be moving around much,” said Mr. Gallaugher, who is from The Pas, referring to the relocating that RCMP officers may be required to do.

About 75 per cent of UCN’s law enforcement students are Indigenous, said Chris Pallan, the program co-ordinator and one of its instructors. Most of the students are from northern Manitoba. (The Pas is more than 600 kilometres northwest of Winnipeg.)

“There is a demand, there is a need for more First Nations people within policing,” said Mr. Pallan, who retired from the RCMP after 23 years of policing. “Recruiting and trying to get people in is a challenge, based on the colonization and residential schools and all of that,” he said, but added that change is starting to happen.

Mr. Pallan said his students have been put off from applying to police services in Ontario in the past because of the in-person preapplication testing process.

In January, the Ontario Association of Chiefs of Police unveiled changes that allow online testing, from mental assessments to tracking fitness. Like Thunder Bay, police services in Toronto and Hamilton are adopting online testing.

“[The system] is designed to address barriers to potential recruits and be more accessible and affordable than the previous selection system,” the police association said.

As for the application process itself, Thunder Bay redeveloped its essential competency interview, which many applicants were failing, moving away from a strict pass-fail model and recognizing cultural communication differences. They also adapted some physical tests that had not been designed to evaluate women.

“What we are looking for in a nutshell is life experience, in various different ways, to show to us that as a candidate you’re capable of working through difficult situations,” Staff-Sgt. Snyder said.

He declined to cite a specific hiring target for Indigenous officers, although the service’s written recruitment strategy specifies a goal of becoming representative of the demographics of Thunder Bay.

The Thunder Bay service had 219 sworn officers and 102 civilian staff as of 2018. About 8 per cent of those are Indigenous, according to a 2018 workplace survey, compared with around 13 per cent of Thunder Bay’s residents, as of the 2016 census. The service’s representation of visible minorities in civilian roles is slightly lower than in the census, with numbers of women also lagging. 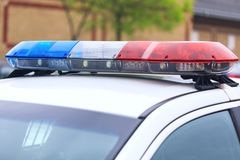 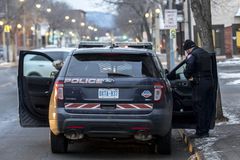