Thunder Bay police will review investigations into the deaths of nine Indigenous people in the city going back more than a decade, responding to an independent report that found racist attitudes on the force contributed to the mishandling of such probes in the past.

Police chief Sylvie Hauth said Tuesday that the cases would be reviewed by outside experts as well as members of the police force and could eventually be reopened. She made the announcement at a meeting of the Thunder Bay Police Services Board, a civilian body overseeing the force that was itself disbanded and reformed since December over similar charges of systemic racism.

In a December, 2018, report on relations between the Thunder Bay police and Indigenous people, the Office of the Independent Police Review Director (OIPRD), a civilian oversight agency, found that nine death investigations conducted by the force were so “problematic” they should be reinvestigated.

In responding to that call Tuesday, Chief Hauth said the nine cases will be handed over to a three-tiered oversight body that will be comprised of local First Nations leaders and outside investigators, as well as members of the Thunder Bay Police Service. (Officers involved in the original probes will be barred from participating.) The oversight body will determine whether to reinvestigate certain cases, police spokesman Scott Paradis said.

Thunder Bay police board in turmoil following removal of lawyer, calls for mayor’s resignation from body

The nine deaths to be reviewed are those of Christine Gliddy, Shania Bob, Marie Spence, Aaron Loon, Sara Moonias, Jethro Anderson, Curran Strang, Kyle Morrisseau and Jordan Wabasse. The OIPRD did not name the people whose deaths it believed should be reinvestigated, but Thunder Bay police confirmed that the nine cases being reviewed are those identified by the provincial watchdog.

Jonathan Kakegamic, the former principal of Dennis Franklin Cromarty School, the First Nations high school in Thunder Bay that some of the deceased attended, said he learned that the students’ deaths would be reviewed when he received a news release Tuesday morning.

“At least it will head toward closure for the families,” said Mr. Kakegamic, who is also a second-cousin of Mr. Morrisseau, 17, whose body was found in the McIntyre River on Nov. 10, 2009, after he had been missing for two weeks. “When the inquest came out and we found out there hadn’t been a proper investigation, the wounds became more raw. … So I hope through this process, the Thunder Bay police gets it right this time.”

The city’s leadership has at times been reluctant to heed the OIPRD’s recommendations. Earlier this year, Chief Hauth said it would cost $1.1-million, over and above the police budget that had already been approved, to put them into effect. Mayor Bill Mauro was not pleased with the additional expense and left the room when Thunder Bay’s city council voted to give her the money she said she needed.

In May, Mr. Mauro lashed out at the Independent Police Review Director Gerry McNeilly, as well as Senator Murray Sinclair, author of a critical report about the police services board – released around the same time as the OIPRD’s – for drawing negative attention to the city.

At a town-hall-style event, the mayor said, "It drives me crazy having to listen to and fight back against the perception of our community that is being created on the national stage, not only because of, but largely because of, those two reports.”

National attention to the dangers faced by Indigenous youth in Thunder Bay, and their fraught interactions with police, predates the McNeilly and Sinclair reports, however. In 2015, David Eden, a regional supervising coroner, began an inquest into the deaths of seven young people who had left their homes on First Nation reserves. Five of the seven, who ranged in age from 15 to 18, were found in the McIntyre or Kaministiquia waterways. Most of them had been living with host families far from their own communities, which had no high schools of their own.

The inquest’s jurors heard about the isolation the students felt. They heard tales of the drug and alcohol abuse that dogged some of them as they sought to cope with loneliness and dislocation.

After eight months and 146 witnesses, the inquest deemed four of the deaths accidental; the cause of the remaining three were ruled “undetermined.” Parents whose teens fell into the second category were left with little more understanding than they had had before the inquiry began.

Four of the nine death investigations now being reviewed by the Thunder Bay police pertain to youth whose deaths were investigated by the coroner’s inquest: those of Mr. Morrisseau, Mr. Strang, Mr. Wabasse and Mr. Anderson.

Celina Reitberger, chair of the Thunder Bay Police Services Board and the first Indigenous person to hold the position, said Tuesday that she was “hopeful” the reviews will help provide some closure for the families of the deceased.

“I don’t have a crystal ball and I don’t know that there are going to be any different answers, but I just think it’ll be a comfort to know that the very best people have done the reinvestigation and so we will have to be content with that,” she said. “It looks good on paper. Hopefully it’ll work.” 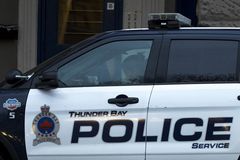 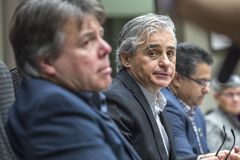 Follow Eric Andrew-Gee and Gloria Galloway on Twitter @ericandrewgee @glorgal
Report an error Editorial code of conduct
Due to technical reasons, we have temporarily removed commenting from our articles. We hope to have this fixed soon. Thank you for your patience. If you are looking to give feedback on our new site, please send it along to feedback@globeandmail.com. If you want to write a letter to the editor, please forward to letters@globeandmail.com.
Comments