Every weekday morning, in a scene that might play out in classrooms across the country, Kimberly John leads her four- and five-year-olds in a song about the weather and helps them count out loud and answer questions about how they are feeling that day.

What makes their mornings different: They unfold in Ojibway, as well as English.

“Aaniin ezhiwebak agwajing?" Ms. John asks – “How is the weather outside?” The children look to the pictures of clouds, raindrops and sunshine on the wall for cues and, with her help, sound out the Ojibway words below them.

The vibrant kindergarten class is tucked into a corner of the community centre at Fort William First Nation, operating as a satellite location of St. Ann School across the bridge in Thunder Bay. The pilot project, now in its second year, is a partnership of the local Catholic school board and the First Nation community to improve outcomes for Indigenous students.

School officials in Thunder Bay hope that weaving a strong foundation of culture and history into the provincial curriculum for its youngest pupils – and doing so in their community – will make them more engaged in school and perhaps one day change the direction of graduation rates among Indigenous students, which remain stubbornly low. Fewer than half of First Nation students in Ontario graduate high school in four years, far below the provincial average of about 80 per cent.

“I think this school helps them [the children] in just having a sense of pride in themselves. It’s part of their identity, and our culture is part of the program,” says Ms. John, who is a member of the Red Rock Indian Band in Northwestern Ontario.

Ms. John is a firm but kind presence in this chatter-filled classroom. The letters of the English alphabet and short words line the walls. There are also dreamcatchers and feathers hanging on the windows along with Ojibway words for the children to absorb. In a small tepee, usually a quiet space for the children, boys play with robots, while others build racetracks on the classroom carpet.

Five-year-old Leena, in pigtails, smiles proudly after counting to five in Ojibway. She says her grandmother taught her, but she also learned it from listening to Ms. John in the classroom.

When asked about her favourite parts of school, Leena lists what she likes, including group play and being the special helper. She looks around the room, pointing to and naming the children she enjoys playing with, “because they’re all my best friends.”

The classroom, she says, is not far from her home, so she and her classmates do not have to take the bus into Thunder Bay to attend school. “I kind of like it here, because all my friends are here. And I might be the special helper and help Ms. John with the drum and the O Canada flag.”

The idea for a classroom in the community was first raised by Phillip Pelletier, an Indigenous school trustee for the Thunder Bay Catholic District School Board. Mr. Pelletier said it is not about separating children from their peers in the city; rather, it is about giving young students in his community a chance to take pride and have confidence in their culture before moving to St. Ann for Grade 1 and the remainder of their elementary-level schooling.

“When they move into the full system, at least they have the background and a little bit of perspective about native culture,” he said.

He said a community school was shuttered in the 1960s, and when he was a student, he and his peers had no choice but to commute into the city. He said he believes the school closed because it had a hard time attracting teachers – and because parents chose to educate their children in the city.

Fort William First Nation, with about 980 residents, sits across the Kaministiquia River from Thunder Bay. Next door to the kindergarten classroom is a community hall, an Internet high school and an employment and training centre. The children walk over to the arena just behind the community centre three times a week for physical education lessons.

Until the satellite classroom was built, they would have attended school at St. Ann, travelling along a stretch of highway.

The James Street bridge, which connects Fort William First Nation with the city on the south side of the river, was recently reopened after a fire in 2013. It would have meant a shorter commute along the bridge, but there’s a wrinkle: The bridge is narrower because of guard rails installed to protect pedestrians and, as a result, school buses cannot navigate the it safely and will continue using the highway to get in and out of Thunder Bay.

Omer Belisle, a superintendent of education at the school board, said his board started speaking to the band council to carve out a space for a classroom more than two years ago. The council granted the space; the school board furnished the room and provided the staff.

It’s early days still, but Mr. Belisle said the project is off to a promising start.

He said attendance has improved because students live so close to the satellite classroom, and a speech language pathologist visits regularly to help several children who require assistance (treating language difficulties early can prevent potential problems with learning and behaviour later on).

Indigenous educators designed a curriculum that includes language and culture, and the small class size – just 12 kids – allows children to get more one-on-one support. Last year, the students visited the elder in the community centre, who talked to them about traditional foods and showed them a rabbit and beaver that had been snared.

The hope, Mr. Belisle said, is to expand the program into the primary grades. “This is one of our goals, to get them off to a good start,” he said. “It’s a strong start to their school, whether it’s interventions with speech, whether it’s a small class size or just getting used to the routines, which makes their transition to Grade 1 a lot easier.”

Adds Ms. John: “When culture is included it brings home into the classroom. The students identity with it [and] it makes their time in the classroom more enjoyable and they feel accepted for who they are.”

There’s a bonus to having a classroom in the community: Families have an easier time participating in activities. Ms. John says that especially for parents who had difficulties in their own schooling, walking into a classroom in Fort William First Nation – as opposed to a foyer at a bigger school in Thunder Bay – is more welcoming. “I think the parents take more ownership because it’s here in their community.”

Morris DeCorte, who works at the community centre, often stops by to visit Leena, his granddaughter. On a recent morning, he waved at her as she played with friends in the small schoolyard. “I get to see her every day. I really like that it’s here,” he said warmly.

When the plan to open the satellite classroom was first brought forward, there were some concerns that the children would effectively be segregated from the rest of the student population. How successful would their transition into Grade 1 at St. Ann be? Would they be ready for a bigger school if they were separated for two years in the kindergarten program?

Families, she said, have a choice of attending the satellite school or having their children cross the bridge into St. Ann, where the Indigenous student population makes up more than half the school. The majority choose to stay in their community. Further, she said, it’s not about segregating children, but rather about giving them a strong foundation before they attend a bigger school in the city.

“We were so used to busing our kids into the city that there was misconceptions: ‘Are we segregating our children kind of thing?’ No, absolutely not. We have an opportunity here to have them flourish in this classroom setting,” Ms. Bannon said.

Ontario’s kindergarten program is unique in Canada because it incorporates two years of full-day, play-based learning. Research has found that full-day pupils are ahead of their half-day peers in reading, writing and number knowledge by the end of Grade 2. They also make emotional and behavioural gains, which includes the ability to follow instructions and co-operate with peers.

Charles Pascal, the architect of the province’s early learning plan and a professor at the Ontario Institute for Studies in Education at the University of Toronto, said that although the satellite school will provide Fort William children with a great start, the incorporation of language and culture into their elementary school curriculum needs to continue beyond kindergarten.

“The so-called mainstream school into which these kids will enter needs to ensure its approach is informed by a deep cultural and respectful understanding of the needs of Indigenous students,” Prof. Pascal said.

Mr. Belisle said his board is moving toward incorporating more Indigenous culture and language in all its schools.

“I think that one thing that graduation rates will tell and [provincial standardized tests] tell you is a child’s attitude toward school is connected to their achievement.

“So if this is one way to help their attitude and how they feel about themselves as learners, then it is going to improve achievement and, eventually, we could have our first graduating class that started here.” 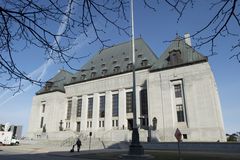 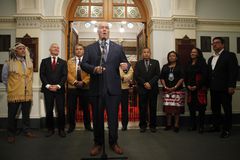 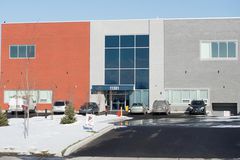