A sound like constant rainfall overpowers the rustle of leaves in Toronto’s Evergreen Brick Works park.

The insect droppings hitting the ground in a steady pitter-patter are officially called “frass.” The scene has been unfolding in many parts on Ontario, and the culprits are thousands of black, two-inch-long caterpillars, perched in grand numbers on the province’s trees since late May.

Gypsy moth caterpillars, Lymantria dispar dispar, have been detected in Canada as early as 1969 and are prone to infestations every seven to ten years. Experts say 2021 might be a banner year for them in Ontario, as they continue to populate conservation areas, city parks and backyards. In doing so, they are also defoliating trees, damaging some forests and causing allergies in children.

A ticking time bomb: Canada’s tick seasons are getting worse, and they’re no longer just a rural menace

David Beresford, a biologist and assistant professor at Trent University, said while the insects can cause rashes, and their feces can accumulate and produce fungus, the infestation is more distressing than it is harmful.

“Most of the trees they are attacking are robust,” he said. “They’ve evolved to work with outbreaks. It’s not ideal, but it’s a temporary problem.”

According to the federal government, Gypsy moth caterpillars are prominent in the Maritimes and Quebec, but experts in other jurisdictions say Southern Ontario is being hit hardest in 2021. Last year, they defoliated 586,385 hectares of surface of trees in the province, up from roughly 47,000 hectares in 2019. This year’s tally will not be known until the fall, but the Ontario government predicts 2021 numbers could resemble last year’s.

Dr. Beresford said the best way to solve the problem is by giving it time. Gypsy moth caterpillars tend to metamorphose into moths by August, and then their numbers decline naturally as they die off from predators and viruses.

In recent years, several cities in Southern Ontario used aerial pesticide Btk in an attempt to quash the outbreak. Ontario Parks announced on its website it had no intention to spray any of its properties this year because the control agent can damage the ecosystem by also killing butterflies and other species of moths. Dr. Beresford thinks that is the right call.

“By trying to control or spray them, you delay the natural process of predation. We see a problem at its worst, we respond commonly in a knee-jerk reaction, but if we are patient, the problem will solve itself.”

Dr. Beresford said cities that use aerial spray might do so in an attempt to respond pro-actively to citizen complaints.

This year, many cities reverted to localized extermination methods, and some shared do-it-yourself tips on their websites, such as washing trees with soap or making a fly trap with a band of burlap.

City of Toronto communications adviser Ainsley Murray said Toronto did an aerial spray with Btk products last year. She said it would not have been feasible to spray again this year, because the areas most afflicted by Gypsy moths, Toronto’s North and East regions, have a relatively low density of tree canopy.

This year’s strategy instead involved the inspection of more than 30,000 trees for eggs, the removal of egg masses and ground spraying or injecting almost 500 trees with an insecticide called TreeAzin. Ms. Murray said the city will not know how many moths inhabit its trees until the fall. For now, she said they know the insects populate areas that were untouched in 2020.

In Guelph, the city’s urban forestry field technologist Timea Filer said many people in the city cannot enjoy their yards because of the bugs. She said while the caterpillars are more conspicuous this year, they pose no great threat to the region’s greenery and do not warrant an aerial spray.

“They can be disgusting,” Ms. Filer said, “but the risk is still not significant enough that we’re concerned for any negative impact on the urban forest canopy. It’s still within the threshold that we’re comfortable with.”

Mississauga’s last aerial spray was in 2018, cost $1.7-million and involved inconvenient road and highway shutdowns, said the city’s acting commissioner of community services, Jodi Robillos. She said the city had planned not to spray for another seven to ten years, but said the outbreak has compelled her to recommend to council another aerial spray for next year and more frequently after that.

“In particular areas of the city that were predicted low populations, we’re seeing the populations high,” Ms. Robillos said. “So we have to be able to respond to these things quickly.”

She said the city is currently struggling to dispose of all the frass.

“It’s not good all around,” she said.

A ticking time bomb: Canada’s tick seasons are getting worse, and they’re no longer just a rural menace
June 24, 2021 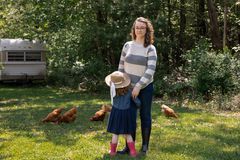 Endangered mottled duskywing to be reintroduced in Ontario
May 31, 2021 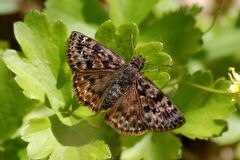 Opinion
How a dull little bird brightened a dismal year
Subscriber content
May 30, 2021