2015: The RCMP charge SNC-Lavalin and two subsidiaries with corruption and fraud for allegedly paying nearly $48-million to public officials in Libya between 2001 and 2011 to influence government decisions under the Moammar Gadhafi regime. The RCMP also charged the Montreal-based company, its construction division and a subsidiary with fraud and corruption for allegedly defrauding Libyan organizations of about $130-million.

May, 2015: Then-SNC Lavalin chief executive officer Robert Card says the company would like to arrange a deferred-prosecution agreement with Ottawa to avoid prosecution and developments that might jeopardize the company’s work.

September, 2017: Trudeau government launches consultations on whether to introduce deferred-prosecution agreements, also called remediation agreements, as an “additional tool for prosecutors” to address corporate crime. Such deals suspend criminal prosecution if the accused admits to facts that would support a conviction, pays a penalty, relinquishes any benefit gained from the wrongdoing and co-operates with authorities.

February, 2018: The 2018 budget includes amendments to the Criminal Code to allow remediation agreements, which are already used in Britain and the United States.

Oct. 10, 2018: SNC-Lavalin announces the director of the Public Prosecution Service of Canada advised the company it would not be invited to negotiate a remediation agreement.

Oct. 19, 2018: SNC-Lavalin files with Federal Court an application for judicial review of the director’s decision.

Jan. 14, 2019: Jody Wilson-Raybould is shuffled from her position as minister of Justice and attorney-general to minister of Veterans Affairs and associate minister of National Defence.

Feb. 7, 2019: The Globe and Mail reports that Prime Minister Justin Trudeau’s office attempted to press Ms. Wilson-Raybould when she was Justice minister to intervene in the corruption and fraud prosecution of SNC-Lavalin.

Feb. 7, 2019: Mr. Trudeau denies that senior officials in the PMO “directed” Ms. Wilson-Raybould in her previous roles to intervene in the SNC-Lavalin case.

Feb. 8, 2019: Senior government officials confirm to The Globe that discussions were held with Ms. Wilson-Raybould on options in the case of SNC-Lavalin, including shelving the prosecution to help workers who could be affected if the company were convicted.

Feb. 10, 2019: New Attorney-General David Lametti says it is still possible he could issue a directive to the prosecution service to settle corruption charges against SNC-Lavalin outside of court.

Feb. 11, 2019: Ethics Commissioner Mario Dion launches an investigation into the allegations that the Prime Minister’s Office pressed Ms. Wilson-Raybould to abandon the prosecution of SNC-Lavalin, saying there is enough evidence to warrant a probe under a section of the Conflict of Interest Act.

Feb. 11, 2019: Mr. Trudeau says Ms. Wilson-Raybould’s continued membership in his cabinet is an indicator to Canadians that she is not unhappy with the government. “Her presence in cabinet should actually speak for itself.”

Feb. 12, 2019: Ms. Wilson-Raybould resigns as veterans affairs minister and says she’s hired former Supreme Court justice Thomas Cromwell to advise her on the limits of solicitor-client privilege in this case. In Winnipeg, Mr. Trudeau says he’s surprised and disappointed that Ms. Wilson-Raybould has quit, and that if she felt undue pressure in her role as attorney-general, she had a duty to report it to him.

Feb. 13, 2019: The House of Commons justice committee debates its own probe of the issue. Liberals use their majority to call one closed-door meeting and hear from senior officials (Mr. Lametti, the top bureaucrat in his department, and the Clerk of the Privy Council) who can talk about the tension between the minister of justice’s duties as a politician and his or her responsibilities as attorney-general of Canada. The Liberals say this is a first step in a cautious investigation; the opposition calls it a cover-up.

Feb. 15, 2019: Mr. Trudeau says in Ottawa that Ms. Wilson-Raybould asked him in September whether he would direct her one way or another on the SNC-Lavalin question; he says he told her he would not.

Feb. 18, 2019: Gerald Butts, Mr. Trudeau’s closest adviser and long-time friend, resigns as his principal secretary. He denies any impropriety and says his continued presence in the Prime Minister’s Office has become a distraction.

Read more: Wilson-Raybould retains former Supreme Court justice to advise her on what she can tell public 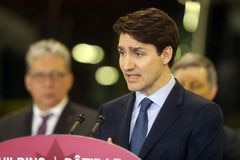 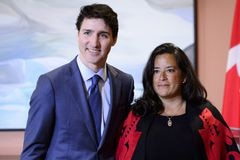 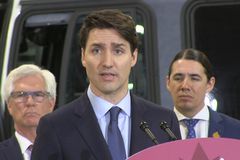