“For a period of approximately four months between September and December, 2018, I experienced a consistent and sustained effort by many people within the government to seek to politically interfere in the exercise of prosecutorial discretion in my role as the attorney-general of Canada in an inappropriate effort to secure a deferred prosecution with SNC-Lavalin.”

That is how former attorney-general Jody Wilson-Raybould began a detailed explanation of her concerns about being pressed by members of the Prime Minister’s Office (PMO) and other officials. Here is a summary of the key events, according to the former minister’s committee testimony on Wednesday.

Sept. 4, 2018: Ms. Wilson-Raybould and her chief of staff, Jessica Prince, are in Australia following a meeting of the Five Eyes intelligence-sharing countries when they receive a decision by Kathleen Roussel, the director of public prosecutions (DPP). The note said the DPP is of the view that prosecutors will not seek a negotiated settlement in relation to criminal charges SNC-Lavalin faces and that no public announcement will be made.

“He wanted to talk about SNC and what we could do, if anything, to address this,” Ms. Wilson-Raybould said. “He said to her that if they don’t get a DPA [deferred prosecution agreement], they will leave Montreal, and it’s the Quebec election right now, so we can’t have that happen. He said that they have a big meeting up on Tuesday and that this bad news may go public.”

The same day, Ms. Wilson-Raybould requests a one-on-one meeting with Prime Minister Justin Trudeau to discuss “another matter of urgency” as soon as she was back in Canada. A meeting would then be scheduled for Sept. 17.

Sept. 11: A follow-up conversation takes place between Mr. Chin and François Giroux, a member of Ms. Wilson-Raybould’s staff. Mr. Chin points out that SNC-Lavalin’s legal counsel is former Supreme Court justice Frank Iacobucci and details terms that SNC was prepared to agree to as part of a negotiated settlement.

Sept. 16: Ms. Wilson-Raybould’s chief of staff speaks by phone with Mathieu Bouchard and Elder Marques, two senior advisers in the Prime Minister’s Office. “They said they think we should be able to find a more reasonable resolution here,” Ms. Wilson-Raybould said. The two PMO advisers recommended that the government should seek outside advice on the SNC issue.

“The Prime Minister asks me to help out – to find a solution here for SNC – citing that if there was no DPA there would be many jobs lost and that SNC will move from Montreal,” she said. “I told him that I had done my due diligence and made up my mind on SNC and that I was not going to interfere with the decision of the DPP.” The minister said Mr. Trudeau reiterated his concerns. Then later when Mr. Wernick was making the case in favour of a DPA, “the PM jumped in stressing that there is an election in Quebec... ‘and I am an MP in Quebec – the member for Papineau.’”

“I was quite taken aback,” Ms. Wilson-Raybould said. “My response – and I remember this vividly – was to ask the PM a direct question while looking him in the eye – I asked: ‘Are you politically interfering with my role [or] decision as the A-G? I would strongly advise against it.’ The Prime Minister said: ‘No, no, no – we just need to find a solution.’” Ms. Wilson-Raybould agreed to have a further conversation with the Clerk and her deputy minister, “but that these conversations would not change my mind.”

“The Clerk brought up job losses and that this is not about the Quebec election or the PM being a Montreal MP,” she recalled.

Later that day, Ms. Prince receives a phone call from Mr. Bouchard and Mr. Marques from the PMO. They raise the idea of an “informal reach out” to the DPP. Ms. Prince told the PMO advisers that she knew the minister was not comfortable with that “as it looked like and probably did constitute political interference.”

Ms. Wilson-Raybould also speaks with Bill Morneau, the Finance Minister, in the House of Commons. “He again stressed the need to save jobs, and I told him that engagements from his office to mine on SNC had to stop – that they were inappropriate.”

Oct. 18: After a month-long pause in communications with her office, Mr. Bouchard from the PMO calls Ms. Prince to ask about seeking an external legal opinion on the DPP’s decision not to extend an invitation to negotiate a settlement.

Oct. 26: Mr. Bouchard again raises the issue of an external legal opinion, even though SNC-Lavalin had days earlier filed a request with the Federal Court of Canada to the DPP’s decision.

“Mathieu said that if – six months from the election – SNC announces they are moving their headquarters out of Canada, that is bad,” the former minister recalled. “He said: ‘We can have the best policy in the world, but we need to be re-elected.’”

Nov. 22: Ms. Wilson-Raybould meets with Mr. Bouchard and Mr. Marques, at the request of the PMO. The meeting lasts about an hour-and-a-half.

“I was irritated by having to have this meeting as I had already told the PM et cetera that a DPA on SNC was not going to be happen,” she said. They continue to suggest hiring an outside adviser. “I said no. My mind had been made up and they needed to stop – enough,” she said.

Dec. 5: Gerald Butts, the principal secretary to the Prime Minister, meets with Ms. Wilson-Raybould in the restaurant of the Château Laurier hotel in Ottawa.

“I wanted to speak about a number of things, including bringing up SNC and the barrage of people hounding me and my staff,” Ms. Wilson-Raybould told the justice committee. “Towards the end of the meeting I raised how I needed everyone to stop talking to me about SNC as I had made up my mind and the engagements were inappropriate. Gerry then took over the conversation and said how we need a solution to the SNC stuff – he said I needed to find a solution. I said no.”

Dec. 7: Ms. Wilson-Raybould receives a letter from the Prime Minister, dated Dec. 6, attaching a letter from the chief executive of SNC-Lavalin dated Oct. 15. She responds with a letter stating that the matter is before the courts and that the decision on negotiated settlements is made independently of her office.

“Gerry said ‘Jess, there is no solution here that doesn’t involve some interference,’” wrote Ms. Prince, according to Ms. Wilson-Raybould. “At least they are finally being honest about what they are asking you to do!” the text continued. “Katie was like ‘we don’t want to debate legalities anymore.’ … They kept being like ‘we aren’t lawyers, but there has to be some solution here.’”

Dec. 19: Mr. Wernick calls Ms. Wilson-Raybould, who is at home. “The Clerk said that the PM is quite determined, quite firm, but he wants to know why the DPA route which Parliament provided for isn’t being used. He said: ‘I think he is gonna find a way to get it done one way or another. So, he is in that kinda mood and I wanted you to be aware of that.’”

Ms. Wilson-Raybould told MPs she then warned the Clerk that “we were treading on dangerous ground here – and I issued a stern warning because as the A-G… I cannot act in a partisan way and I cannot be politically motivated. And all of this screams of that.”

Ms. Wilson-Raybould said she viewed the comments directed at her over those two days as “veiled threats" and that “there were many different occasions where the appropriateness line was crossed.”

Jan. 7, 2019: The Prime Minister calls Ms. Wilson-Raybould to inform her that she was being shuffled out of the justice portfolio.

“I will not go into details of this call, or subsequent communications about the shuffle, but I will say that I stated I believed the reason was because of the SNC matter,” Ms. Wilson-Raybould told the committee. “They denied this to be the case.”

Jan. 11: Mr. Wernick calls Ms. Wilson-Raybould’s former deputy minister to tell her that a shuffle is happening and that there will be a new minister of justice.

“As part of this conversation, the Clerk tells the deputy that one of the first conversations that the new minister will be expected to have with the PM will be on SNC-Lavalin,” Ms. Wilson-Raybould said. 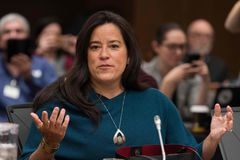 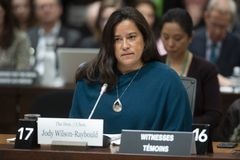