It’s long been suspected that marine debris and plastic was clogging the ocean floor in one of the busiest fishing areas in Atlantic Canada.

But until a group of researchers spent three summers drifting around the Bay of Fundy with a high-definition camera dropped hundreds of metres below the surface, then combed through hours of video, there was little concrete evidence.

A new study out of Dalhousie University shows just how much garbage is sitting on the bottom of the Bay of Fundy, one of Canada’s busiest waterways for aquaculture and commercial fisheries. The debris is “numerous and widespread" and includes everything from abandoned lobster traps and rubber gloves to plastic bags and tires, according to the report published in Marine Pollution Bulletin.

The authors believe it’s the first time anyone has quantified marine debris on the Eastern Canadian sea floor, and they say the results are troubling. It estimates almost two million pieces of junk lie on the bottom of the sea between Nova Scotia and New Brunswick.

About half of what they found was plastics, while abandoned, lost or discarded fishing gear accounted for 28 per cent. Cable, metals and tires were about 21 per cent.

“Scientists always predicted this would be the case,” said co-author Tony Walker, a professor at the school for resource and environmental studies at Dalhousie in Halifax.

“It’s easy to observe tangible evidence when we see it in ditches or on roads or stranded on beaches. But this is the first time we can demonstrate with a great deal of quantitative evidence that it also exists in a place that would otherwise be out of sight and out of mind."

The plastics pose a threat when they are ingested by or entangle sea life, and abandoned traps and lines can smother or damage seafloor habitat. The study also shows how single-use plastic bags are getting into an environment that we may once have thought was out of reach, and adds to the evidence that sea floors are a sink for marine debris.

Focusing on 281 locations over the past three years, the study found an average of 291 pieces of plastic litter, dumped or lost fishing gear and other garbage for each square kilometre of ocean.

“I’m not surprised to see plastics down there. A lot of people probably assume it always floats. But that’s not always the case. Once it gets some organics on it or a barnacle on it, it sinks,” Dr. Walker said.

Much of the garbage was concentrated beneath areas of heavy fishing activity and within nine kilometres of shore. It’s not clear if those “hot spots” are from illegal dumping or because ocean currents pulled the garbage there, he said.

“Unless you take a camera down there, it’s not easy to observe,” Dr. Walker said. “Previous evidence was more hearsay and ad hoc conversation about where debris might occur. Now we’re starting to build a picture."

While there’s more investigation needed to determine how the debris is getting to the bottom of the sea, and where it’s coming from, we already know enough to do something about the problem, he said.

“I think I’m overwhelmed now with the environmental evidence that is out there,” Dr. Walker said. “Plastic pollution has already been documented in all kinds of environments. Now it’s time for action to turn the tap off and control it at source.”

Prince Edward Island has already banned plastic bags, and similar legislation is in the works in Nova Scotia and Newfoundland. But regulators such as Fisheries and Oceans Canada can also change restrictions that make, for instance, lobster fishers less hesitant to bring to shore an abandoned lobster trap that doesn’t belong to them, for fear it might affect their licence.

“The current DFO polices are fairly restrictive in terms of how fishers can retrieve material and bring it back to shore,” Dr. Walker said. “They’re disincentivized to bring material back, because if they bring back other lobster pots, it gives the impression they’ve been poaching or doing illegal fishing. I think a change in policy is necessary.”

Study estimates more than 1.8 million pieces of garbage are strewn over bottom of Bay of Fundy
November 14, 2019 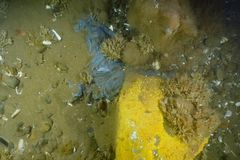 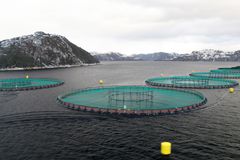 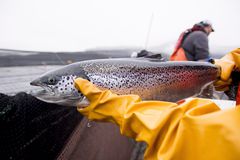