A convicted child killer who became the subject of national outrage when it was learned she’d been transferred to an Indigenous healing lodge is back in prison, the father of her young victim said on Thursday.

Rodney Stafford issued a brief, Facebook post announcing that Terri-Lynne McClintic, who pleaded guilty in the brutal death of his eight-year-old daughter, Tori, was no longer at the Saskatchewan lodge run by Corrections Canada.

“It’s official!!! Terri-Lynne is back behind bars,” he wrote in the online post.

Mr. Stafford later told a Toronto media outlet that Ms. McClintic had been relocated to a prison in Edmonton overnight, noting that Corrections Canada officials told him of the move on Thursday morning.

Ms. McClintic became a figure of national infamy after details emerged about Tori’s 2009 slaying. The girl from Woodstock, Ont., who was missing for three months before her body was found, had been abducted, repeatedly raped, and ultimately bludgeoned to death with a hammer.

Ms. McClintic, 18 at the time of the killing, pleaded guilty in 2010 and offered testimony that helped convict her then-boyfriend, Michael Rafferty. In separate proceedings, Ms. McClintic and Mr. Rafferty were both sentenced to life in prison without any chance of parole for 25 years.

Mr. Stafford learned, however, that eight years into her sentence, Ms. McClintic was quietly relocated to the healing lodge, a facility touted as a path to rehabilitation for Indigenous offenders. The remote, rural lodge is listed as a medium-security institution for women.

Mr. Stafford, who has emerged as a child-safety advocate in the years since his daughter’s death, found himself at the centre of a charged political controversy when word of Ms. McClintic’s transfer emerged.

Prime Minister Justin Trudeau and his Liberal government came under fierce criticism for both the initial transfer and the fact that no move was immediately made to reverse it.

The government said it would review the transfer decision, while the Conservatives repeatedly raised the issue, calling on the Liberals to place Ms. McClintic back in prison.

On Wednesday, Public Safety Minister Ralph Goodale announced more stringent measures governing transfers to healing lodges, adding that the new approach would be applied in both past and future cases.

Mr. Trudeau said on Thursday that the new rules will increase accountability.

“These changes will help ensure guilty parties are held accountable while fostering rehabilitation so we can have fewer repeat offenders, fewer victims, and ultimately safer communities,” he said during Question Period, adding that the government had heard the anguish expressed by Tori’s family.

In an interview with Toronto television station CP24, Mr. Stafford gave Ottawa some credit for sending Ms. McClintic back to a traditional prison.

“I see the reaction from the federal government as being a positive one because the steps have been made to put her back to where she had to go and where she belongs,” he said.

Conservative Leader Andrew Scheer, however, said that the government was doing little more than bowing to public pressure.

“The Liberals have finally backed down and taken action,” Mr. Scheer said during a policy announcement in Brampton, Ont. “But we can never forget that they only made this decision after being forced to.”

The new rules announced by Mr. Goodale specify that prisoners won’t be eligible for transfers to healing lodges without secured perimeters until they’re into the “preparation for release” phases of their sentences. In Ms. McClintic’s case, she would not be eligible for such a move until she nears the end of the 25 years she must serve before being eligible for parole.

The Correctional Service of Canada will also have to consider inmates’ behaviour and how close they are to being eligible for unescorted temporary absences from prison before transferring them. In addition, the deputy commissioner for women will be involved in decisions to ensure national standards are applied consistently and relevant factors are considered.

Mr. Goodale said healing lodges still have a role to play in the correctional system but acknowledged a need for more public education in how prisoner decisions get made.

“These are decisions that are not taken lightly or capriciously,” he said. “They are based on evidence and sound principles, and there needs to be a higher level of understanding of that.”

In addition, there must be more meaningful and useful communication with victims given the anguish they have suffered, he said. “They need to know that their perspective is being properly respected.” 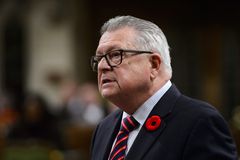 Globe editorial: The Conservatives talk tough on crime but have little else to offer
October 3, 2018 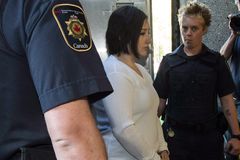