Ontario Treasury Board President Peter Bethlenfalvy says the government has learned from its first budget and has shown a willingness to change course when necessary.

Mr. Bethlenfalvy made the comments as the Progressive Conservative government is set to release its second budget as early as next month. It is seen as a crucial to rebuilding the government’s fiscal credibility after the first budget resulted in significant public backlash over cuts to municipalities, environmental initiatives and legal aid and led to a battle with teachers’ unions over education funding. The spring budget, to be released by Finance Minister Rod Phillips, will be the marquee item of the spring session, which begins Tuesday.

“Being out of government for 15 years and then trying to do a lot earlier on was always ambitious. Were we perfect? No, but we’ll never be perfect. But did we listen and did we course-correct where appropriate?” Mr. Bethlenfalvy said during a recent interview.

“Our second budget is not going to be perfect. It will have the same sort of approach – we’ll give it [our] best shot.”

The 59-year-old provincial treasurer, who manages the board that controls government spending, said the province acted responsibly in the face of outcries over last April’s budget. The rollout resulted in a series of climb-downs by Premier Doug Ford and the demotion of then-finance minister Vic Fedeli.

“You might look at it as backtracking, or maybe that’s the narrative, but I look at that as listening and being responsible and saying we’re not going to get it perfect,” Mr. Bethlenfalvy said.

“We’ll continue to invest in those things that really are significant.” In last November’s fall economic statement, the government said it would spend $1.3-billion more than planned on health care, education and social services, while still shrinking the deficit faster than projected – largely thanks to a strong economy.

A political neophyte with more than 25 years of experience in the financial services sector, Mr. Bethlenfalvy was one of the few high-profile ministers who kept his post in a major cabinet shuffle last June.

“I’m glad about that. It’s very disruptive to change portfolios,” he said.

Calling himself “the minister of savings and efficiencies,” he defended his decision to cap public-sector wage increases at 1 per cent, a major point of contention in the current education negotiations. The unions are asking for 2-per-cent cost-of-living increases, in line with inflation. Mr. Bethlenfalvy said the legislation isn’t targeting any one sector.

“We think it’s fair and reasonable given the context that we’re operating in,” he said. “Everyone’s got to do a little bit.”

He recently made headlines when CTV reported that his government-funded office prepared a social-media campaign to boost his profile, raising questions about allegedly using taxpayer money to conduct party business. He told the broadcaster that a draft memo was sent in error and he did not approve the strategy.

Born in Montreal to Hungarian refugees, Mr. Bethlenfalvy was once the president and chief operating officer of TD Securities in New York. After a decade in the United States, he returned to Canada in 2008. He became co-president of a global credit agency, but decided to run for politics because he was appalled by the fiscal policies of the previous, Liberal government.

“I wasn’t recruited. I offered my services. I’m very fortunate to have the role I have,” he said.

One of his proudest moments was helping organize a Canadian tribute concert in New York after the terrorist attacks of Sept. 11, 2001.

“The outpouring of support for New York from Canadians was unbelievable,” he said, his voice catching with emotion. “I think that’s a big reason why I’m in politics, because Canada’s such a great country.” 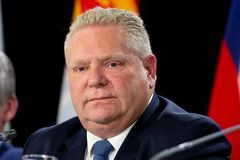 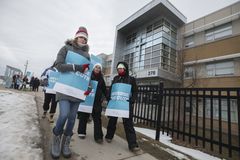