York Regional Police and the South Simcoe Police Service, two forces operating slightly north of Toronto, said they’ve documented either stubbornly high or rapidly increasing instances of impaired driving in recent years. They said that since high-profile cases and public awareness initiatives have done little to curb the behaviour, they’re reversing long-standing policies and beginning to identify those who wind up facing charges of driving while impaired by alcohol or drugs.

South Simcoe Police said the move is temporary for now, lasting only through the month of December, but York regional police said their new approach is expected to stay in place indefinitely.

“We’re really trying every possible avenue we have at our disposal because we haven’t seen the numbers decreasing,” Const. Laura Nicolle of the York Region force said in a telephone interview. “We really are at that place where we have to keep being aggressive. We can’t allow it to go on.”

Nicolle said York Region officers have seen persistently high numbers over the past few years, adding at least 1,400 impaired driving charges have been laid in the region throughout 2018 alone.

The force said 27 of those charges came this past weekend, including some against a man alleged to have been driving with a blood-alcohol content four times over the legal limit.

Five fatalities in the past 11 months have done nothing to keep people from taking the wheel while under the influence, she said, adding even a particularly high-profile tragedy involving a drunk driver three years ago didn’t bring people to their senses.

In September 2015, three young children and their grandfather were killed when Marco Muzzo slammed into the car they were travelling in while on his way home from a bachelor party. Muzzo ultimately pleaded guilty in the case, received a 10-year prison sentence, and had his parole application denied last month.

Nicolle said the force had hoped to see a decrease in impaired driving episodes in the wake of the Muzzo case, but said that never materialized.

So far this year, the force said it has made 96 impaired driving arrests.

The force’s police chief said the prospect of public notoriety will hopefully give people pause about taking the wheel while impaired.

“We hope that by being held publicly accountable, it might cause people to think twice about their actions,” Andrew Fletcher said in a video shared on the force’s Twitter account. “We need to change the conversation about driving while impaired and make it socially unacceptable to put others at risk because of the poor decisions of a few.”

One criminal defence lawyer is openly skeptical that the move will be an effective deterrent, adding that it also stands to pose problems for the accused long after charges have been resolved.

Sean Robichaud said public identifications can live indefinitely online and brand someone for life, potentially having ramifications on everything from social standing to employment prospects.

He said police forces may lack the resources to update their online lists if someone accused of impaired driving has been acquitted or had their charges withdrawn. The same applies to media outlets that may choose to report the charges and then name those accused, he said, noting that several news organizations opt not to publish names in many cases in order to avoid complications down the road.

Nicolle said York Region police will expunge the names of those facing charges after 30 days. Robichaud, however, said the damage may already have been done.

“I think it’s almost a way of circumventing a criminal record and making it far more public and accessible than one you’d be able to obtain through a criminal record search which typically requires one’s consent,” he said.

Robichaud also questioned whether or not publicizing names is effective as a deterrent, citing a lack of evidence to support the practice.

Ontario’s Niagara Regional Police Service, which has been sharing names of those charged with impaired offences for the past five years, did not provide arrest numbers for the period before or after their policy went into effect.

“What we have seen is that the release of names has kept the conversation around impaired driving in the Niagara Region at the forefront,” spokeswoman Stephanie Sabourin said, noting that the force keeps news releases on the charges online for 30 days. 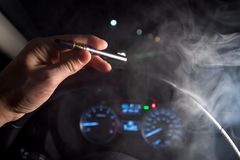