Toronto is considering an ambitious new plan to combat homelessness as the COVID-19 pandemic continues to exacerbate the issue.

In a draft report developed by the Shelter, Support and Housing Administration (SSHA) in conjunction with United Way, city officials have put forward a number of potential strategies to get people off the street and keep them housed.

One of the primary ideas suggested in the report is for the city to lease and purchase old buildings and office spaces to be converted into permanent housing.

Other proposals include the transformation of existing emergency shelter spaces into permanent housing units; the rapid construction of modular housing; and the creation of a more robust network of harm reduction and addiction resources.

The report does not give an idea of how much money would be needed to make the plan a reality, but Toronto MP Adam Vaughan says it would likely cost hundreds of millions of dollars a year.

Vaughan, an advocate for increased public spending on housing, acknowledges the price tag may upset residents worried about higher taxes, but says the end result would significantly cut costs already allocated to treating the symptoms of homelessness, as well as improving society as a whole.

“A homeless person is just a neighbour without a house. When you house them, they turn into neighbours, and none of us talk about our neighbours this way,” Mr. Vaughan said.

“I appreciate the heavy toll that downtown residents pay, but at the same time, we have a significant population of people whose health risks are something which should concern us all.”

Street nurse Cathy Crowe, who has worked with Toronto’s homeless population for more than two decades, said the SSHA’s draft report falls short in answering how it will address the complexities that will come along with attempting to implement such big changes.

Ms. Crowe called the suggestion of closing the city’s Out of the Cold emergency shelter program without offering an alternative “vague,” and said that the report doesn’t offer any specifics on how the city could handle the transition from the current system to the one envisioned.

She also said the lack of advocacy for minor changes that could be implemented immediately in the shelter system – such as the elimination of bunk beds and the end of communal living conditions – leads her to believe the report may not survive under scrutiny.

“It reads as a well-intentioned report, but it seems like it wants to please everybody,” Ms. Crowe said.

At the height of the pandemic, public-health risks posed by homelessness caused the city to begin testing the primary strategy put forward in the SSHA report: the leasing of buildings to be used as temporary housing.

The move came after encampments across the downtown core rapidly expanded, driven by outbreaks of COVID-19 that swept through the city’s shelter system and pushed many homeless people outdoors.

Out of all of the leased properties, the most contentious have been three buildings situated in an upper-middle class neighbourhood in the city’s midtown area.

Although two of the three leased buildings in the area are now vacant, the one remaining site – the Roehampton Hotel – has been the target of protests by some local residents.

A formerly homeless resident who lived in one of the now-vacant buildings, Rob Dods said he understands the concerns that residents in the area have, and points out it’s not just them who have felt unsafe around the leased buildings.

Mr. Dods, who now lives in a subsidized building closer to downtown, said the problem lies in the fact that homeless people are often painted with one brush and housed together in a single space without consideration of their individual needs or potential for conflict.

“Staying in shelters is not fun,” Mr. Dods said. “There’s a lot of mental-health issues, addiction issues, aggression issues. It’s not one person’s fault, but it gets messy when everyone gets put together like that.”

Ms. Crowe and Mr. Vaughan agree, arguing that a successful strategy in the fight against homelessness will be one that spreads affordable housing out across the city, rather than centralizing it in a small handful of buildings.

Using the current tension over the Roehampton Hotel as an example, the two said the city failed to anticipate the blow-back from moving hundreds of the city’s homeless into the neighbourhood so quickly – potentially jeopardizing future attempts at converting buildings into permanent housing.

“I think the city opened the door for a dramatic increase in [conflict] because of their failures at providing support,” Ms. Crowe said. “It takes a lot of support on site to keep things calm.”

The city has confirmed that the final version of the SSHA report will be presented to the planning and housing committee on Sept. 22. 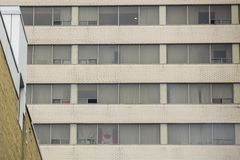 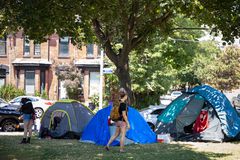