A prominent Toronto pain specialist accused of sexually assaulting patients over a span of 14 years is facing 15 additional charges, including one involving a weapon.

Toronto police announced Sunday that they have charged Allan Gordon, 75, with 14 counts of sexual assault and one count of sexual assault with a weapon as part of a continuing criminal investigation. He was charged in December with sexually assaulting five patients.

Toronto Police Detective Lisa Forbes confirmed late Sunday night that the 13 individuals involved in the latest charges were also patients of Dr. Gordon’s, bringing the total to 18. She said she cannot disclose the type of weapon he allegedly used. Police expressed concerns there may be more victims.

Dr. Gordon, a neurologist, was director of the Wasser Pain Management Centre at Mount Sinai Hospital in Toronto when he allegedly sexually assaulted the five patients between 2002 and 2016, police said. The police declined to say when the latest alleged assaults took place. Dr. Gordon is scheduled to appear in court at Toronto’s Old City Hall on Sept. 2.

“We are very concerned to hear of the additional individuals who have been impacted by this case,” Mount Sinai spokeswoman Barbara McCully said in an e-mail on Sunday. She said Mount Sinai will fully co-operate with police if the latest charges involve patients treated by Dr. Gordon at the hospital.

Jordan Assaraf, a Toronto lawyer who is representing seven former patients in civil lawsuits, said he is glad more charges have been laid. “I just don’t think the college did enough for these victims,” he said in an e-mail.

David Humphrey, a Toronto criminal lawyer representing Dr. Gordon, could not be reached for comment on Sunday. Officials at the College of Physicians and Surgeons did not respond to a request for comment.

Dr. Gordon joined Mount Sinai in 1975 and became chief of neurology in 1981. During his four decades at the hospital, he was known as a top pain specialist and the go-to doctor for patients afflicted with a rare disease called Ehlers-Danlos syndrome, a connective-tissue disorder that is often misdiagnosed and misunderstood. Symptoms include chronic migraines, debilitating muscle and joint pain, and abdominal pain.

Documents obtained by The Globe, including the civil lawsuits and college reports summarizing the patients’ complaints, describe the alleged abuse that took place during physical examinations. One woman accused Dr. Gordon of thrusting his crotch against her vagina; another accused him of sexually stimulating her clitoris; another accused him of inserting a finger in her anus without her consent.

The college refused to divulge how many patients complained about Dr. Gordon and removed from its public website any mention that he once stood accused of sexually abusing a patient during a medical exam in May, 2015. It closed the files of women who complained and did not publicly acknowledge their allegations, The Globe reported.

Instead, Dr. Gordon pleaded "no contest" before a discipline panel in October, 2018, to the less serious offence of professional misconduct for failing to obtain a patient's "informed consent" for a pelvic exam.

As part of the settlement, he agreed to resign and never reapply to practise medicine in Ontario or any other jurisdiction. He was 73 at the time.

The Gordon case has raised questions about whether the medical regulator is equipped to investigate sexual-abuse complaints, said Marilou McPhedran, a senator and human-rights lawyer who has chaired three government-appointed inquiries in Ontario on the sexual abuse of patients.

The most recent inquiry led by Ms. McPhedran recommended in 2016 that the government take away the health regulatory colleges’ ability to prosecute and adjudicate sexual-abuse complaints and place that power in the hands of a new centralized body and independent tribunal. However, the Ontario government has said it has no plans to change the status quo. 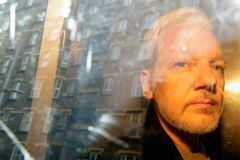 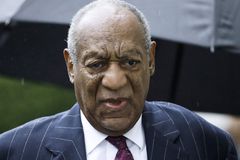