Male equity partners at Aird & Berlis, a major Bay Street law firm, earn an average of 17 per cent more than their female counterparts over all, but the wage gap disappears among those who have been practising for two decades or less, according to an analysis of its compensation.

Aird & Berlis formally calculated its gender wage gap in February for the first time, after reporting from The Globe and Mail about pay inequities in the legal sector. It is the first large law firm in Canada to voluntarily release this type of information.

Steven Zakem, the firm’s managing partner, said he was surprised the overall average was so high at 17 per cent, “because we felt our system was fair and open.”

But the firm drilled down further and noticed the imbalance was concentrated in the group who have been practising for more than 20 years. In this, Mr. Zakem said, he took some comfort for the future.

“It looks like the overall gap will be eliminated over time as more senior people retire and the proportion of women to men becomes more balanced,” he said. “I’m confident in what we’re doing.”

In fact, among the firm’s equity partners who were called to the bar after 1999, women actually out-earned men by 5 per cent on average. This group makes up 42 per cent of the 125 lawyers at that level.

At the firm’s more junior, associate level, men’s and women’s compensation is also more or less even. Associates at Aird & Berlis are paid on a salary scale based on years of experience, which is typical in the industry. There is more room for discretion when it comes to bonuses, and on this front, women again edged out men. In 2020, 40 per cent of women received a bonus, while 36 per cent of men did. On average, women’s bonuses were higher than the men’s.

In February, The Globe reported that female equity partners at Cassels Brock & Blackwell earned 25 per cent less than their male counterparts, based on projected income for 2019. There was also a gap at the associate level. In total, 80 per cent of male associates took home a bonus, compared with just 44 per cent of women. Additionally, male associates were awarded 69 per cent of the total associate bonus pool.

This Cassels story, which was based on confidential documents reviewed by The Globe, was the first indication of the extent of pay inequities at major Canadian law firms. In the United States and Britain, big law firms have been releasing gender wage gap data for years. Three years ago, the Canadian Bar Association’s Women Lawyers Forum attempted to conduct a survey similar to what is done in the U.S., but Canadian firms refused to provide any pay gap information.

Last month, The Globe contacted Canada’s 25 largest firms to ask if they would consider sharing wage data with a professional research body if asked today. Seven firms, including Aird & Berlis, agreed. Last week, The Globe asked again. Now, 20 of the 25 say they are open to it, subject to an agreed-upon methodology.

There is perhaps no industry that intersects with power more closely than the legal sector. The direct and indirect influence that large law firms have on public discourse, business and politics is immense, which is why in recent years the profession has had to grapple with questions about the people who are – and aren’t – sitting around the decision-making tables. The gender wage gap is one way to measure how well a firm is doing on equity.

At present, it does not appear that any professional body is planning to conduct a compensation survey, so the 25 firms were also asked if they would consider sharing wage gap data with The Globe. Aird & Berlis agreed to provide overall percentages but not specific dollar amounts. The Globe did not have access to its equity partner compensation grid, which lists each lawyer alongside their annual earnings.

Mr. Zakem stressed while some of the trends were positive, the firm has plenty of areas where it needs to improve. For example, among equity partners, just 34 per cent are women. On race, Mr. Zakem said they couldn’t discuss the wage gap because the number of racialized equity partners is so small there would be privacy concerns. It would be a “significant” gap, though, he said, as they are typically younger and therefore toward the bottom of the grid.

Although Aird & Berlis has only just begun analyzing its compensation with a gender lens, Mr. Zakem has some theories about why the gap disappears among equity partners who have been practising for less than two decades. Part of it is a demographic shift. Women have represented more than half of all law school students since 1996. So there are more women in the pipeline. But Mr. Zakem also thinks his firm’s early partner track may play a role.

Aird & Berlis associates can be considered for partner after only five years. At other firms, it may take up to 10 years. As a result, Mr. Zakem suspects that they see more women taking maternity leave as equity partners – who are owners – rather than associates, compared with other firms. Aird & Berlis has developed experience supporting women on maternity leave in a way that keeps them from losing ground.

In interviews with The Globe, law firms have frequently flagged maternity leave as a place where women start to fall behind. Files are passed off and sometimes clients develop a working relationship with the replacement lawyer and don’t want to flip back.

But Andrea Skinner, who chairs Aird & Berlis’s diversity and inclusion committee, said firms need to take an active role in keeping the lawyer who is away connected to the client. Ms. Skinner went on maternity leave as an equity partner and less than a month after returning was the lead lawyer at a two-week hearing.

“I was able to do this largely because of the efforts of a senior male partner to stick handle some of the prep work while I was away, to integrate me in the client relationship early on and then … to seamlessly reintegrate me into the file and to ensure the client was comfortable with and confident in me to handle the hearing,” she said.

“A lot of building your own practice is really about opportunities given to you at the firm,” he said. “As I grow older, so do my contacts at the client. There’s going to come a time … when my contacts retire. I want Andrea integrated with that person but also that person’s successor. It’s good for me, for Andrea, for the firm, for the client.”

The other piece of this is being conscious of which lawyers are being brought into those relationships and ensuring women and racialized staff are getting the same opportunities, he said.

The firm has already been conducting an annual diversity survey, but going forward it plans to start tracking the wage gap based on both gender and race.

“Benchmarks are incredibly important,” Mr. Zakem said. “It prompts a debate about ‘Okay, why are the stats what they are?’ That’s backward looking. And then it gives us some guidance moving forward. … How are the stats changing over time and what is that telling us about our policies, procedures, hiring practices.”

Amplify: On the long road to pay equity, even the baby steps count
March 19, 2021 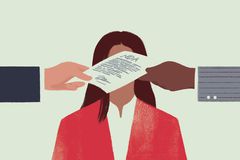 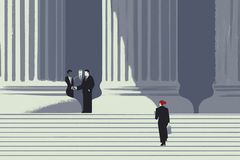 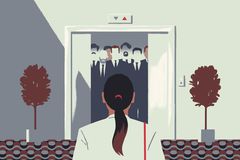